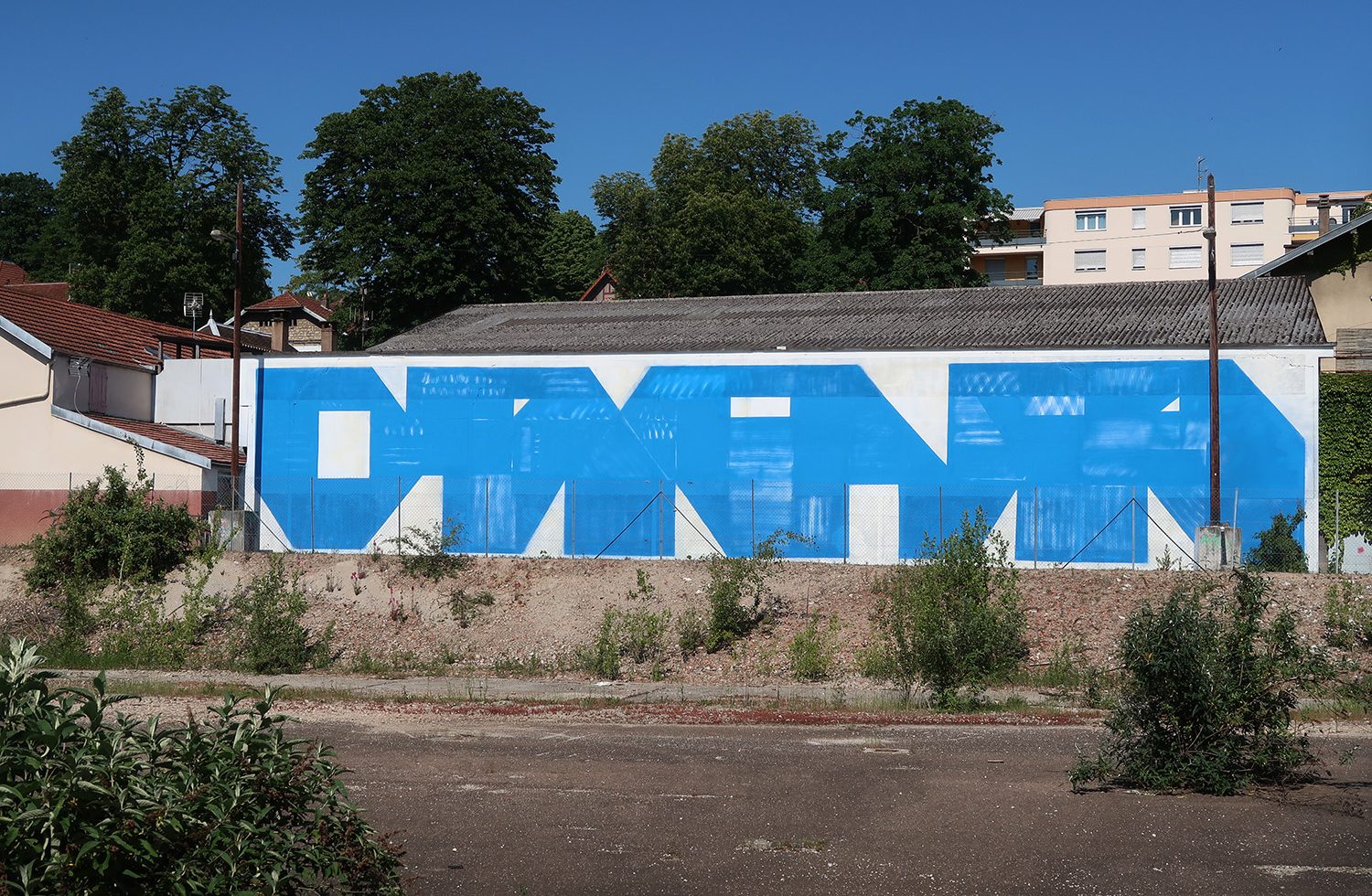 For the tenth edition of the Bien Urbain Festival in Besançon Jeroen Erosie created a 5 x 25 meter mural painting titled Cadre Panoramique. After his contribution to the festival in the Bouloie neighborhood eight years ago, he now realized this new artwork near the Pont de Canot in Besançon.

The Bien Urbain Festival is organized by Juste Ici Association. Over de last ten years around 105 art pieces are created by guest artists in public spaces all around Besançon.