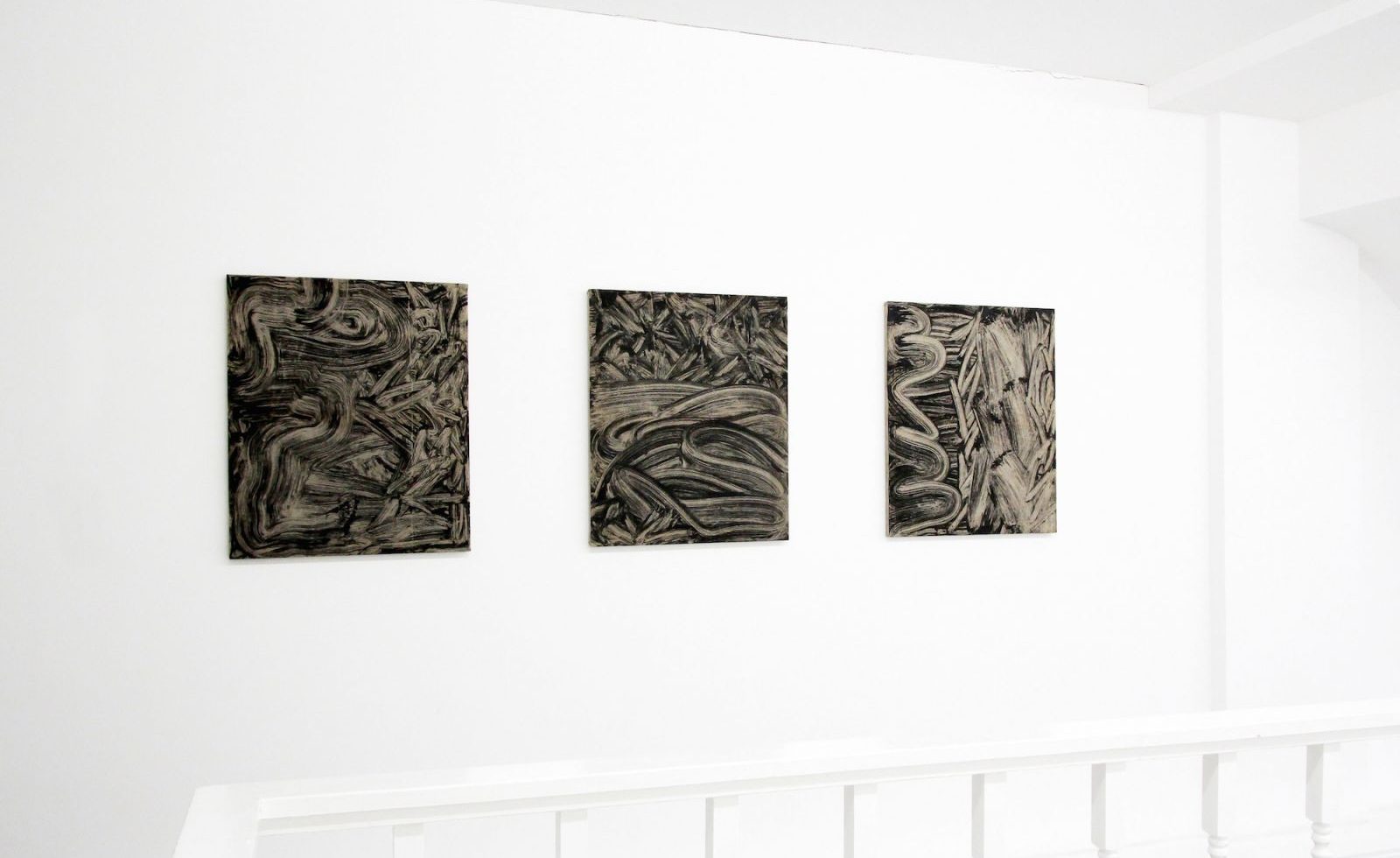 The Mini Galerie is delighted to announce Workers Game, the first solo exhibition by Pablo Tomek with the gallery.

French artist Pablo Tomek is surrounded by an aura of mystery. Growing up in the suburbs of Paris his first artistic endeavors did not take place within the city’s traditional art academies, but in the streets. As a self-taught graffiti artist and a member of the prolific PAL-crew (Peace And Love) he developed a distinct signature, which earned him recognition far beyond the boundaries of the graffiti scene. 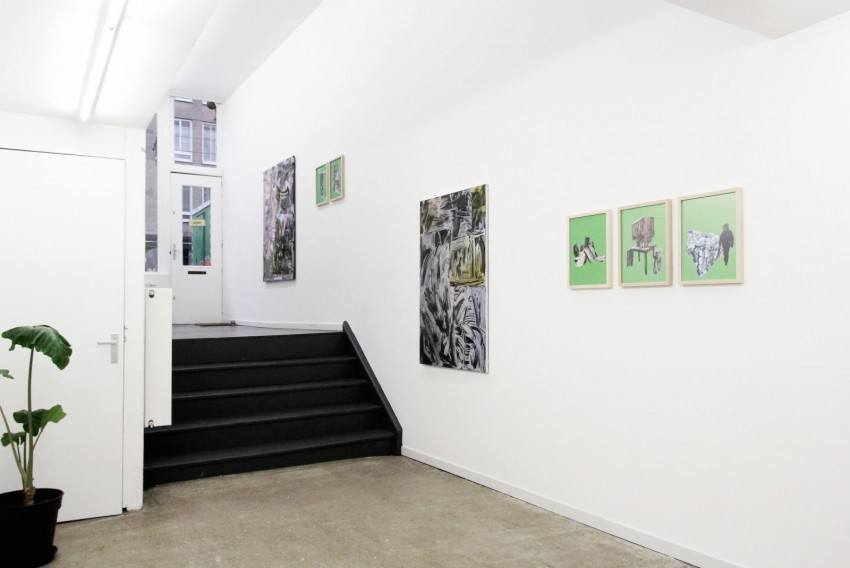 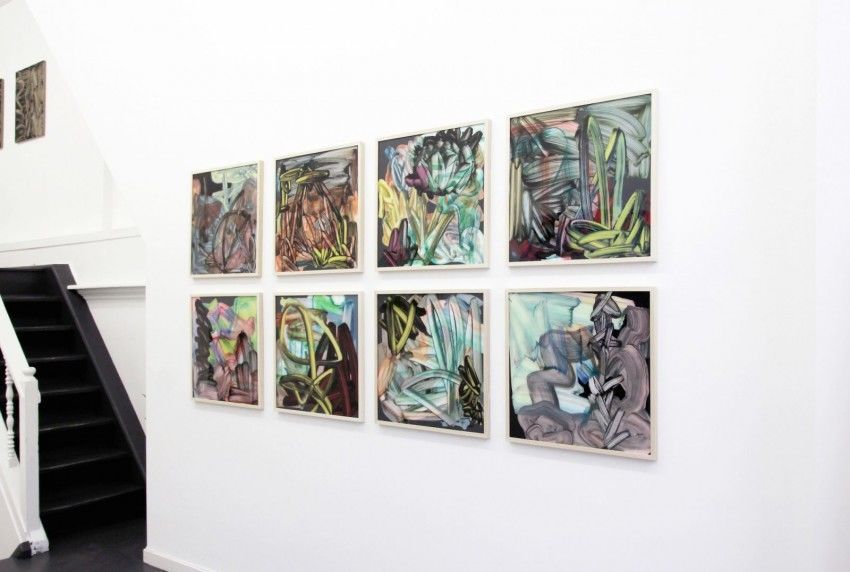 Workers Game features three series of works consisting of paintings on glass panes, prints of assembled installations and so-called relic paintings. According to Tomek all exhibited works are fully autonomous from his classic graffiti. However, there is an important and obvious connection between the two, ranging from the expressive brush strokes, to re-appropriated techniques, collaborative practices, and the use of materials like glass, tarp and spray paint.

By taking the different elements from the urban environment into the gallery Tomek presents the viewer the physical remains on an act that usually disappears over the course of time while he challenges our perceptions of beauty, vandalism and ownership. 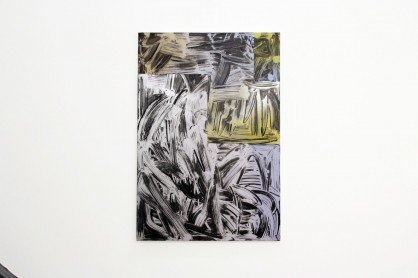 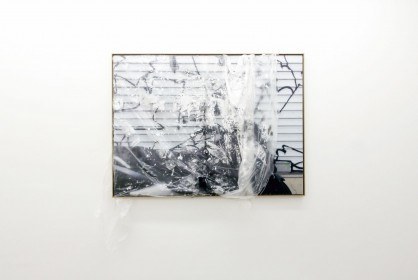 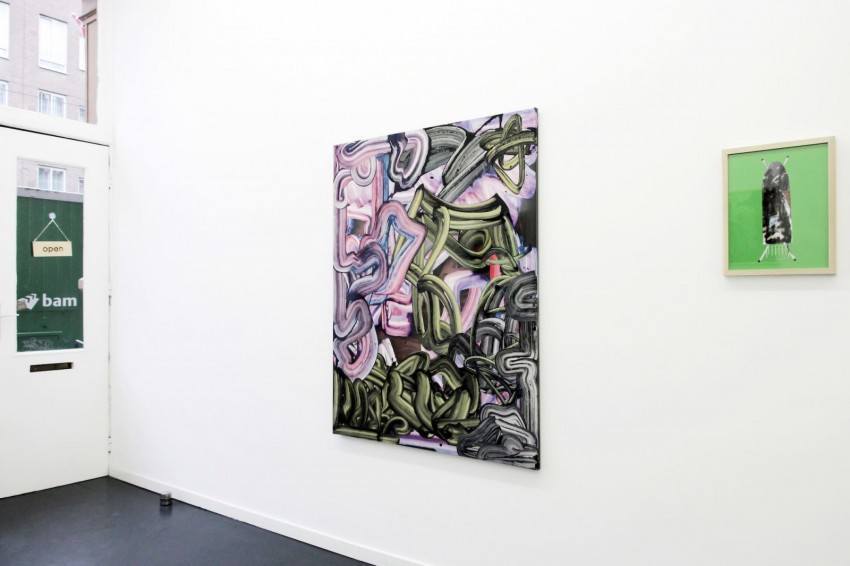 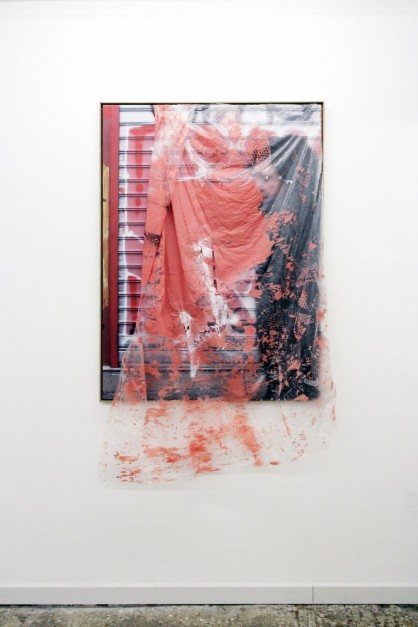 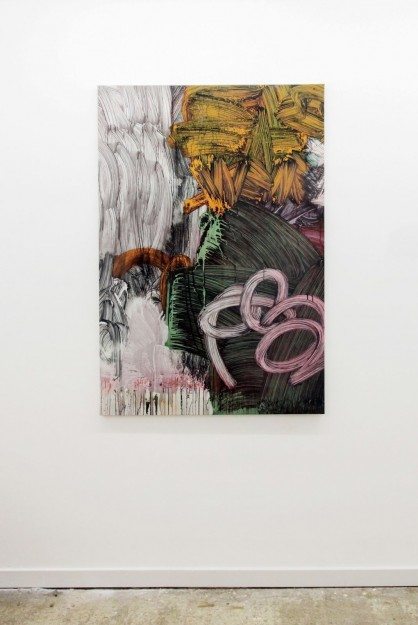 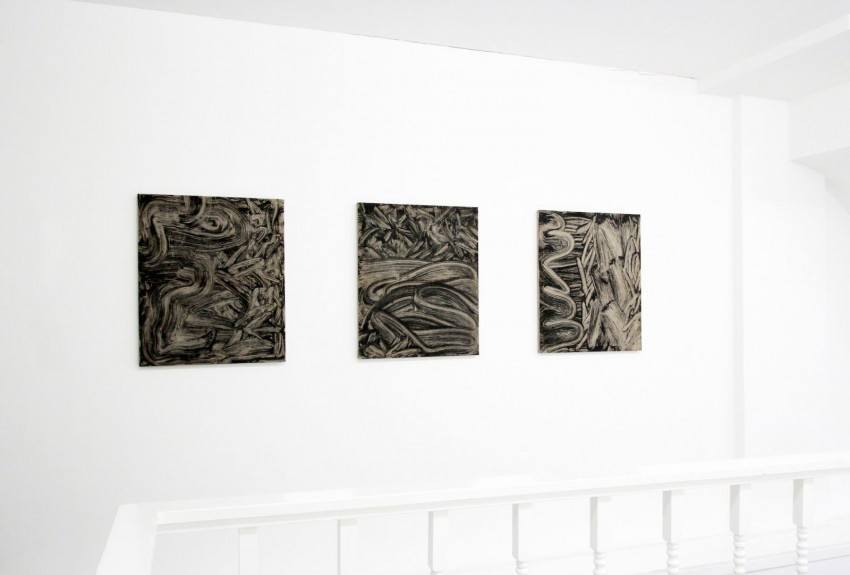