Mini Galerie is proud to present Residue, a solo exhibition of Rutger de Vries, who has contributed to Mini Galerie’s visual identity for years.

Rutger de Vries (1987) is an emerging Dutch artist. Just having completed his residency at Amsterdam’s prestigious Rijksakademie van beeldende kunsten he continuously explores what has been coined post-graffiti art. While de Vries’ work lives off elements and motifs from the graffiti art scene, he institutionalizes not only the world of his youth but an environment of mundane objects. Transforming ideas of urbanity into works of conceptual art, de Vries’ merges two worlds that are often deemed exclusive into one: the street and the art gallery.

De Vries challenges the artist’s role within the production process of the artwork by addressing the notion of authorship and authority. By taking on the term bombing for example, de Vries references to the act of repetitively eternizing your alias by tagging public space with the use of spray-paint. Similarly, de Vries’ self-built, large-scale spray paint installations, that might consist of industrial fire extinguishers or an array of sprinklers, work together in a mechanical system and create explosions of paint. Claiming the art galleries’ walls their own.

Residue refers to the byproduct created during de Vries’ iconic spray-paint installations in movement. Unlike the residue of a chemical experiment de Vries’ works are not merely leftovers, but works of art themselves. They represent the debris that opens up new possibilities, creating a painting without the maker’s active involvement. 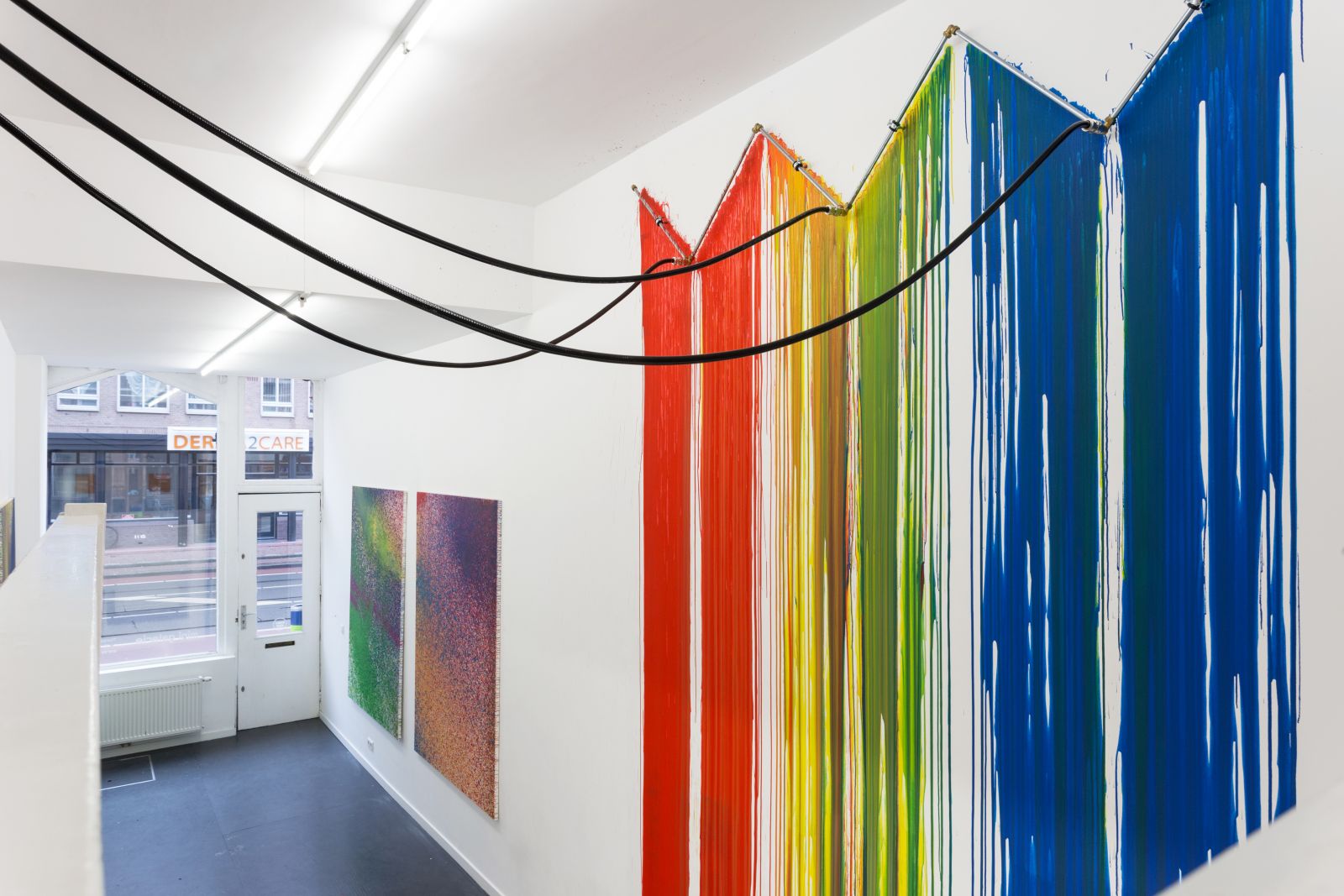 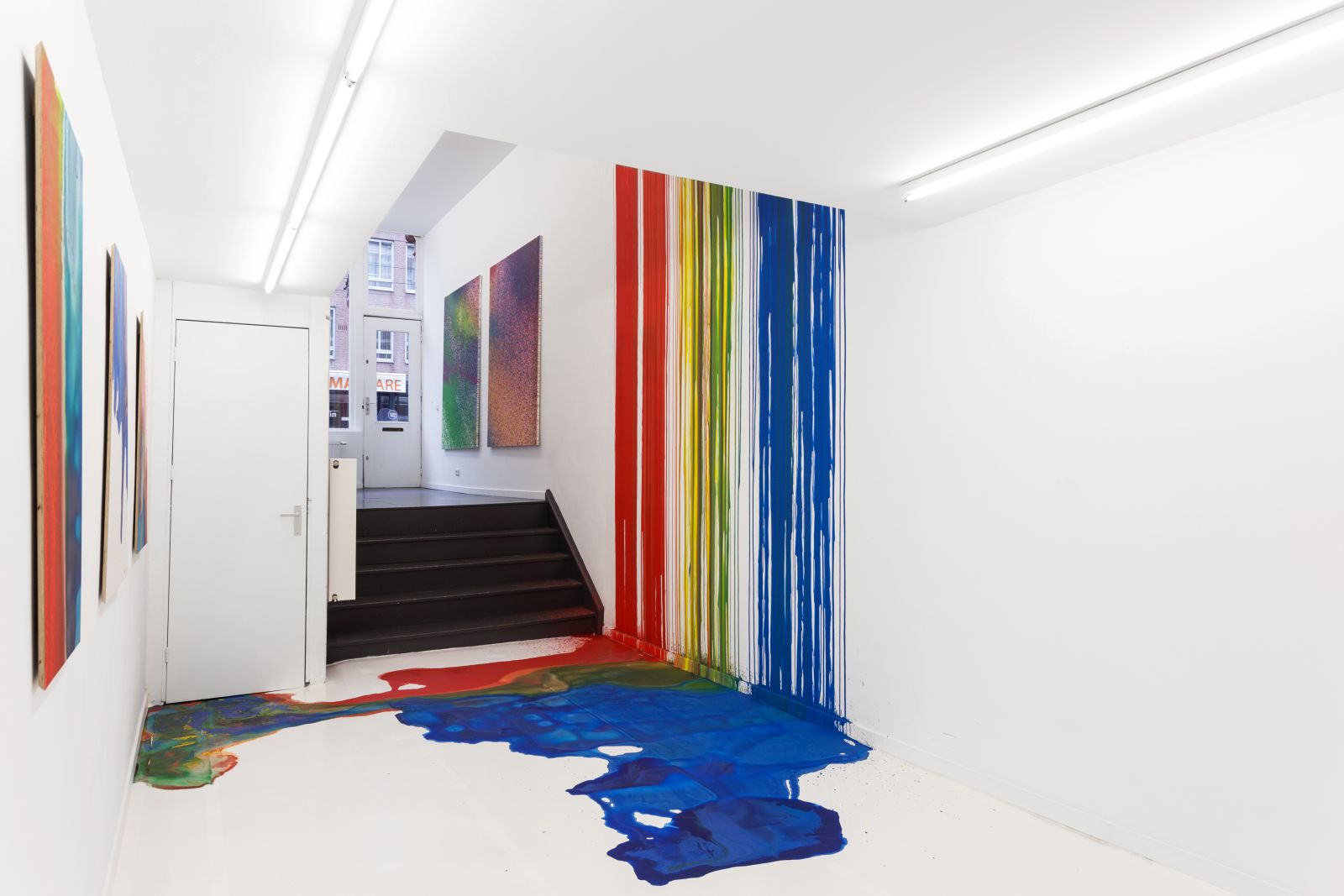 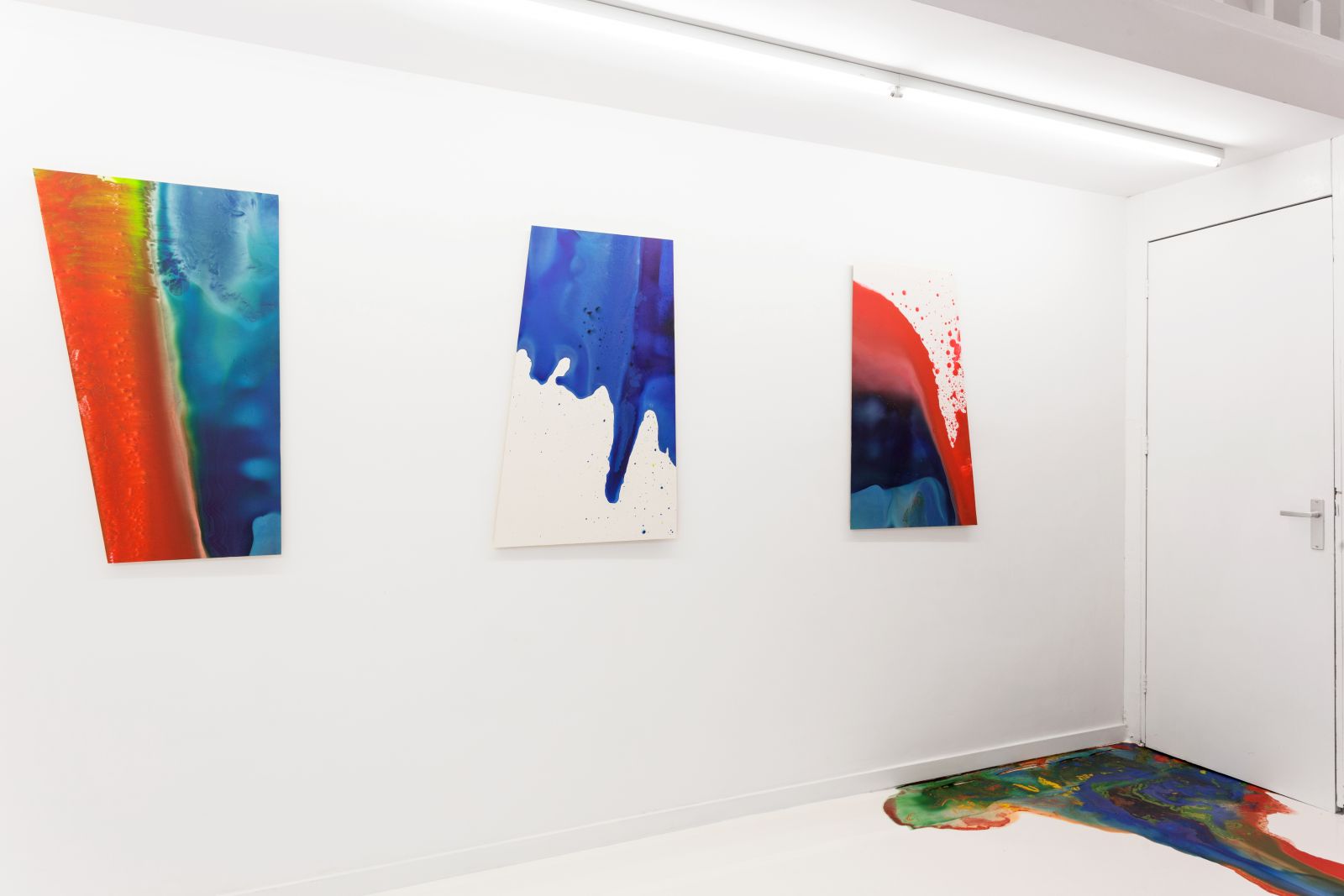 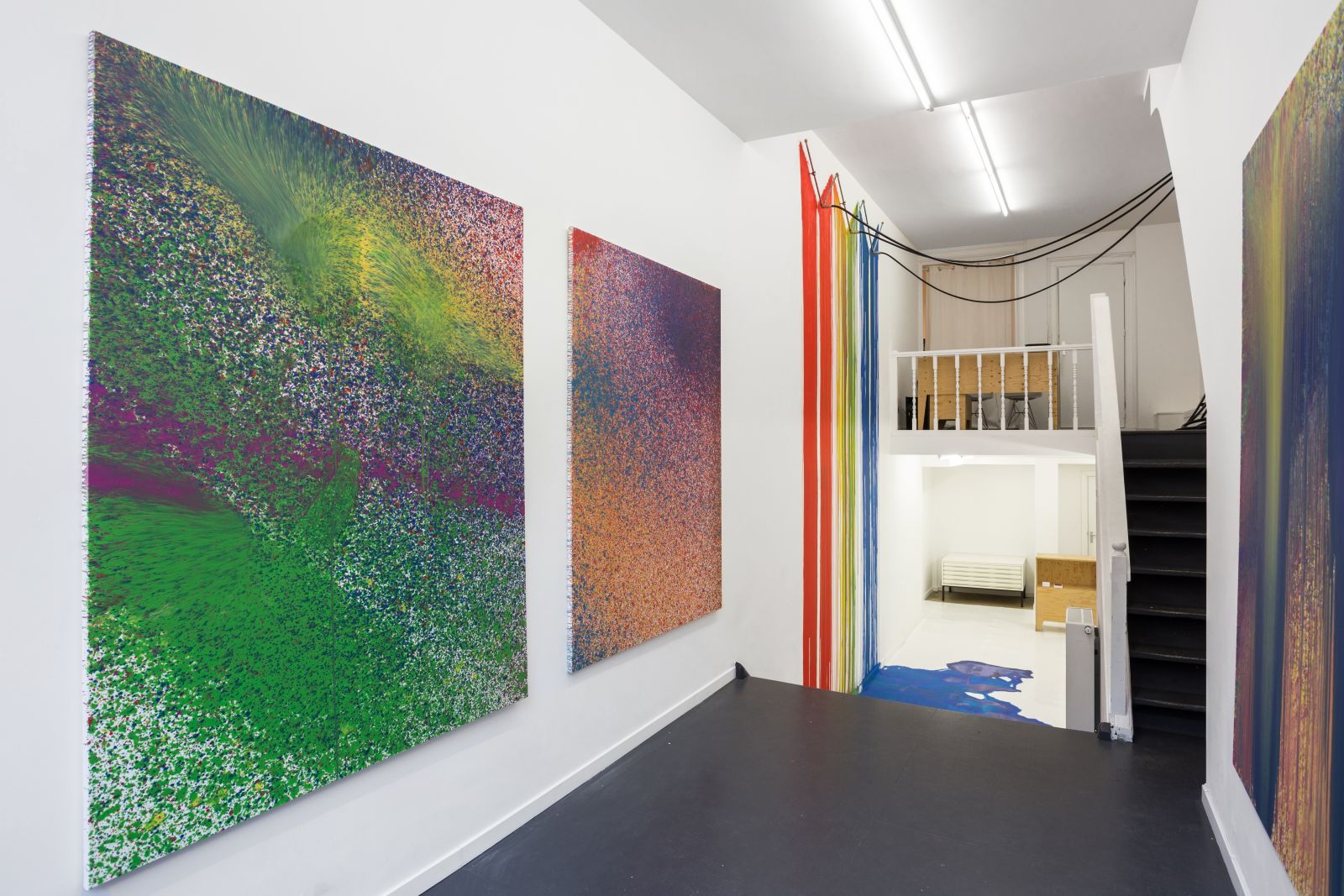 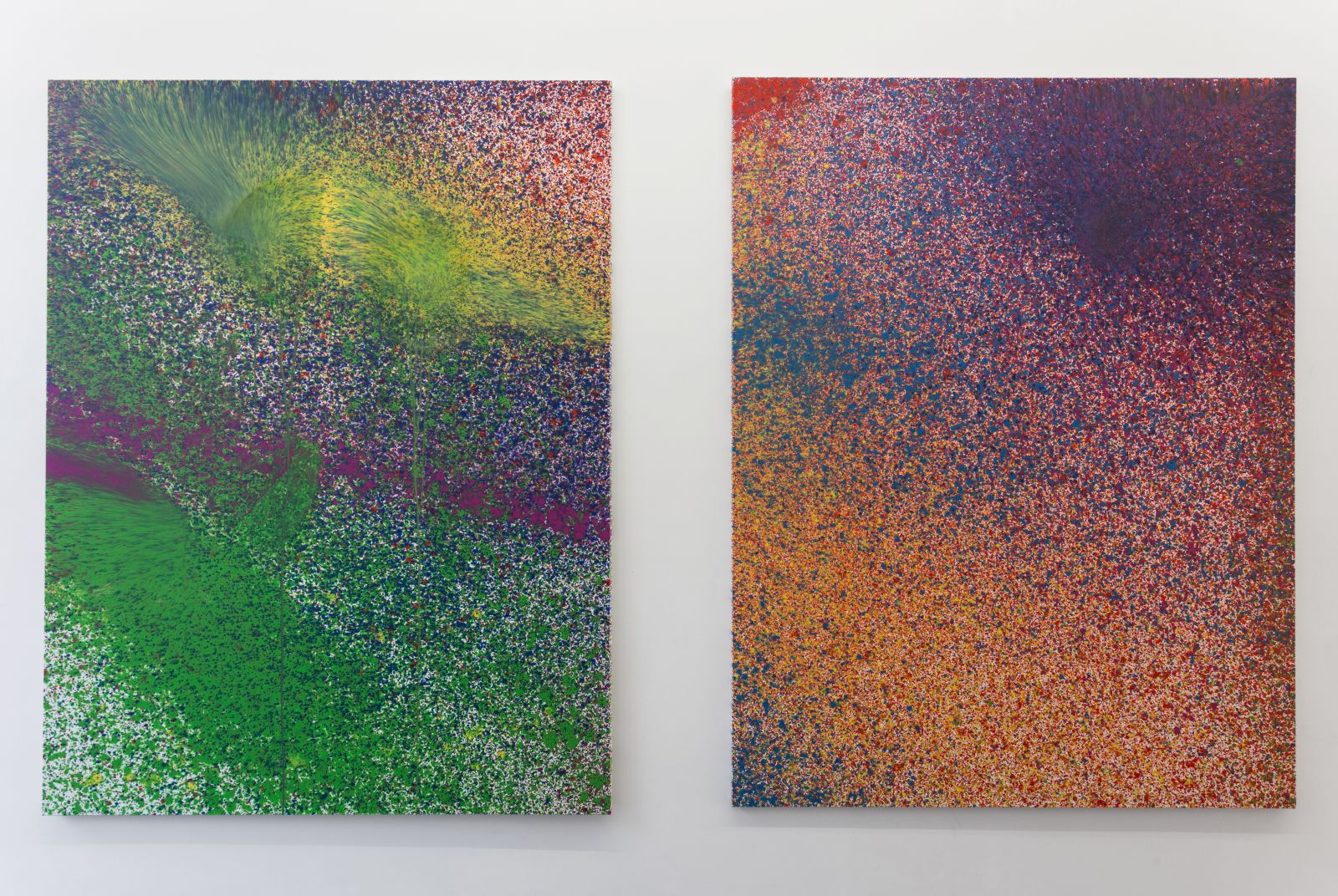 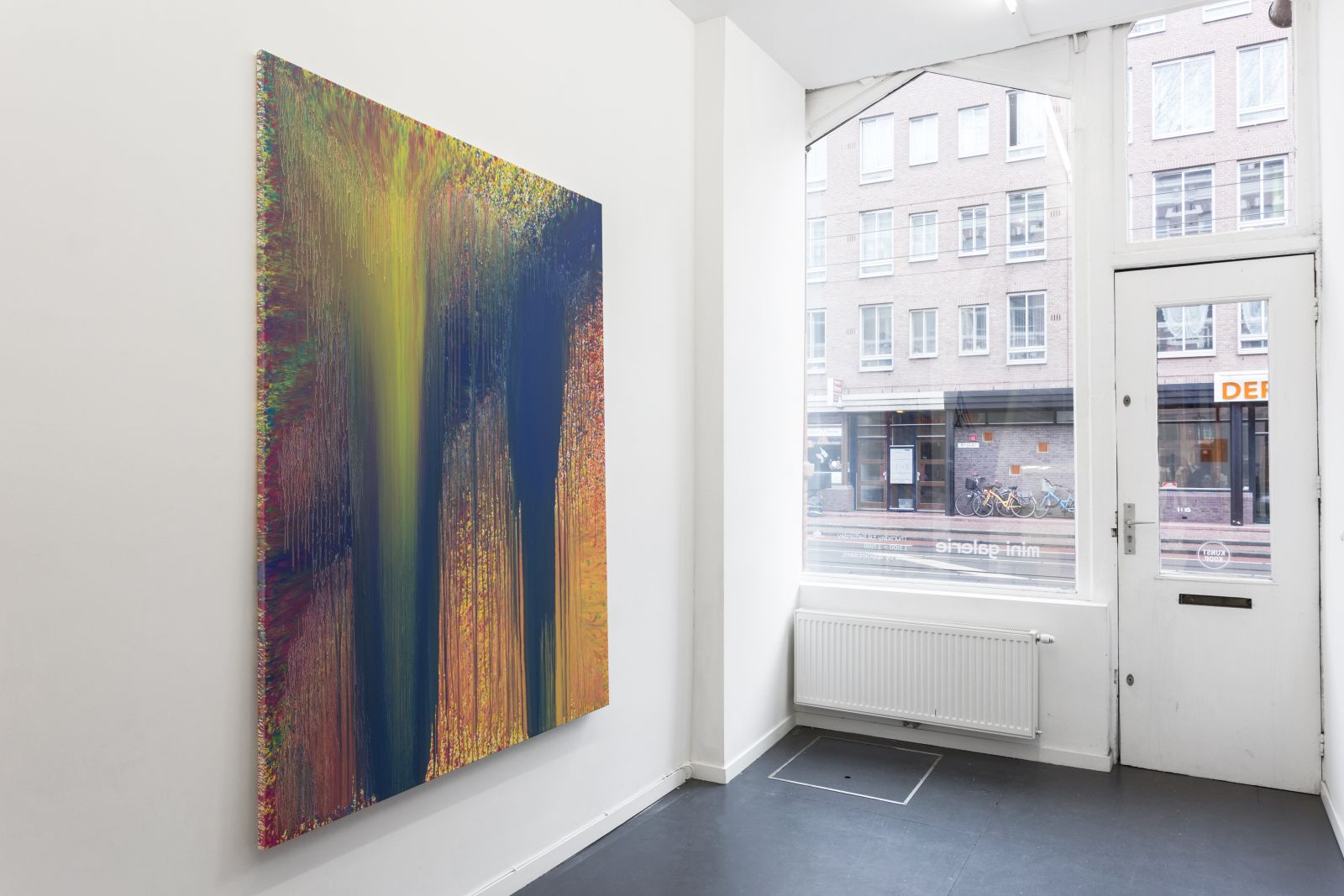