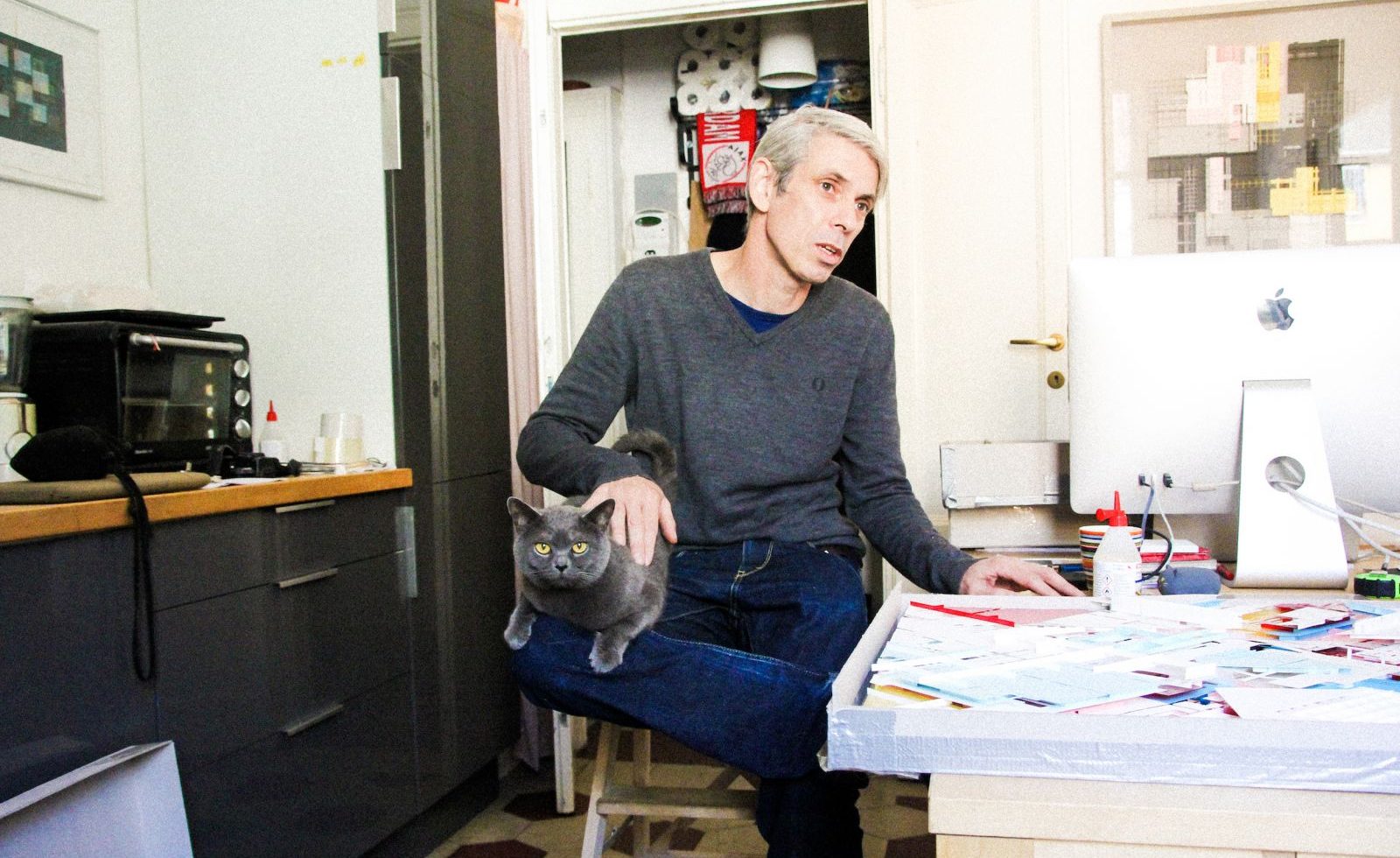 Last week we took the long journey from Amsterdam to Milan, to meet the Dutch graffiti artist Zedz at his home studio. With his upcoming solo exhibition, Space, we thought it would be interesting to find out more about him, such as his artistic method, what inspires him, and what he thinks of art in general. 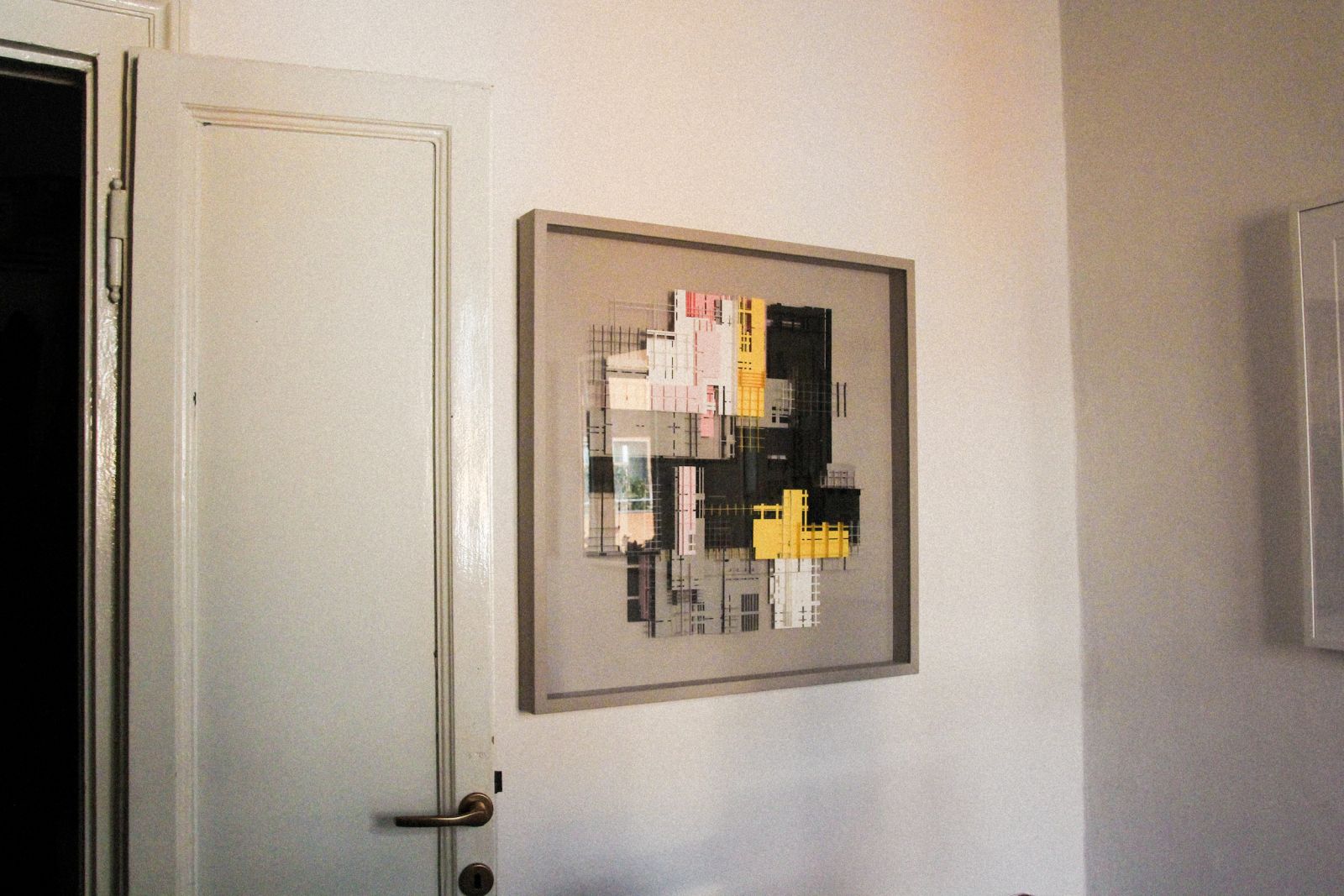 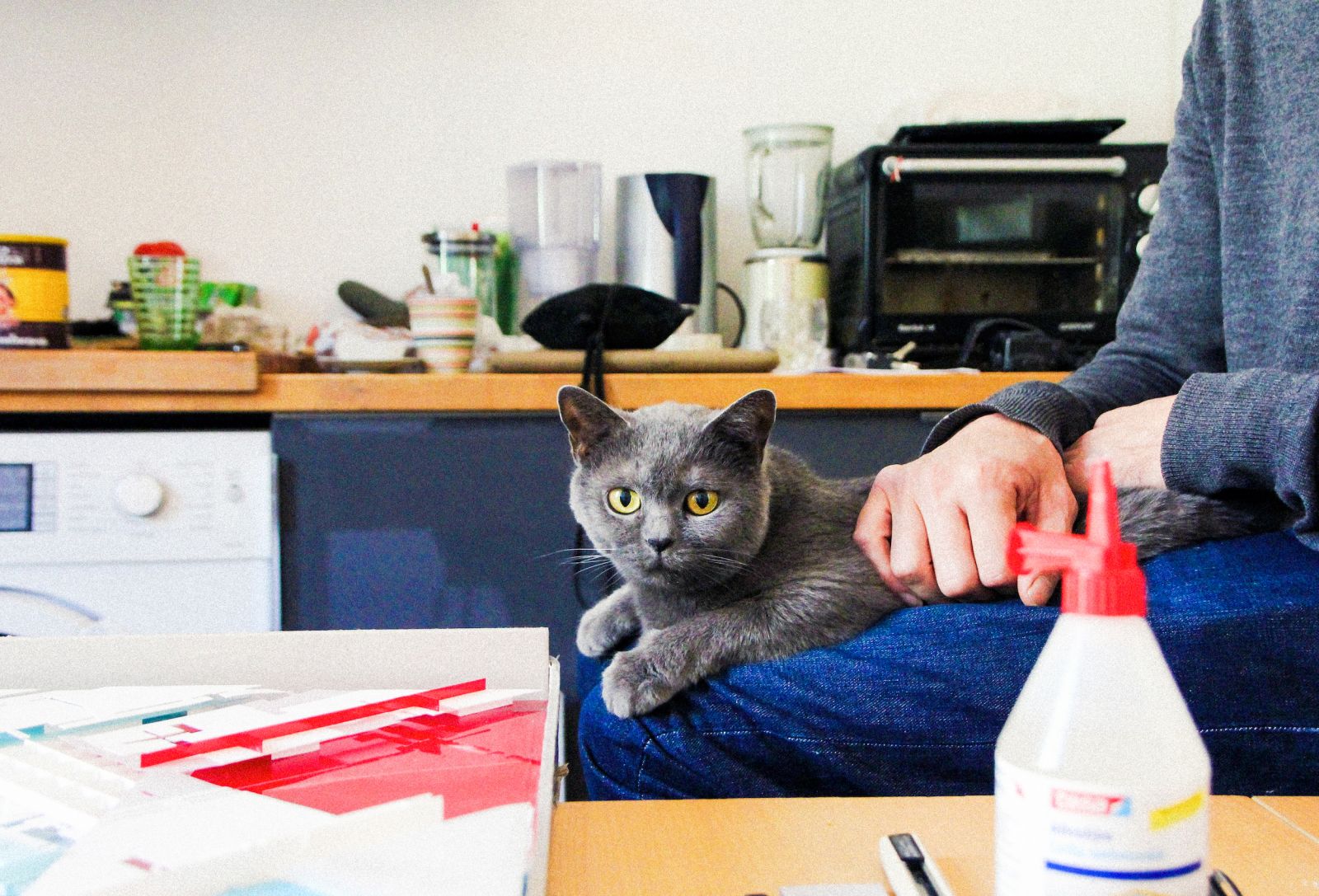 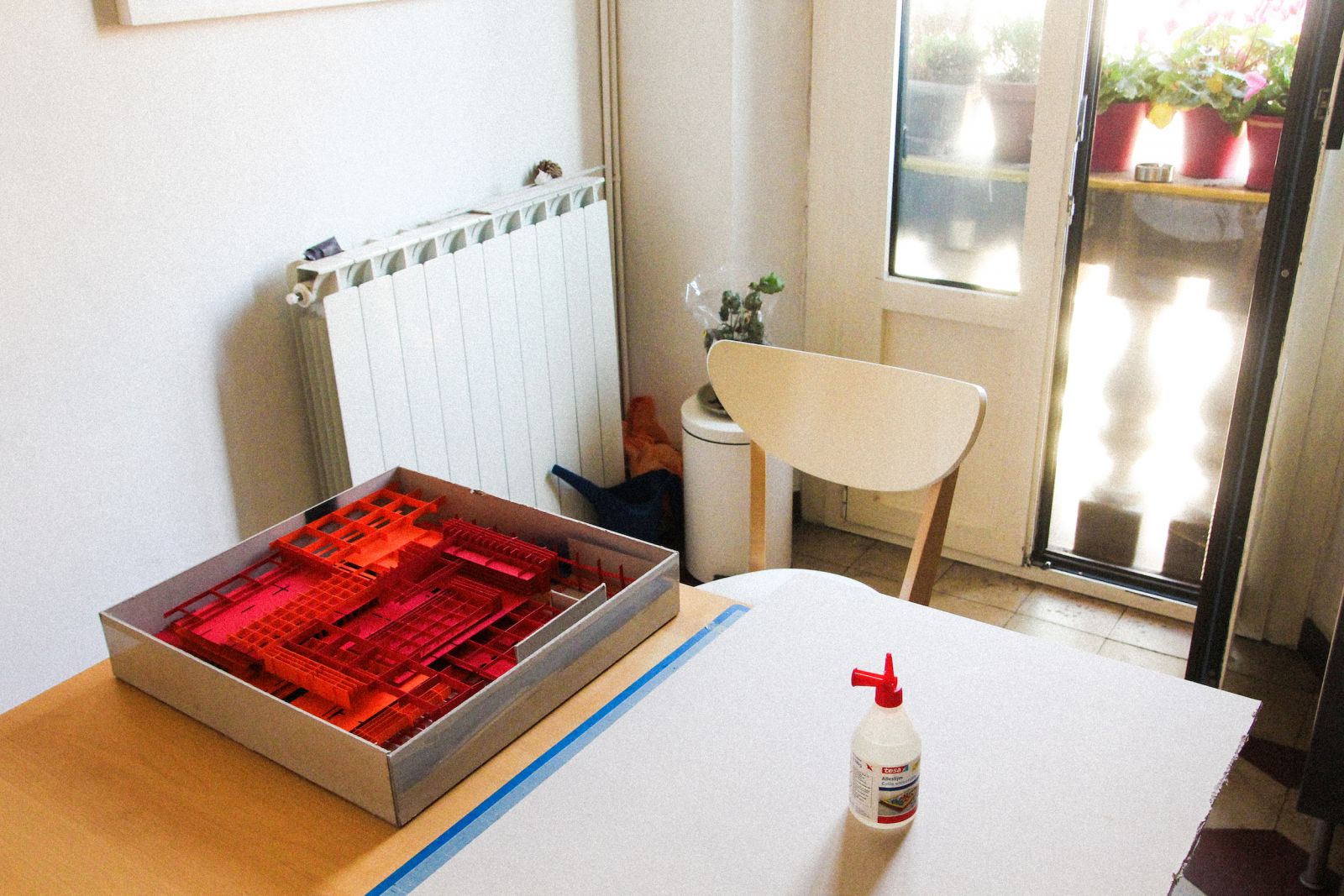 Zedz, whose real name is Ronald van der Voet, greets us at the door and leads us through the courtyard and into the old-school Italian lift that takes us up to his apartment. Once inside, we meet his little cat, Leeds, who circles around our feet as we make our way into the kitchen. Four of Zedz’ prints are hanging on the wall, with another work placed on the table, waiting for the final phase of completion. The frame is all that’s missing, he says, along with some final touching-up.

He makes us some coffee, remarking on the precise Italian method that has become an ingrained habit after eight years of living in Milan. “We were scoping out different places to live…but Italy has always been the place where I feel most comfortable”.

So comfortable, in fact, that Zedz’ face falls slightly at the thought of having to leave Milan for Aruba in a few days. After winning the Dutch Street Art Award, Zedz’ prize involved a free trip to the Caribbean island, where he has been invited to design a mural. Straight after that, he will participate in an artist-in-residency at the AGA LAB, an experimental research centre for graphic, textile, and digital art in Amsterdam. Then there’s the Space opening, of course. 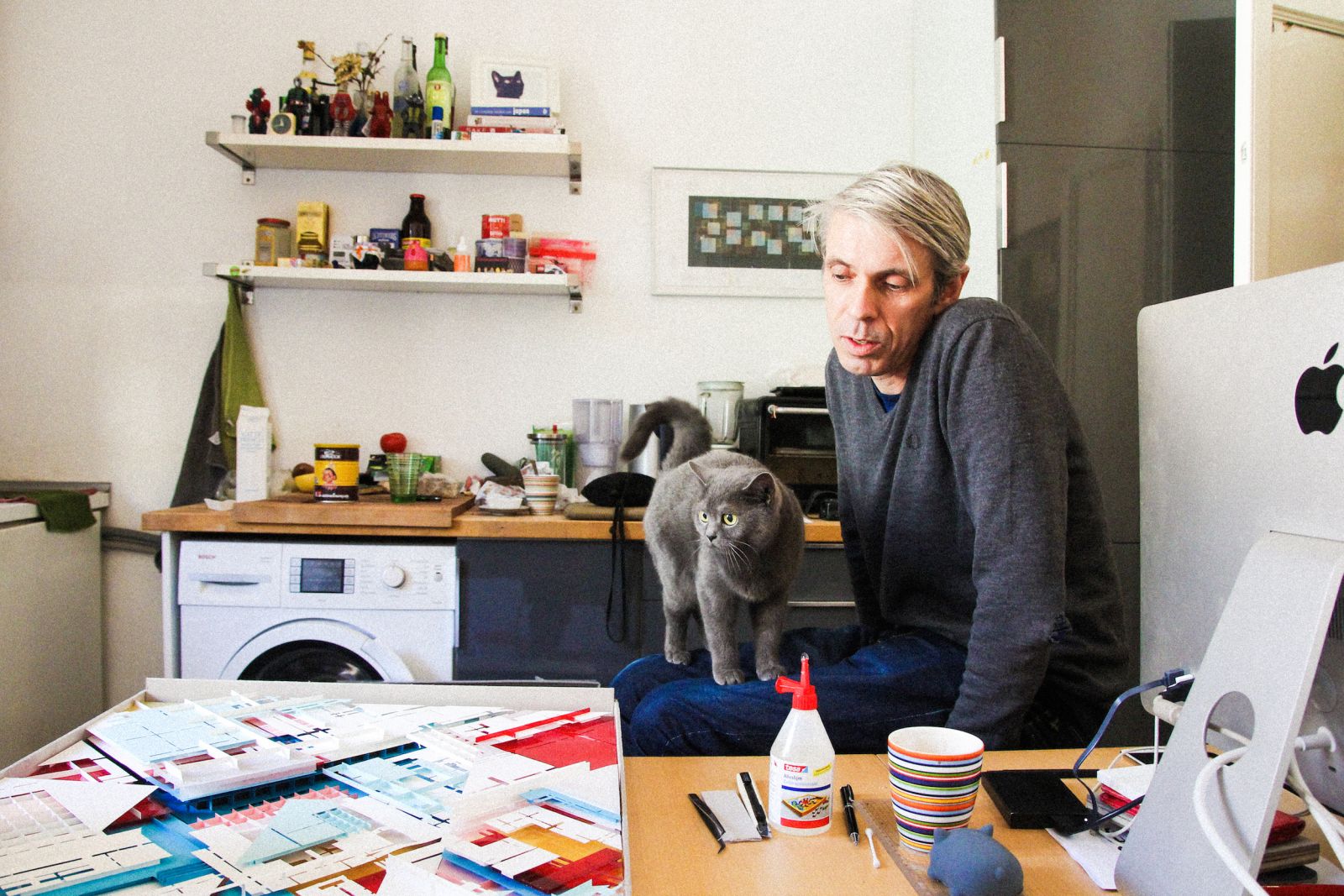 There is a stylistic quality in each of Zedz’ works that compares to the intricate wiring found within a computer, the same layered maze. When asked about this connection, Zedz states that this is, perhaps, a formal inspiration, ignited through the childish delight at opening technical gadgets and remarking at the whole other world inside. A more direct inspiration, however, comes from architecture, specifically architectural plans. The meticulous lineal detail and precise angling of these plans creates a three-dimensional effect, known as isometry. Zedz thus brings these plans to life, so that they no longer only replicate, but also possess, a three-dimensional space.

Elements of De Stijl ideology can also be applied to Zedz’ work, who sees his art as an extension of Piet Mondrian’s philosophy on geometric precision and play on basic dimensional representation. It is a form of homage to De Stijl, whilst at the same time also a rejection of its key ground rules. A “cutting up” and replacement of the style within a new, contemporary context; a new interpretation of the movement. “I’m trying to break it apart, break some of their rules, yet still respect them.”

The idea of a continuation, a “reshaping and moulding”, of style belongs to the core of Zedz’ attitude towards art. He rejects Malevich, who declared the postmodernist end of originality, of new creation, such that everything we see now is nothing but mere repetition. “We are not repeating ourselves”, says Zedz. “We keep experimenting, keep playing. If I do not push myself, I do not succeed. I want to be part of that process, to force things. To push art forward”. 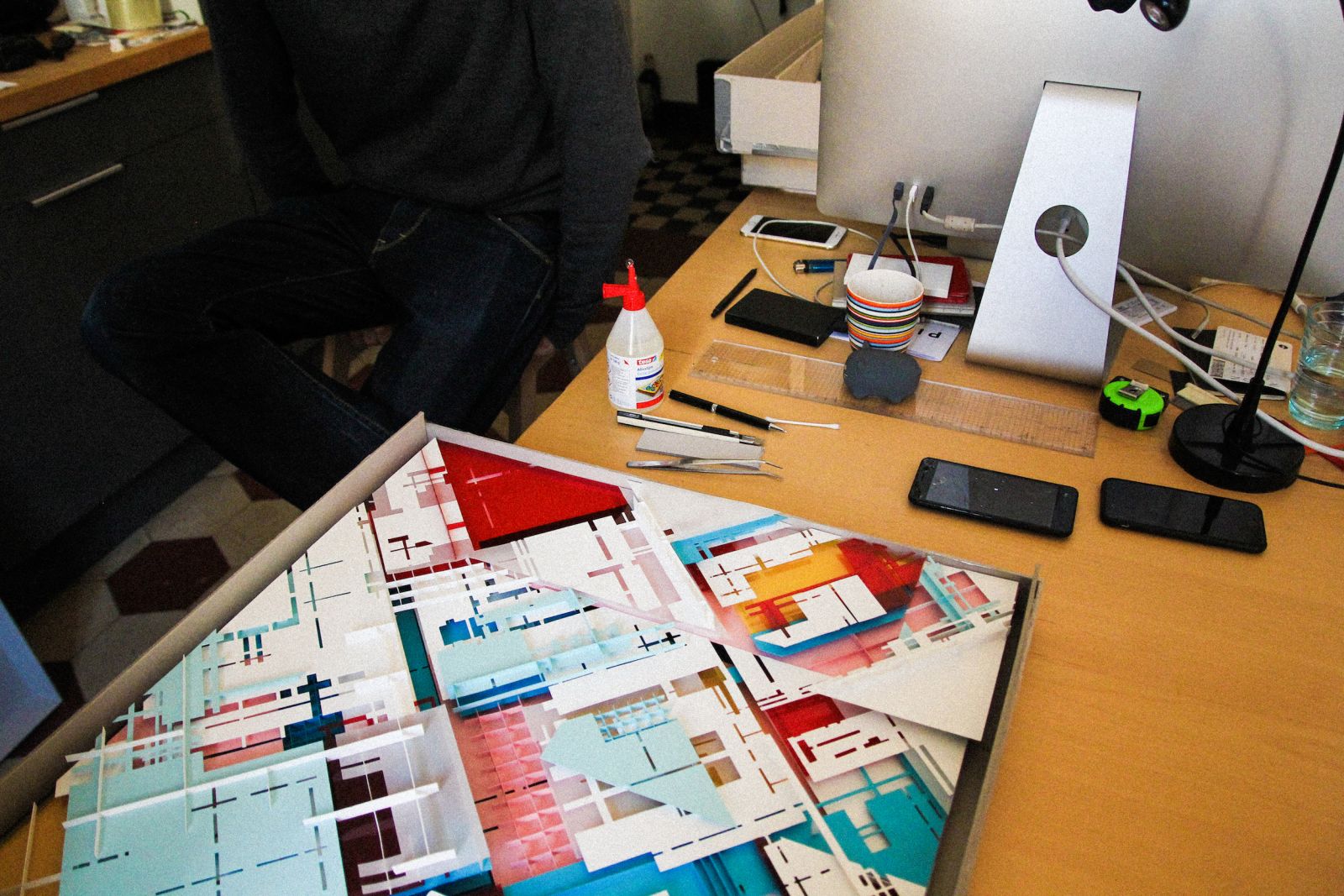 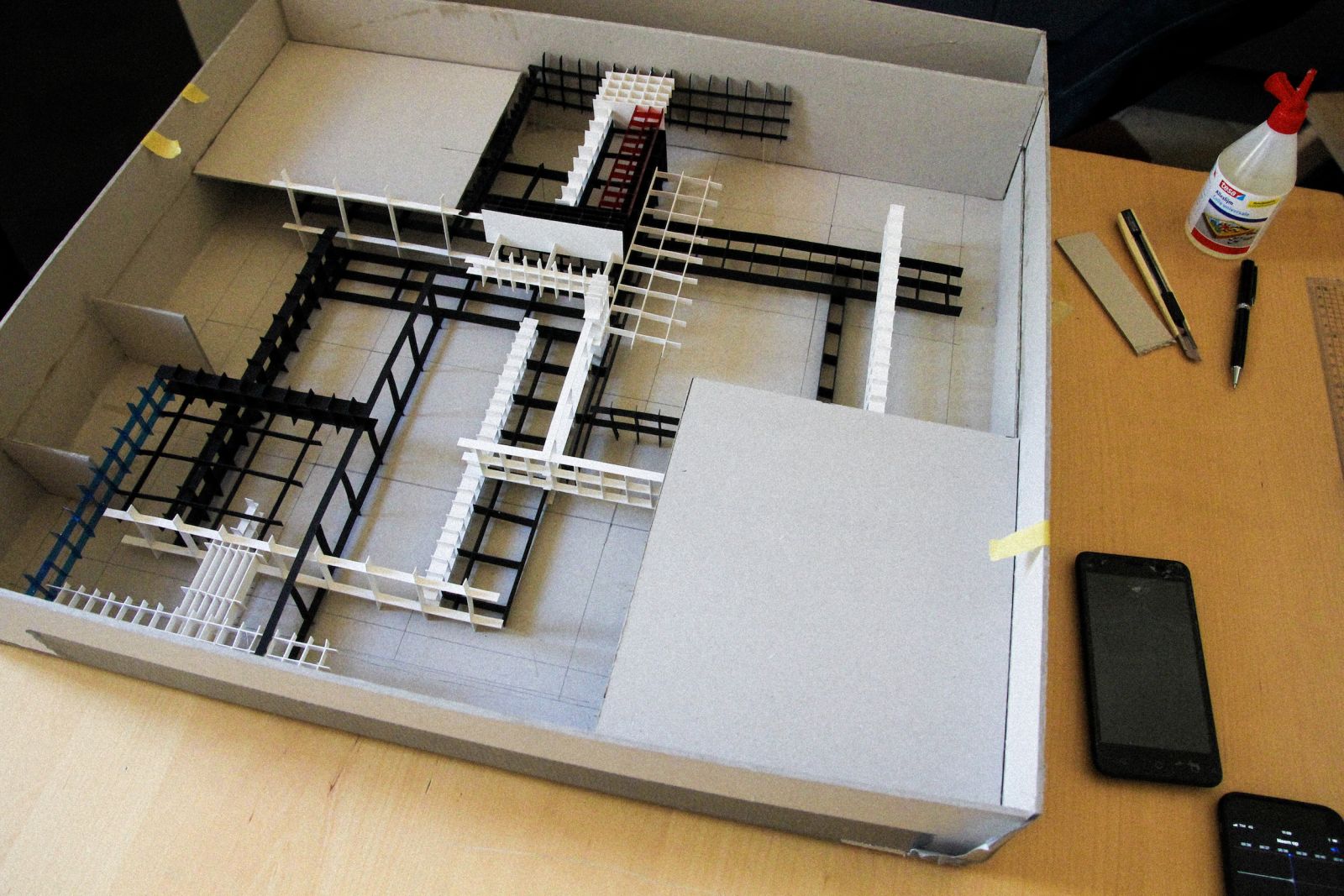 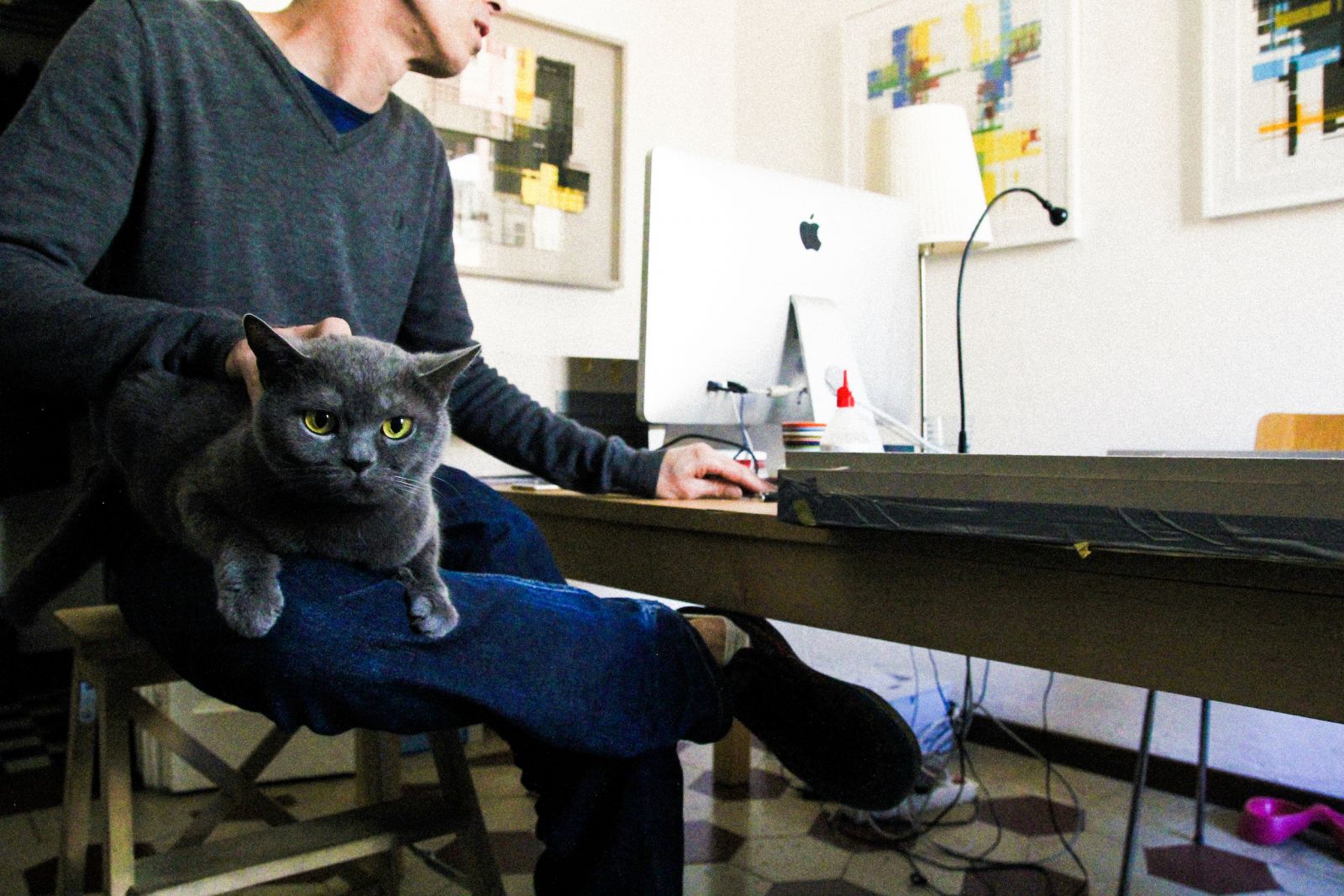 The title of the avant garde artist is one Zedz nevertheless refutes. He smiles, “I consider myself a bit of a punk”. “I may not have a Mohawk, or piercings in my cheek, but I want to rebel a bit, go against things.” This attitude goes back to his earlier graffiti days, where he sought to break the systematic rules forming around the practice. Graffiti is about ignorance, about bravery, about self-expression. It’s what he fell in love with, the elements that triggered his obsession, his “romance”, with the art form. “It’s about not being in accordance with society.”

Although Zedz’ art now involves more than just graffiti, his love for the form is still embedded within him, and his current work still carries traces of it.  “It is a lifestyle. It is the only way I know. I would’ve loved to have been a musician, but this is my chosen format. I can never cut myself loose.”

We spend the whole day with the artist, talking and eating (a lot, because this is Italy and how can you not?) and receive recommendations on what to do during our short stay in Milan, before our long drive back to Amsterdam.

Zedz’ exhibition Space opens on Friday December 8th at 18.00. The artist himself will be present.

The preview catalogue will be available Monday the 4th of December 09.00 GMT+1. Request the catalogue by contacting julia@minigalerie.nl. 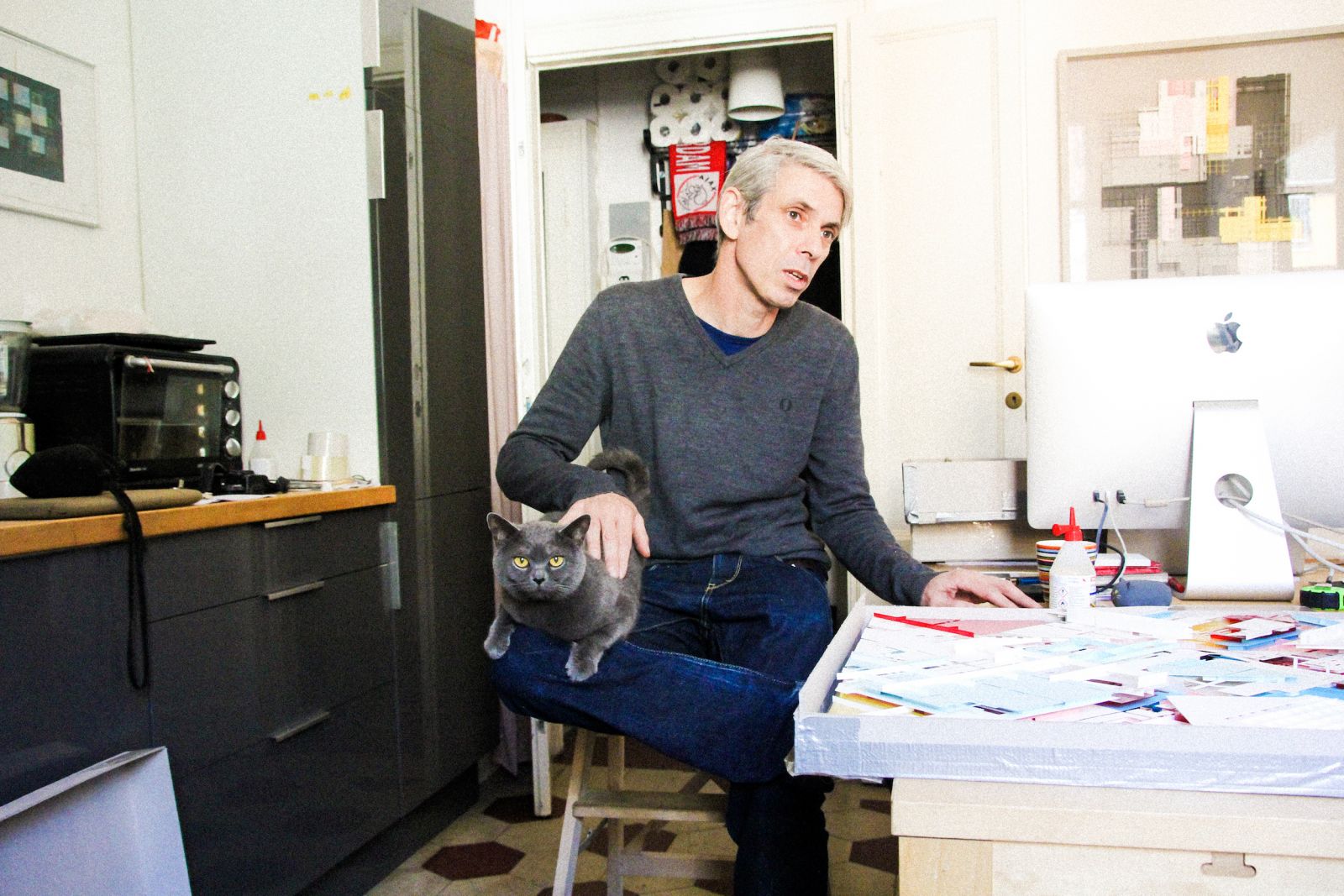 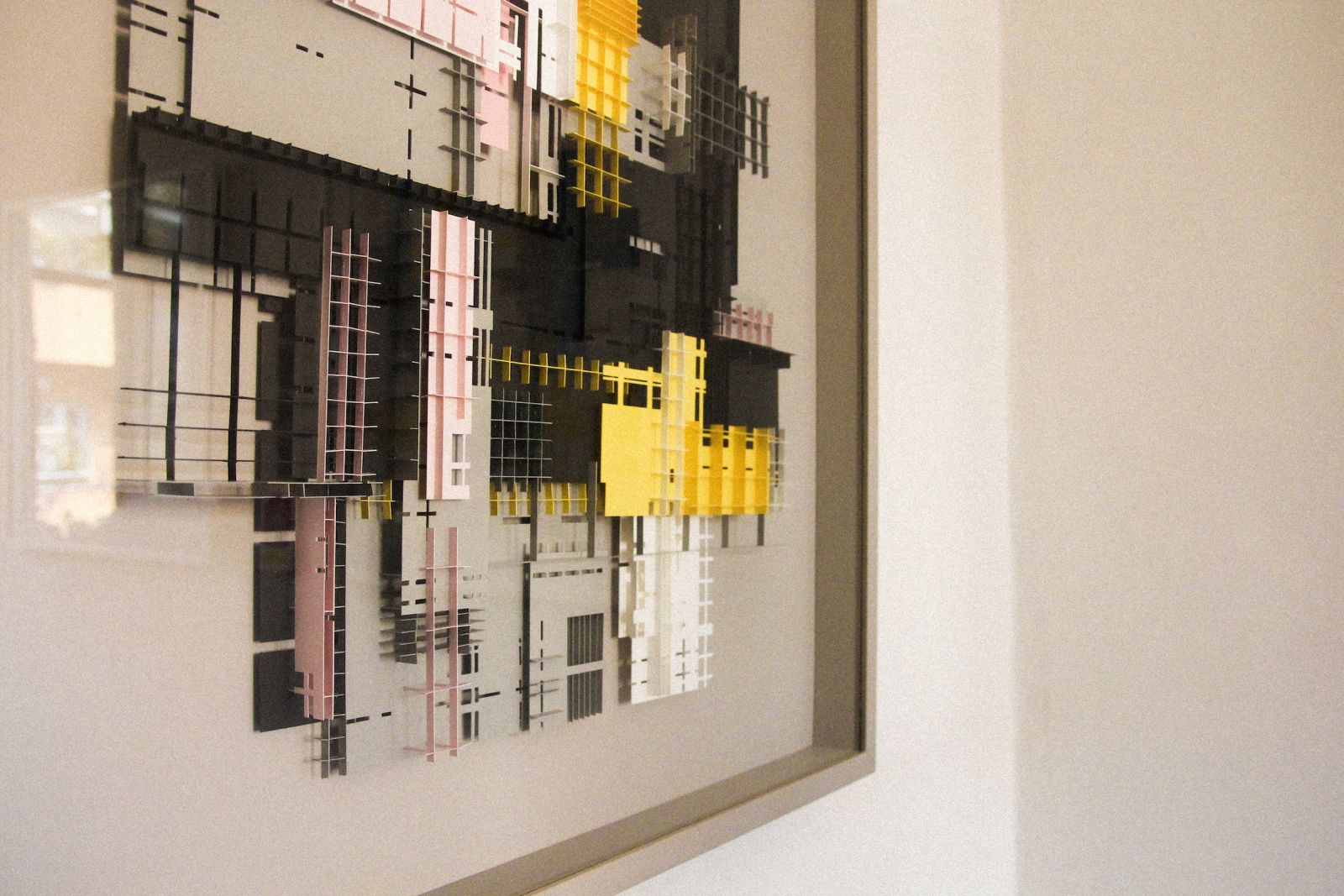 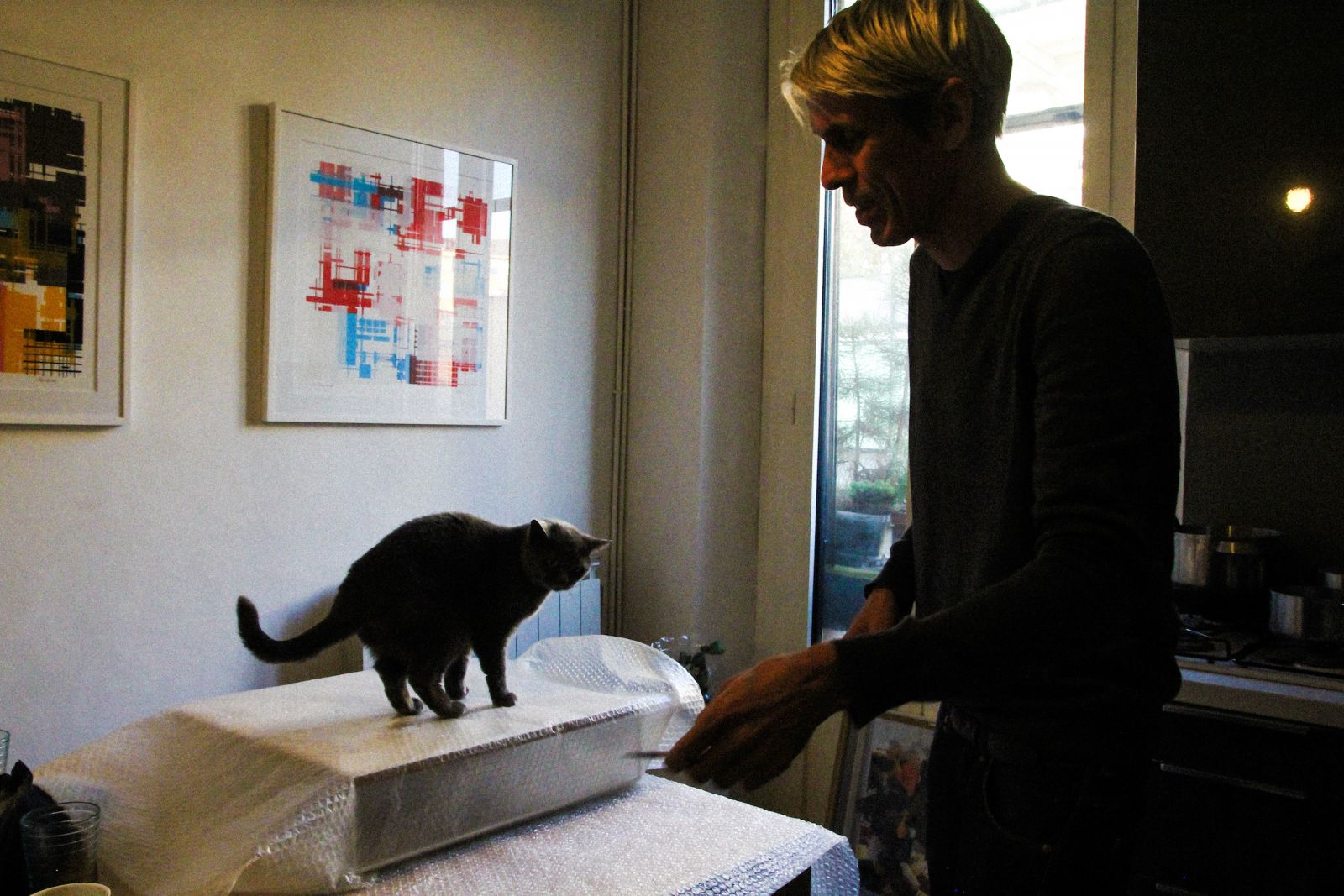