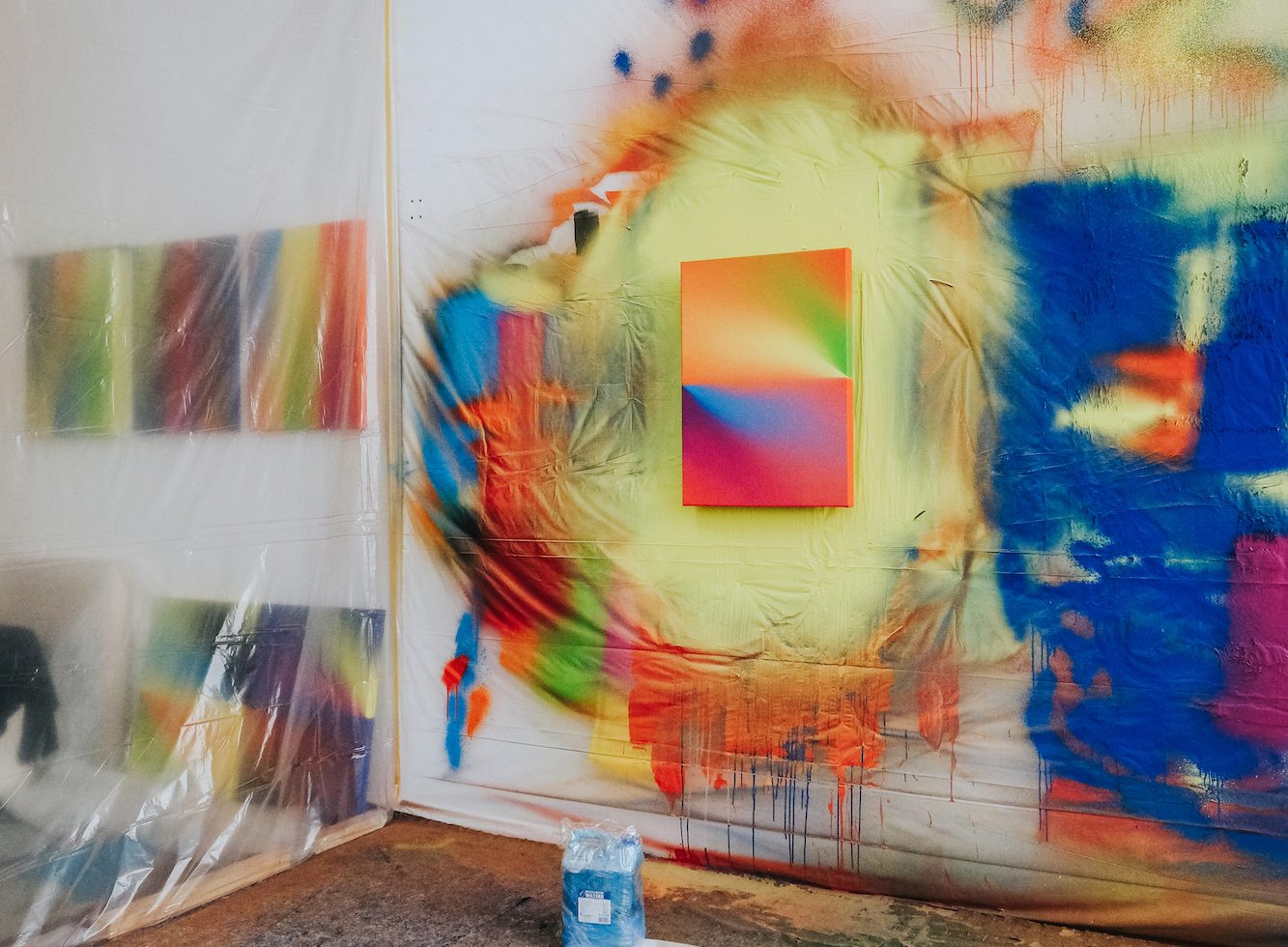 Next week Mini Galerie will release the new series by Rutger de Vries, Overspray, a 15 piece project that is a continuation of the artist’s ongoing experiment with self-made painting machines.

I spoke to de Vries over Skype about the inspiration behind the series, and about his work in general.

The name of the series comes from the aftermath of de Vries’ 2019 solo show in Groningen, Color Disperser, where he used his technique of filling 12 fire extinguishers up with paint, and setting them off so that they coated the blank walls of the exhibition space. The idea for Overspray fundamentally grew from the ground up, where a stark contrast was created between the blank areas where the paint couldn’t reach and the rest of the rainbow stained floor. A consequence of angles. “I was interested in the way the walls blocked off the paint, creating a line in the work. I wanted to recreate the effect on a smaller scale, so I went back to the studio and experimented”.

“I made several sketches, in the end selecting five compositions in three colour combinations. I used airless spray equipment to get that paint dust effect.”

De Vries’ use of tools in his artwork goes back to his childhood, where he often used a spirograph to create shapes and patterns.

“As a teenager I experimented with putting all things on a drill; spray cans, brushes, markers. I find it interesting putting something between me and my art.” I ask de Vries, who has lived in Berlin for the past three years, about his future plans for his art.

“I’m currently working on a new machine which created a link between my room installations and computer-controlled machines.”

Overspray will be released on Thursday the 15th of April 15.00 CEST, and will be on view at Mini Galerie’s showroom by appointment only from that day onwards.