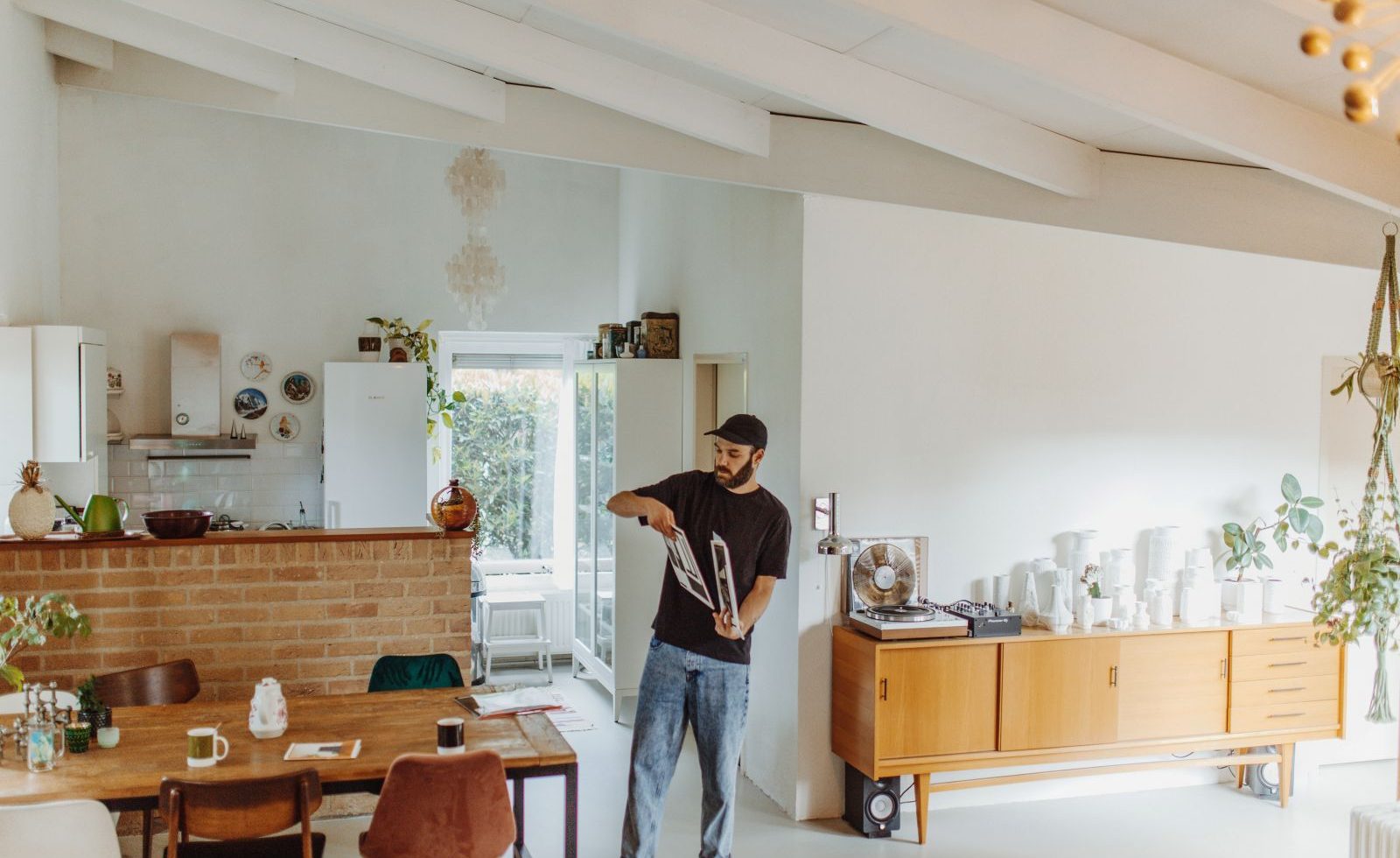 We travelled from Amsterdam to the small village of Zetten, a place that is both peaceful and quintessentially Dutch. An unusual choice of residency, perhaps, for an artist whose art is largely inspired by the cosmopolitan world around him. 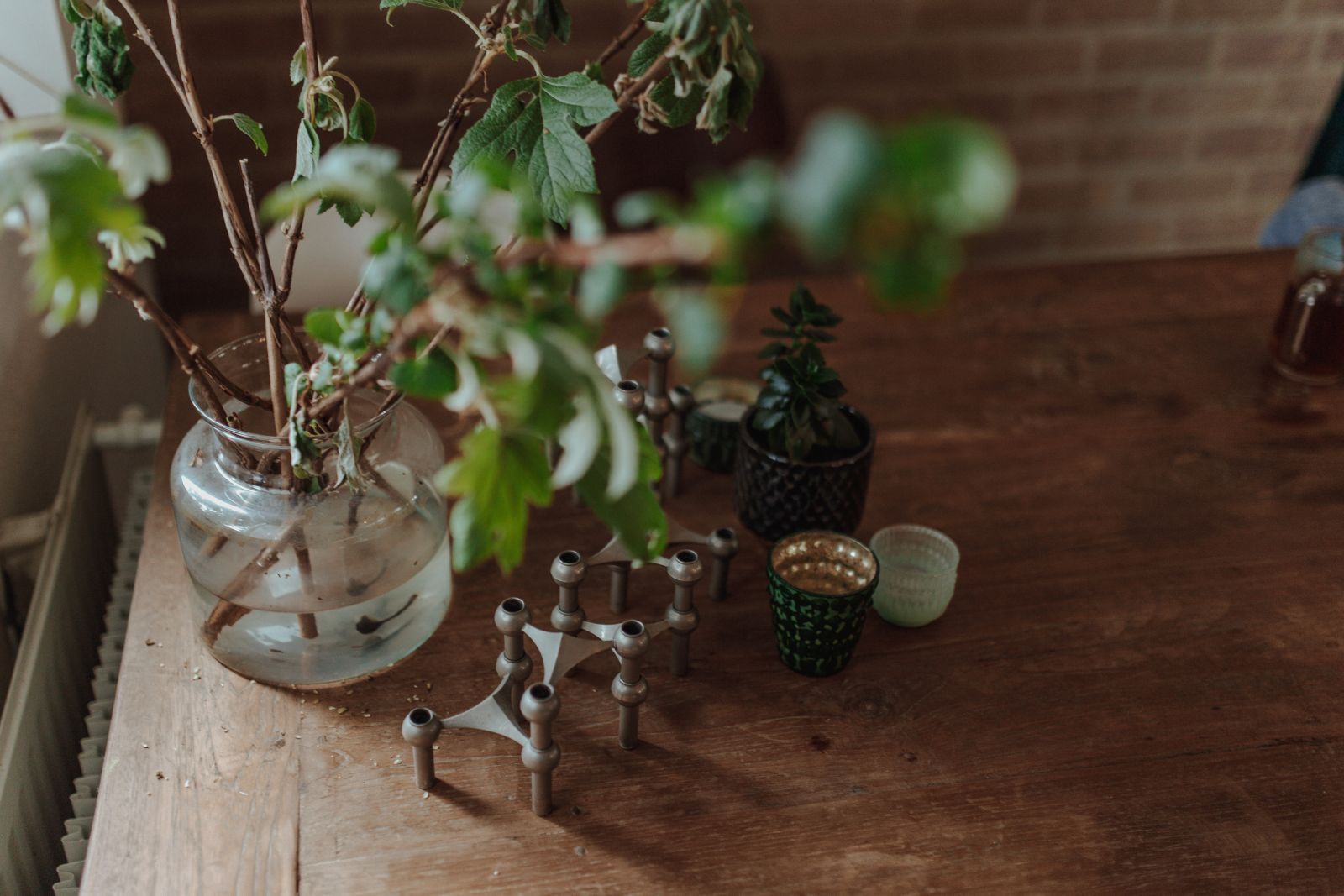 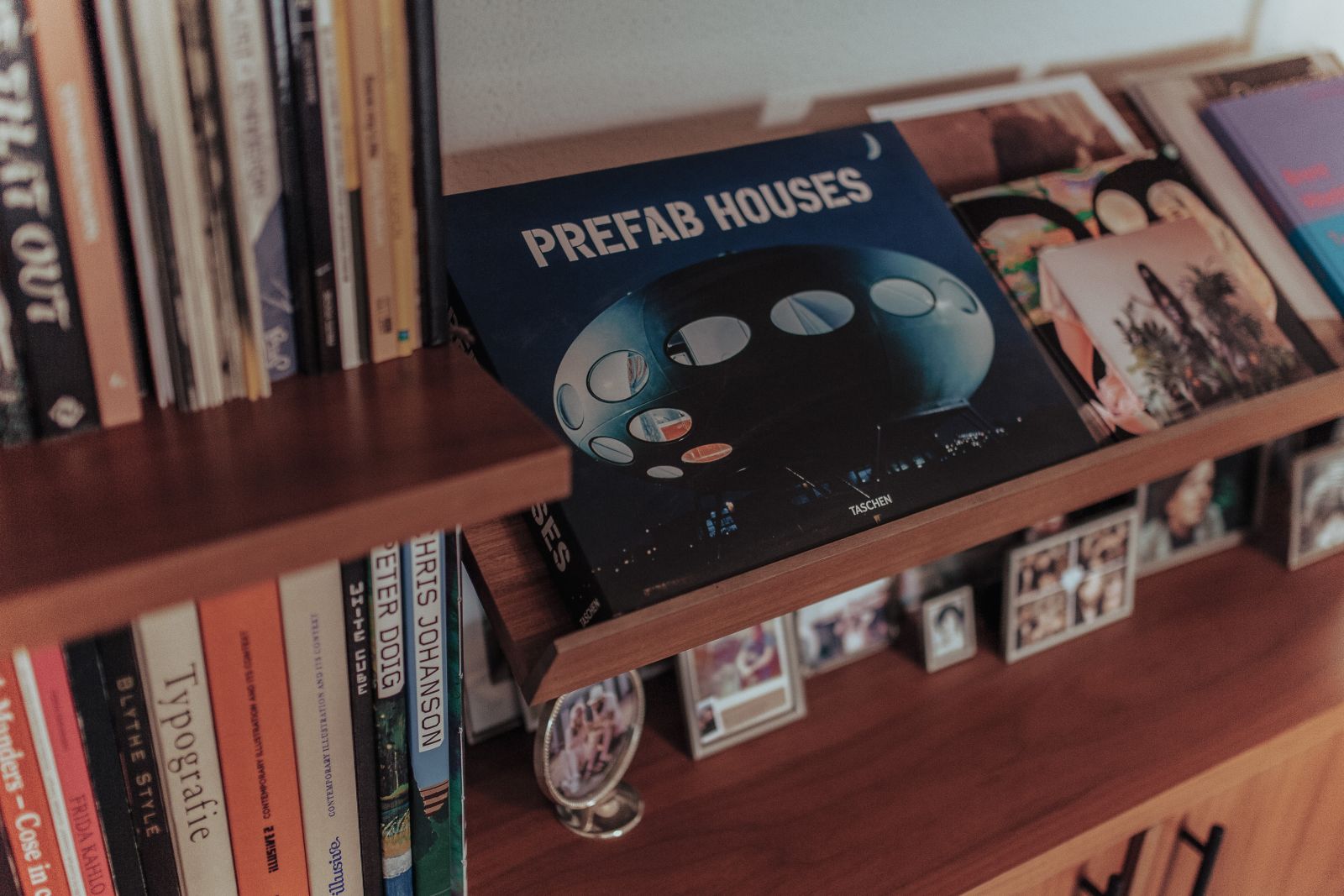 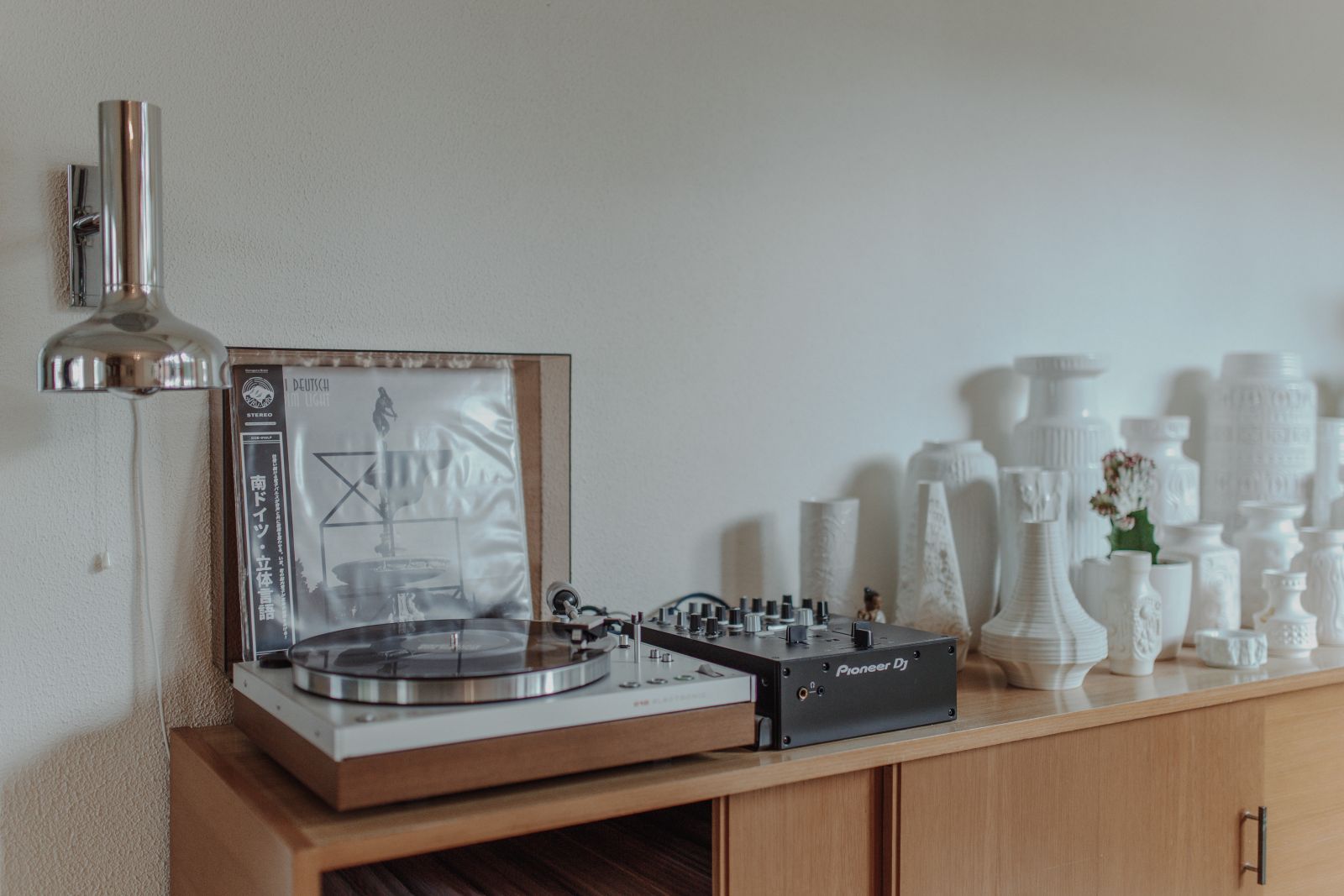 Reith invites us into his home, a recently renovated bungalow equipped with a spacious and bright studio, which both he and his wife, artist Martine Johanna, share. The place has a very retro feel to it, with a selection of elegant, tasteful furniture reminiscent of the 1960s. It is stylish, but not too aware of itself. The bookshelf in the living room reaches up to the ceiling and is packed with an impressive collection of art books and Steven King novels. The vinyl player on the rosewood sideboard plays experimental jazz from a vast collection Reith later lets us take a closer look at. 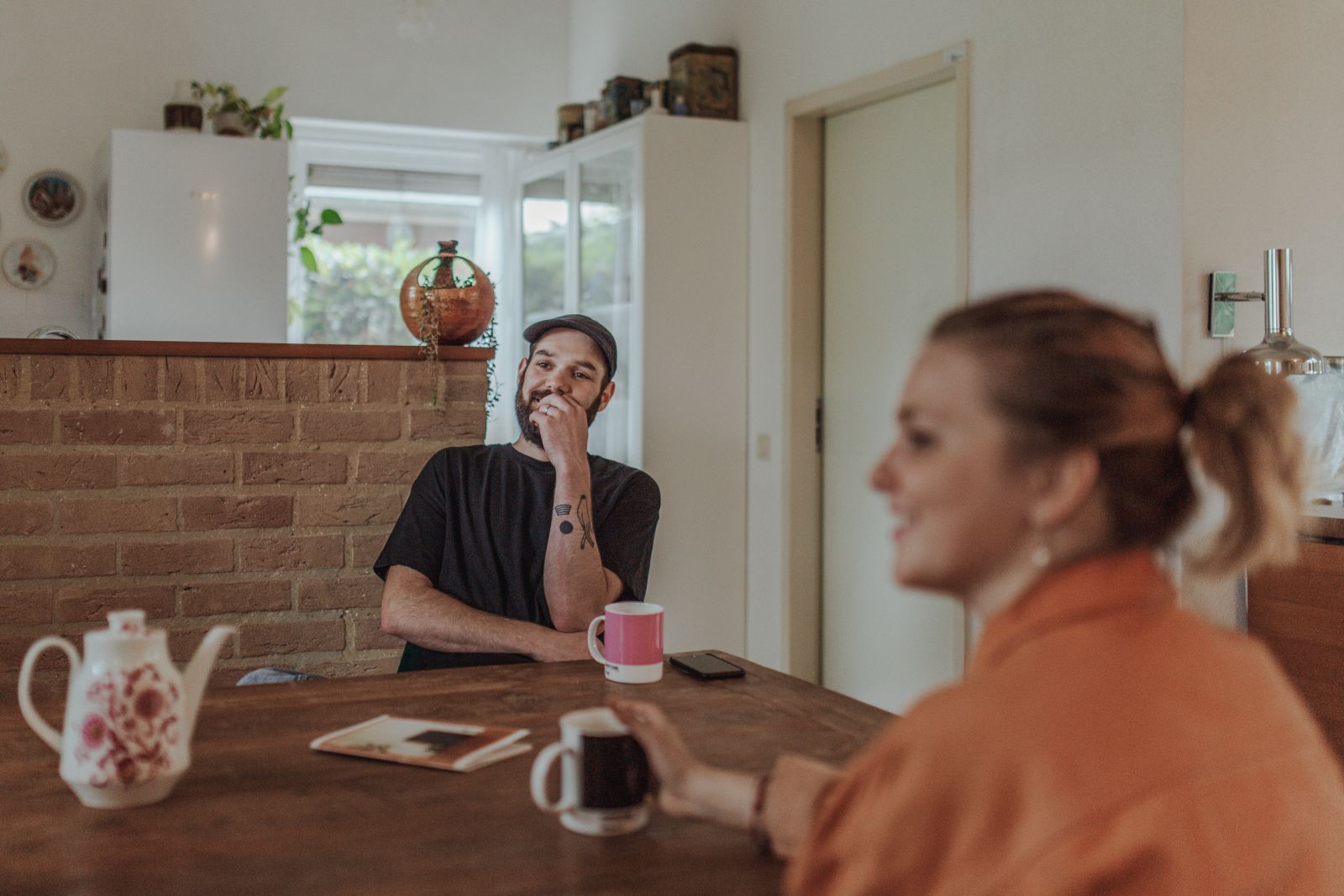 Hypnotic Country Yoga. We laugh at the name, and wonder where the inspiration came from. Zetten’s location seems a good first guess at where the “country” part came from, but Reith maintains that it was all Storm’s idea.

‘He came up to me with a list of names, and I just chose the best name.’

Reith goes through some of the other title contenders:

‘Don’t just stand there dig the damn thing up; Volume 1, or Part 1 – which I also quite like as we are thinking about having a second show in New York. God is Under The Porch Where the Dog Died.’

We laugh at the names, and decide that Storm would be a good person to turn to for a snazzy band name. 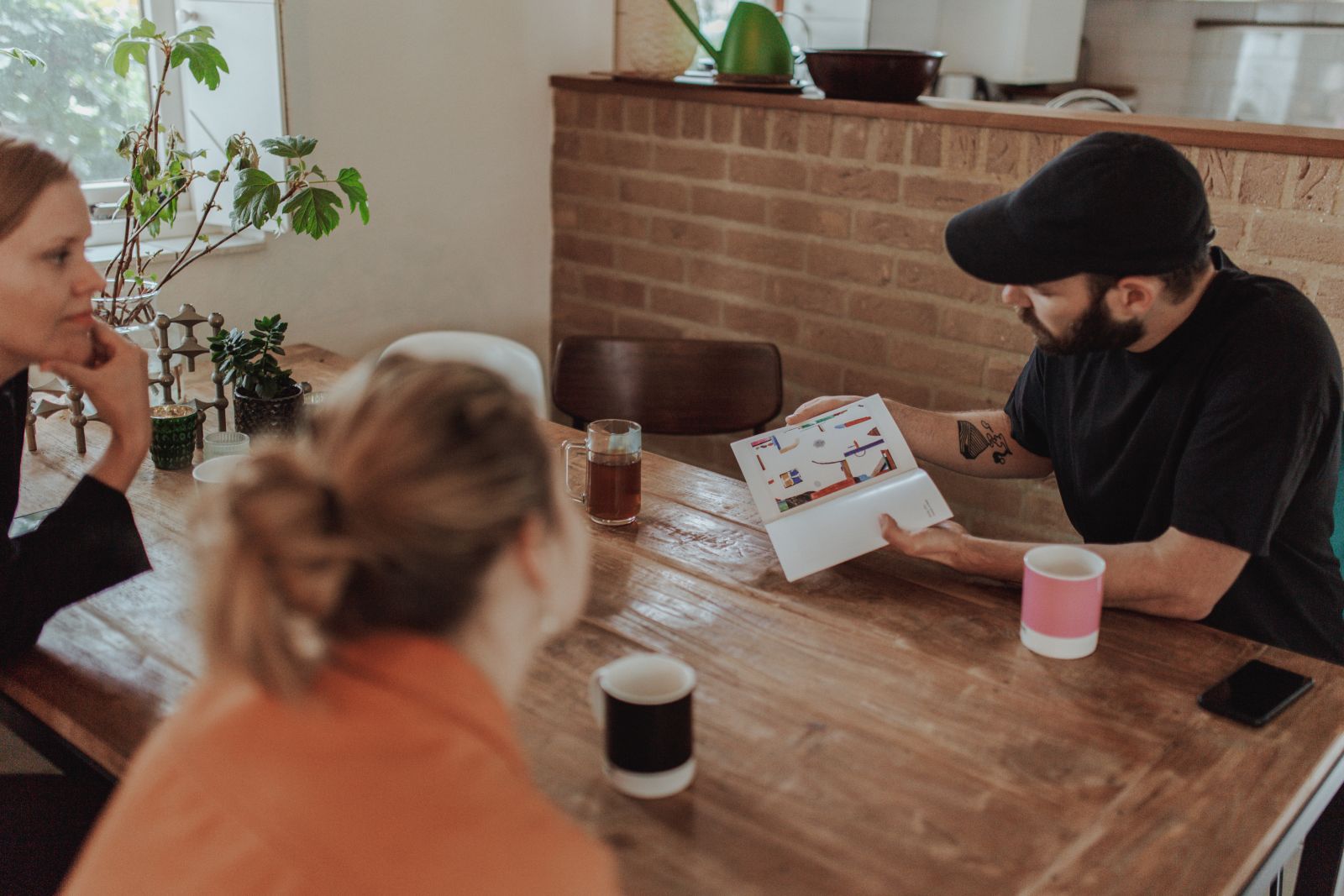 What makes this upcoming exhibition so exciting is that Reith and Storm have never actually met in real life.

‘I came across his work back in the Flickr days, about a decade ago, and started following him. We also had a group exhibition in the UK, at Good Press in Glasgow, but we never met. We both just followed each other (online) and had a mutual admiration of each other’s work.’

When asked about how the idea of a joint exhibition came about, Reith says it was a mutual decision.

‘I had been following him for so long, that in a way I feel I have seen him grow, both personally and professionally. We both share the same interests, in art, but also in music. It feels like he is a kind of brother. A brother from another mother.’

‘Our work balances out nicely. Storm’s work is definitely hypnotic, it kind of sucks you in. I would say mine is a bit more calm, so I guess a bit more “yogaish”. Also, we both just bought a house outside of a big city, so I guess that’s where the country part of the title comes in.’ 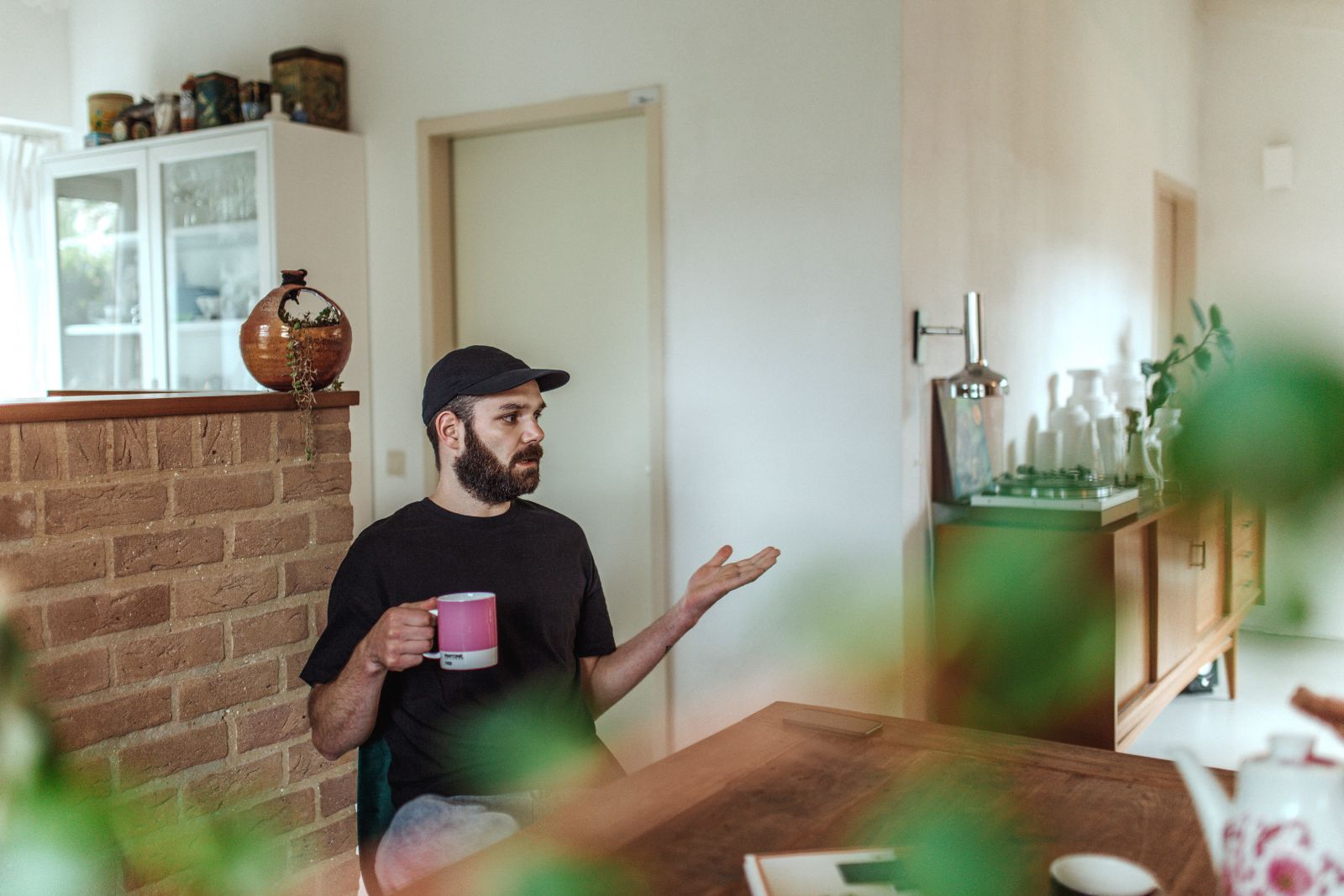 Sitting at the table, drinking coffee and a blend of dirty chai tea in a matching set of mugs, we talk about how modern social media has made it possible to keep connected despite being thousands of miles apart, of feeling like one knows someone without ever having met them. Instagram has become a platform for artists to share not only their work, but also their personal interests. One has to wonder, however, how much of what one sees is actually true, and not simply a projection of how a person wishes themselves to be. Reith laughs at the idea of the possibility of not truly knowing who Storm is, but he is excited to finally meet him later on this year, when he plans on visiting him in the States.

We also mention how Instagram has also become a method for artists to archive their own work, and for the establishment of a distinct brand and aesthetic around their name. At the mention of branding, Reith wrinkles his nose, and talks about his own experience with the social media platform.

‘It’s funny because I also teach, and a course I’m teaching is on branding. But I realize that I hate branding. I really like to keep my work a bit obscure. I guess that’s why I delete a lot of what I put on Instagram. I don’t really have a large history on there. I like to put up work regarding an upcoming exhibition, and I leave the post up there for around three weeks before I delete it again. I use Instagram as a moment in time about a particular show, and so I will show those works. I want other people to archive my work. Followers, blogs, magazines…my work will definitely remain somewhere.’ 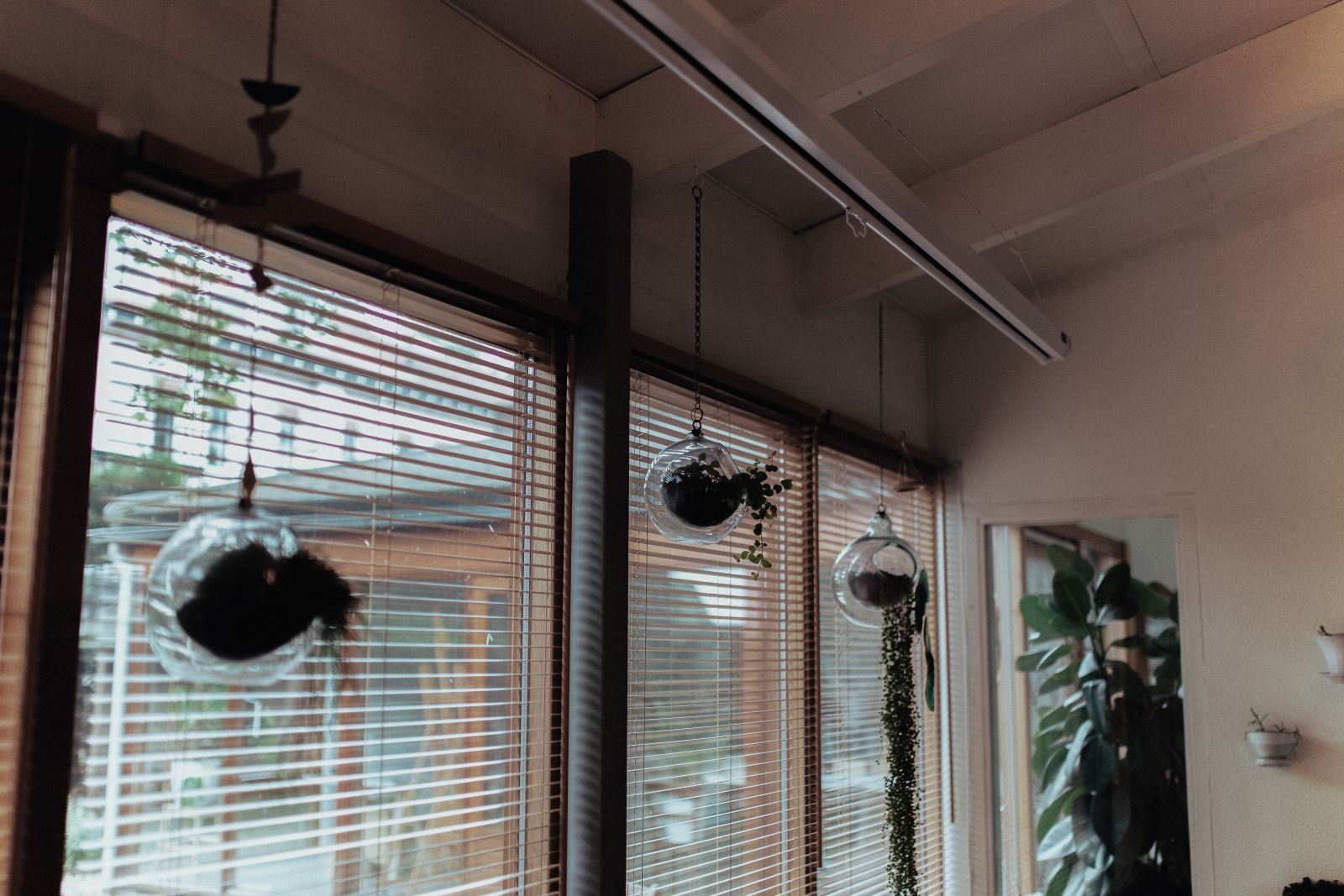 One of these options is also artist books and zines, which, judging from the number on his shelf, Reith is a big fan of. We’ve met Reith at many book fairs around Amsterdam, where he proudly shares his own publishing work.

‘I have my own publishing platform, where I’m part of a publisher’s collective that shares tables at book festivals. Last weekend I was at Offprint at Tate Modern. I publish other people’s work, and also my own, but very sporadically. I like to work together with people I admire, to keep a network going. I also like to provide less famous artists with a platform to show their work.’

‘I work with books, prints, and music. I published three tapes now and am working on two new tapes. The first tape started as a digital download that I sent to my friends, a sort of ambient soundscape. I called it Jordskred, Norwegian for “landslide”. I just thought it sounded cool. After positive reactions I decided to continue, and so I made a book that fit the same concept. For that I used mountain landscapes. I called it Jordskred Två.’ 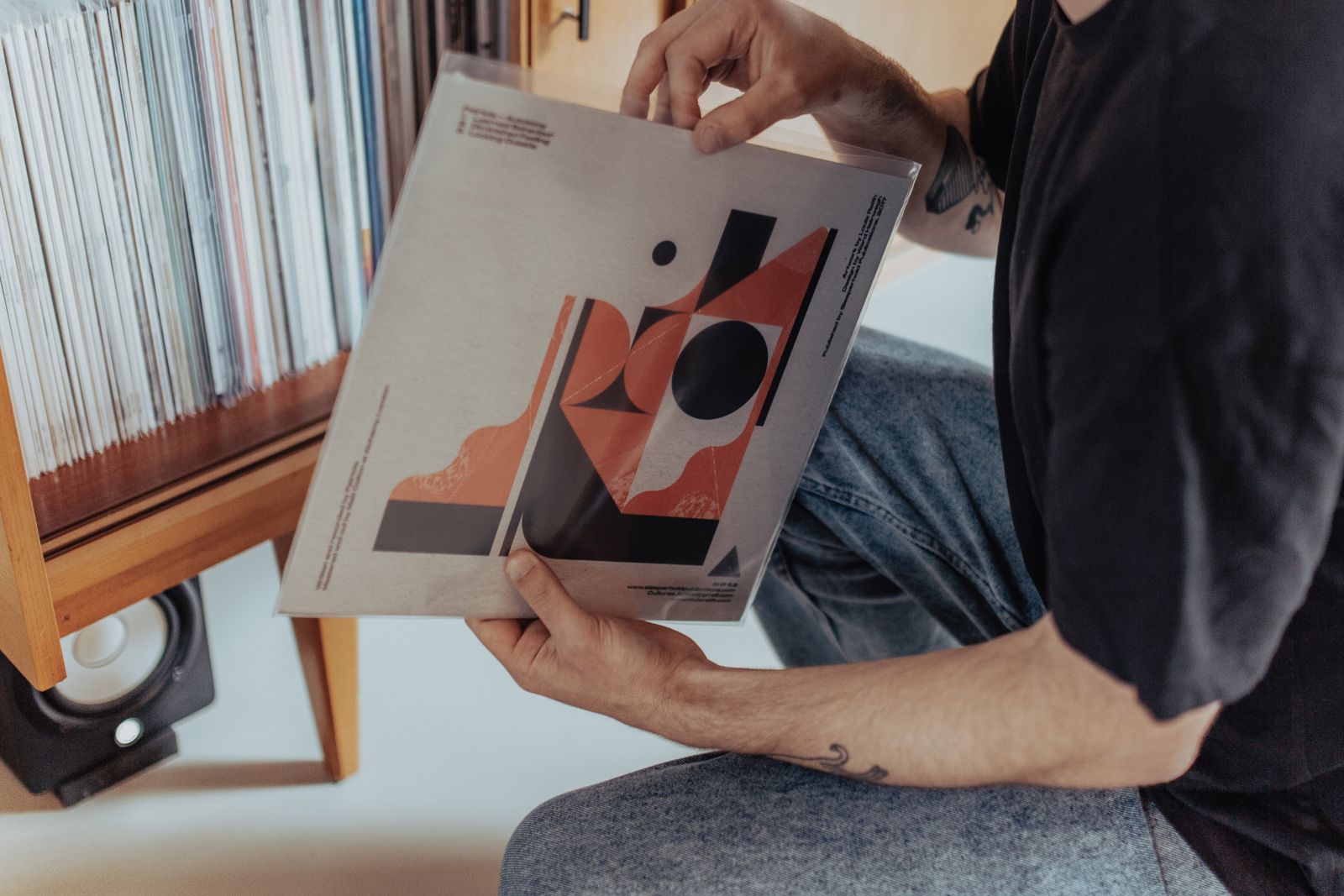 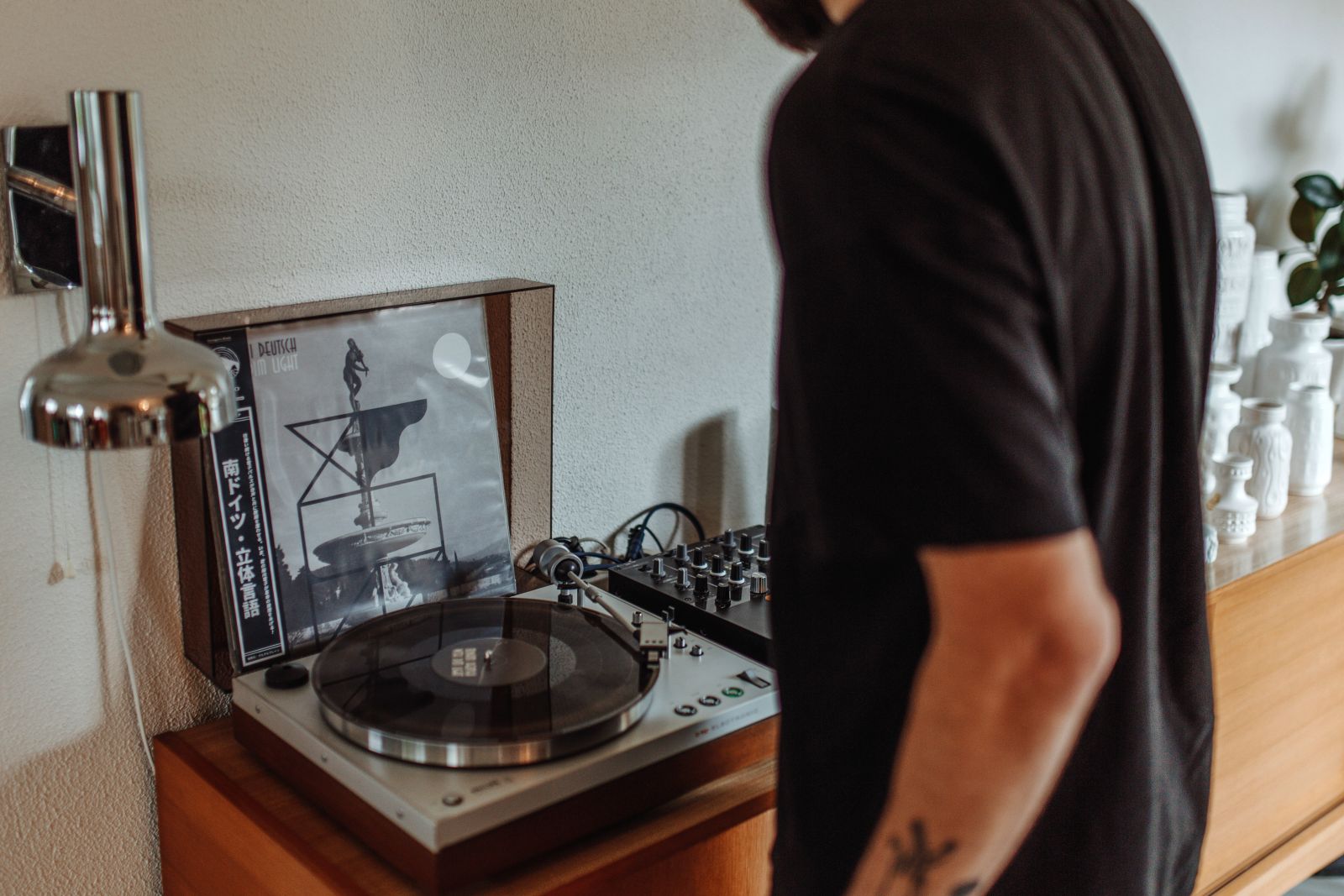 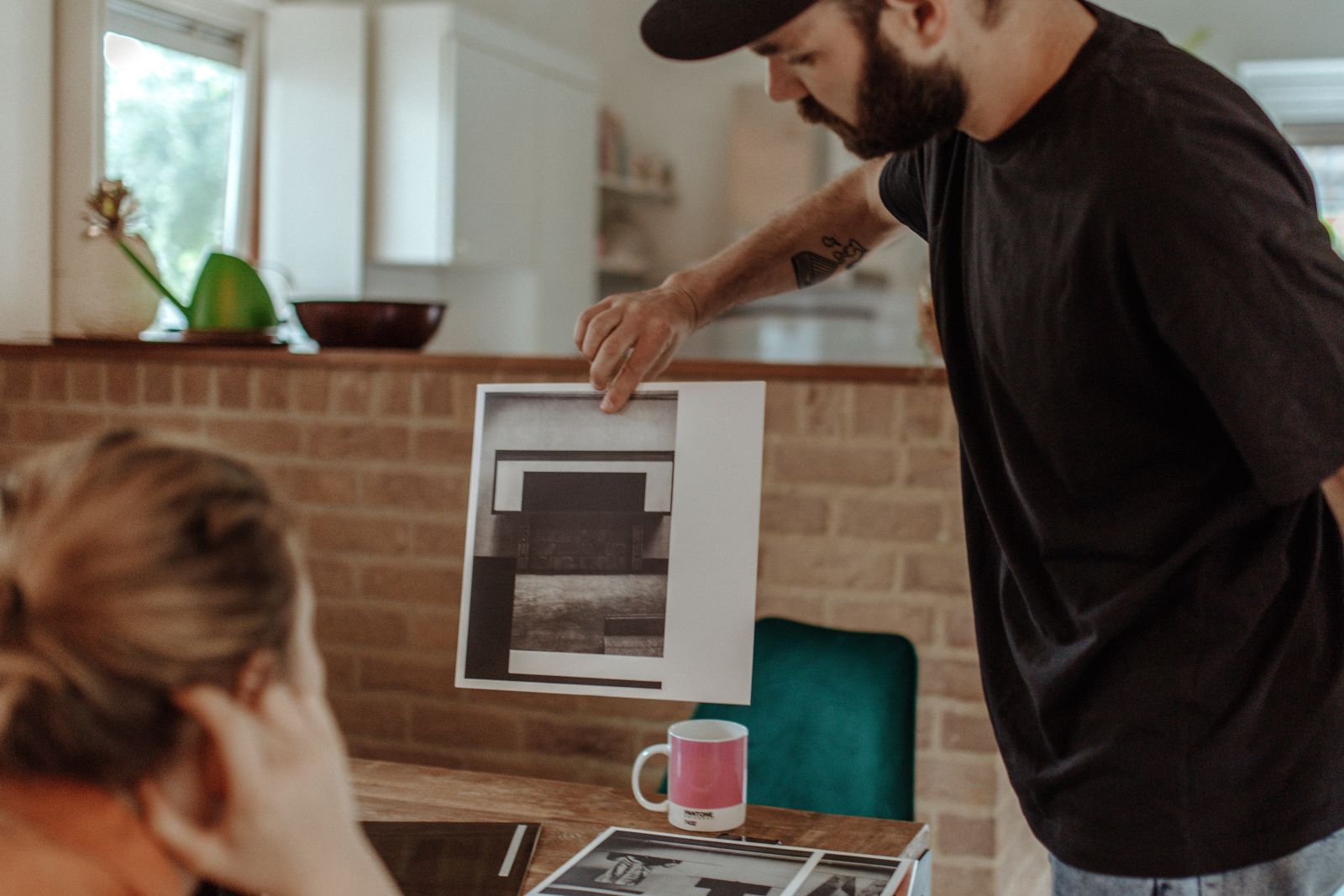 Along with publishing, Reith is a graphic designer on the side, and he shows us some of the vinyl cover art he recently created. He shows us the design he made for the Japanese psychedelic rock band Minami Deutsch, and then lets us peer through his extensive music collection.

We ask Reith what music he likes to listen to when he works on his art. He tells us he is very into experimental, ambient type sounds. That helps with the first stage of concentration. When things get going, and he finds himself truly immersed in the artistic process, reggae is his go-to genre. 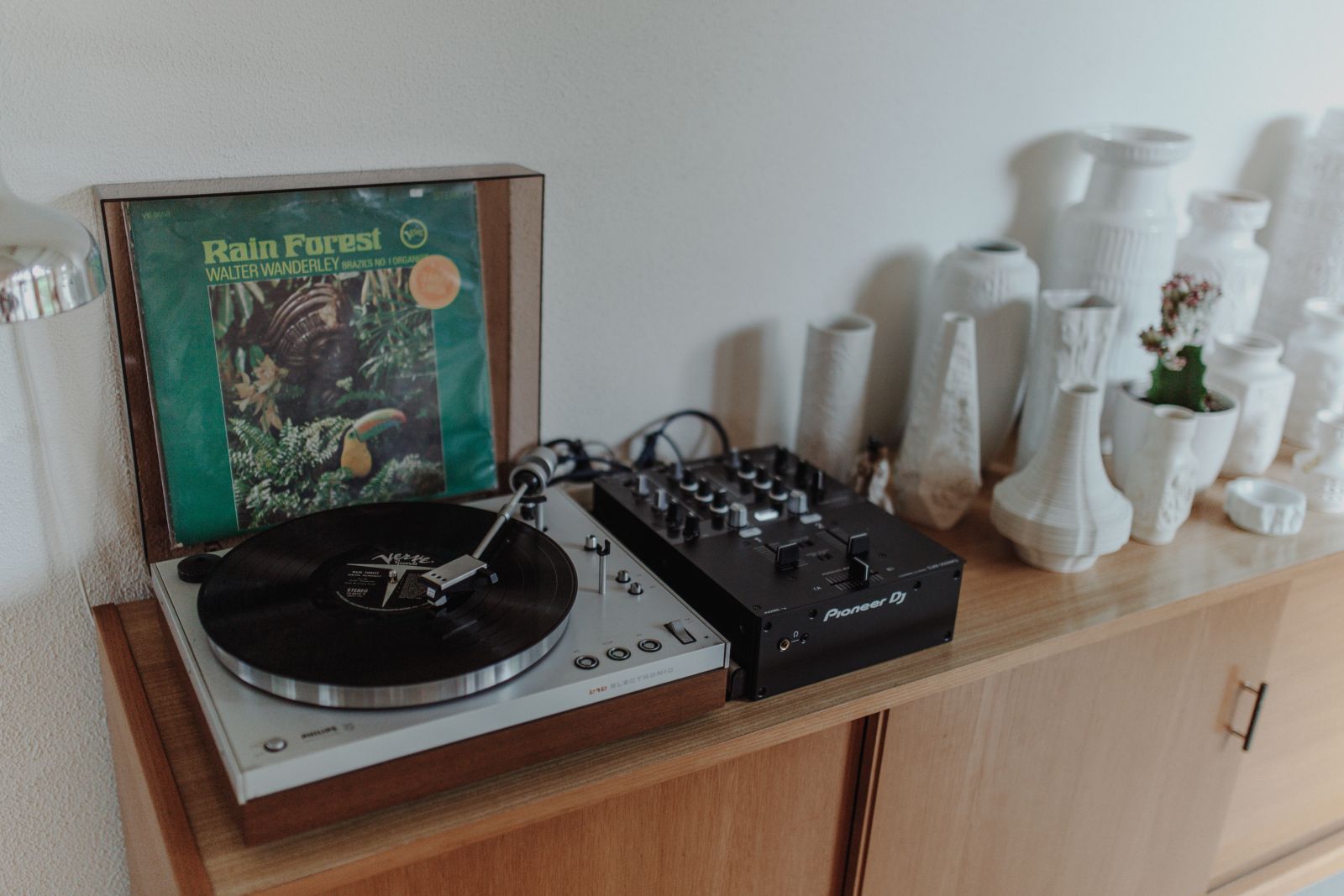 Moving into his studio, which has a calming view into the back garden and the large tree that stands there, Reith shows us the series of collages he’s been working on for the exhibition. Now that his wife Martine has moved her paintings to Amsterdam for her own exhibition there, he has more space and freedom to work on his own project.

Hypnotic Country Yoga will be on display at Mini Galerie from the 9th of June to the 14th of July. You are invited to celebrate its opening with us on the 9th of June from 17.00-20.00. We hope to see you there. 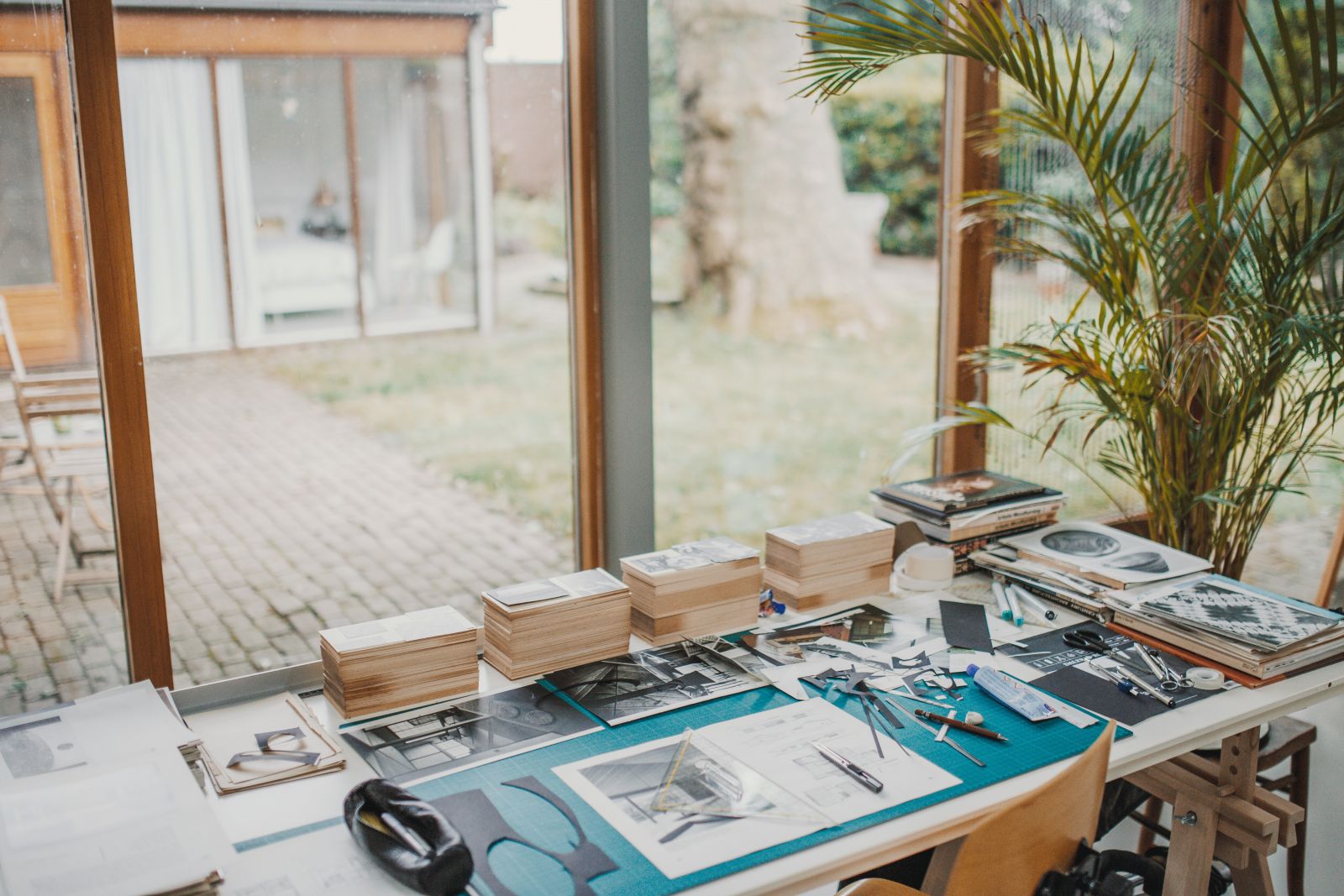 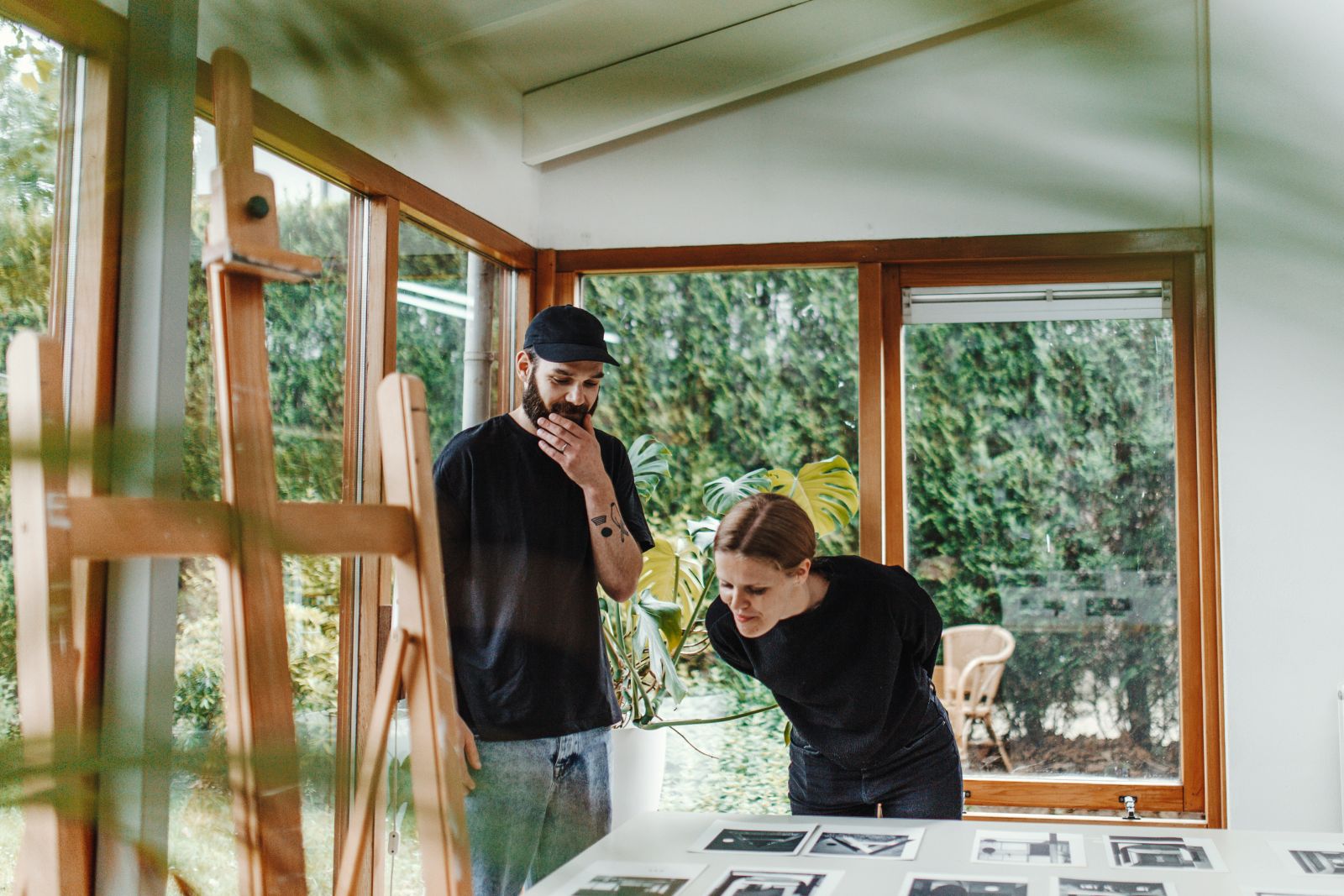 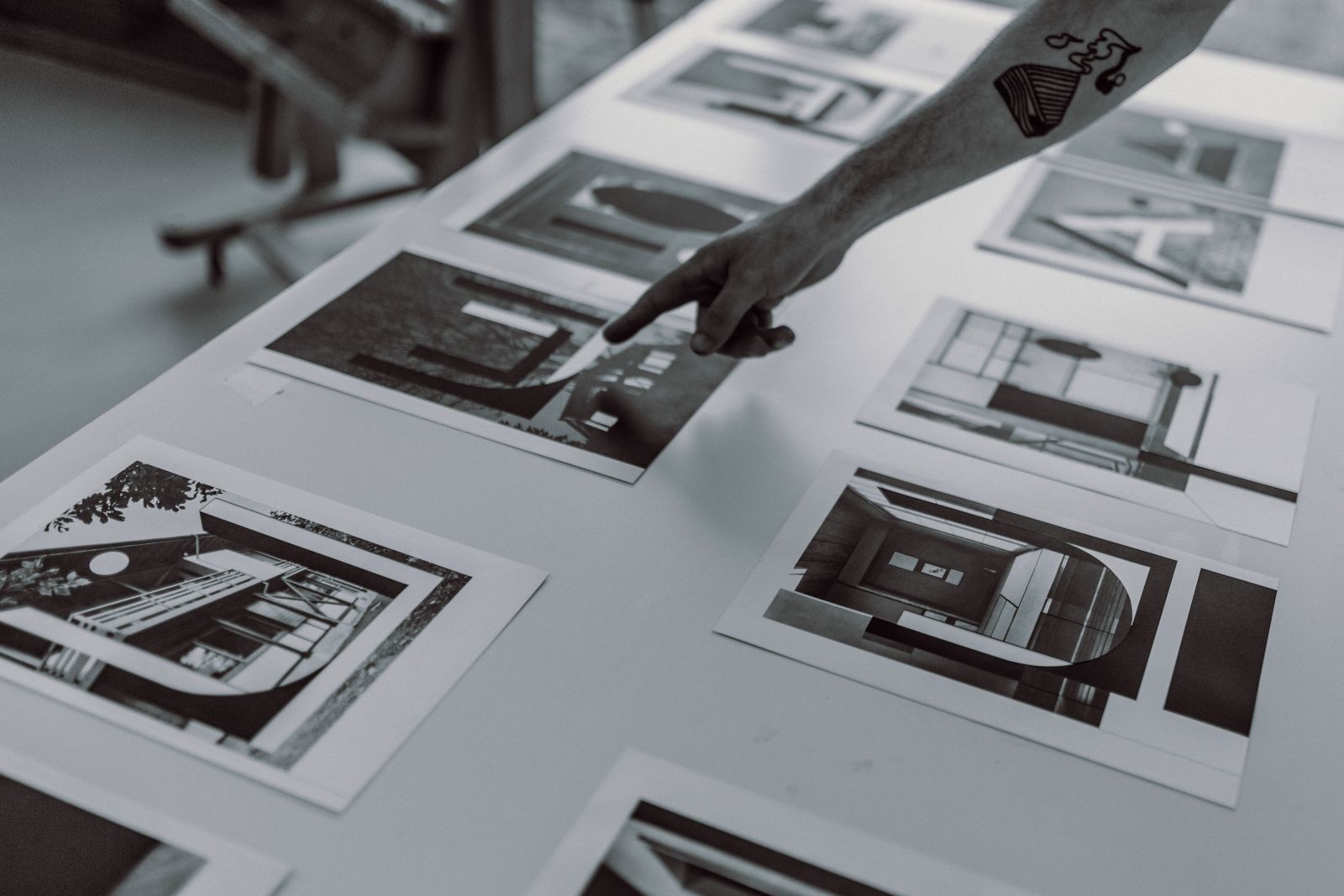 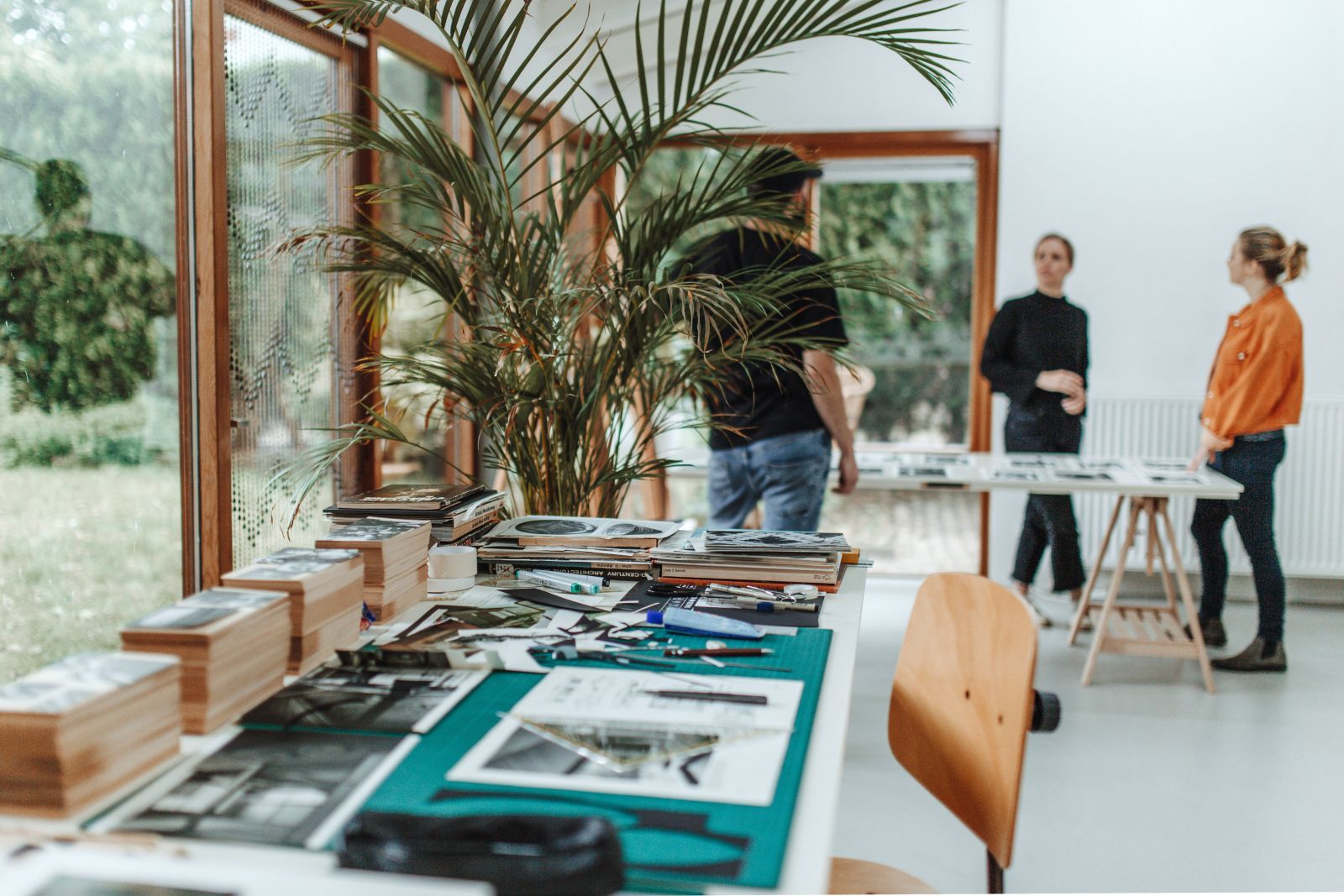 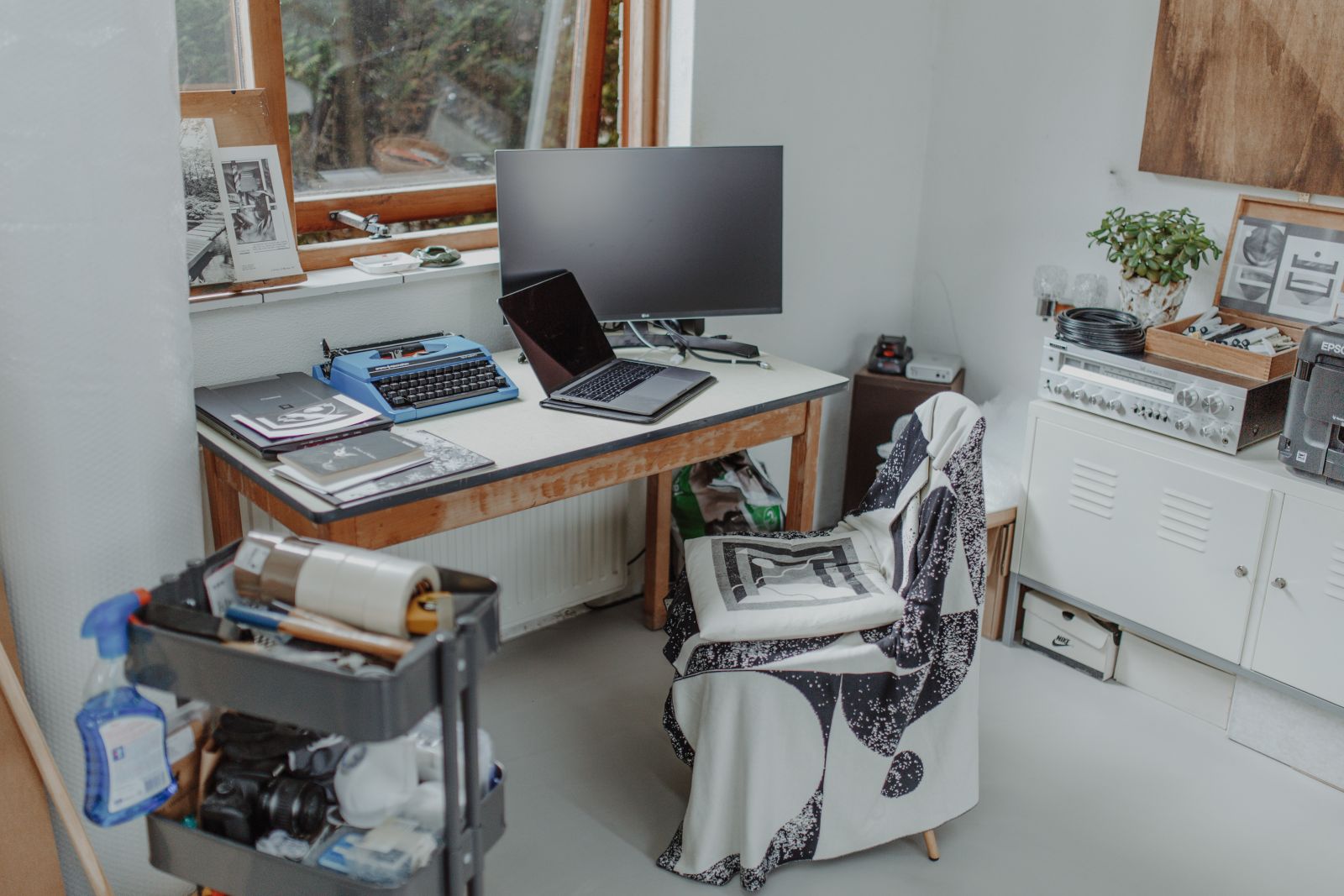 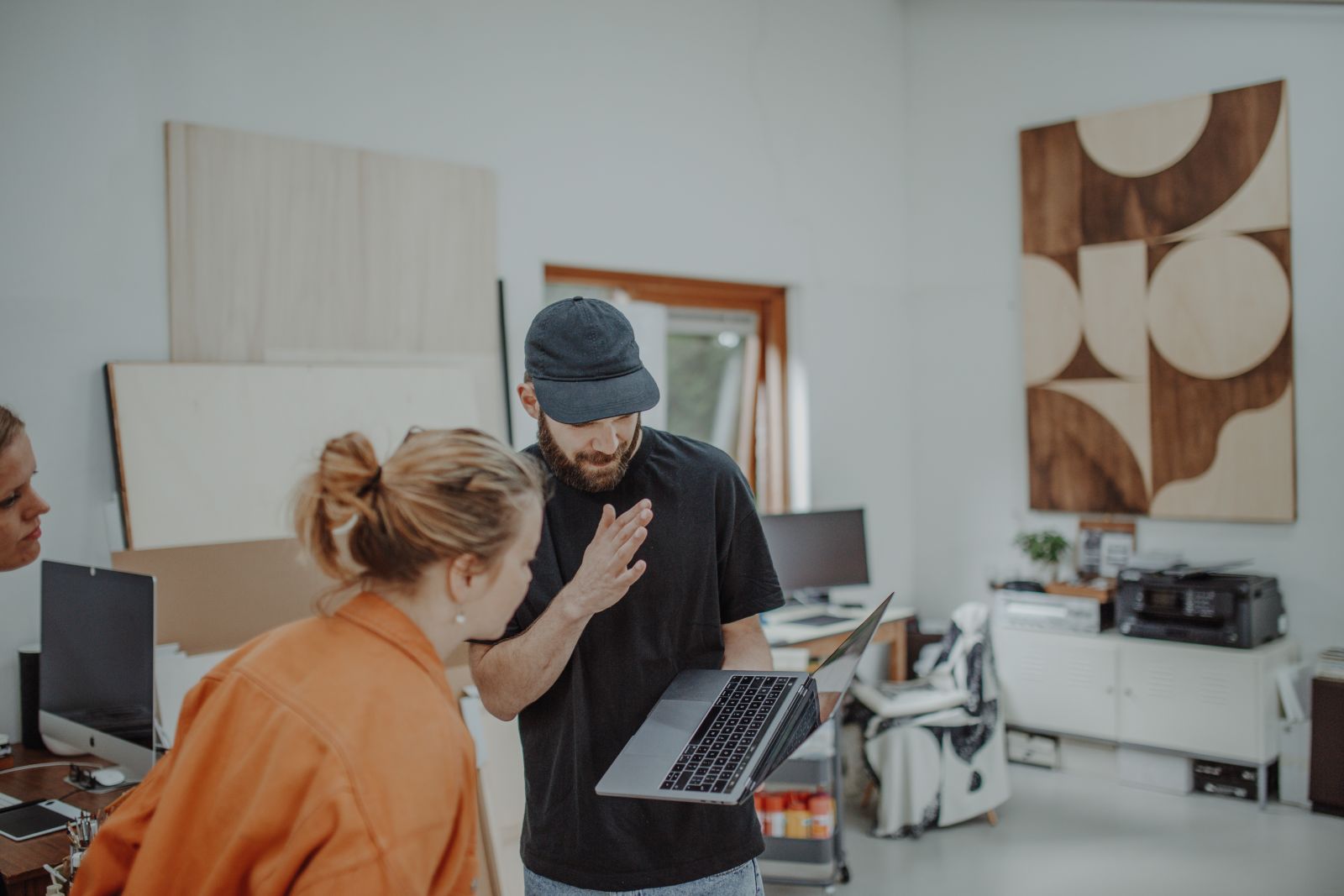 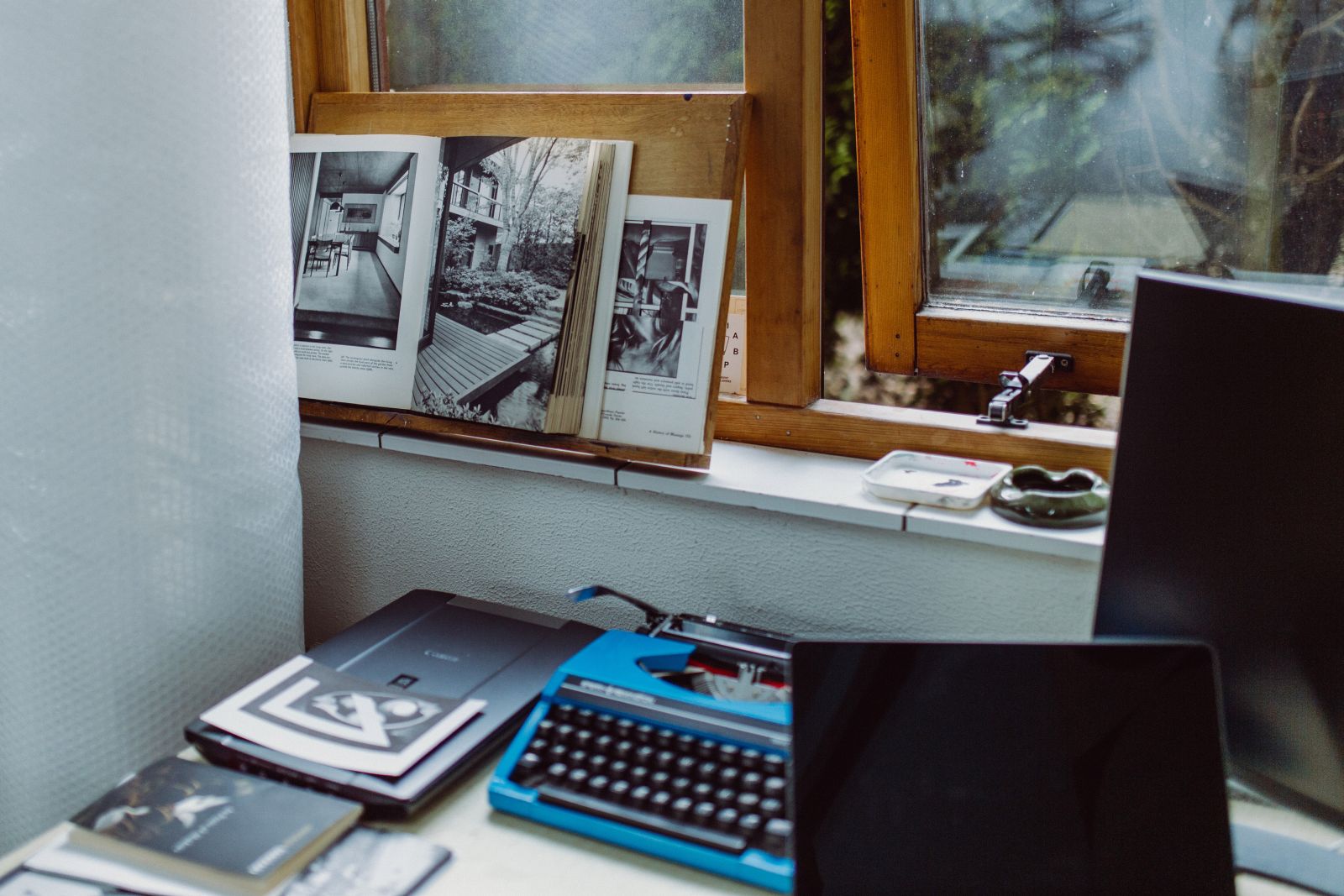 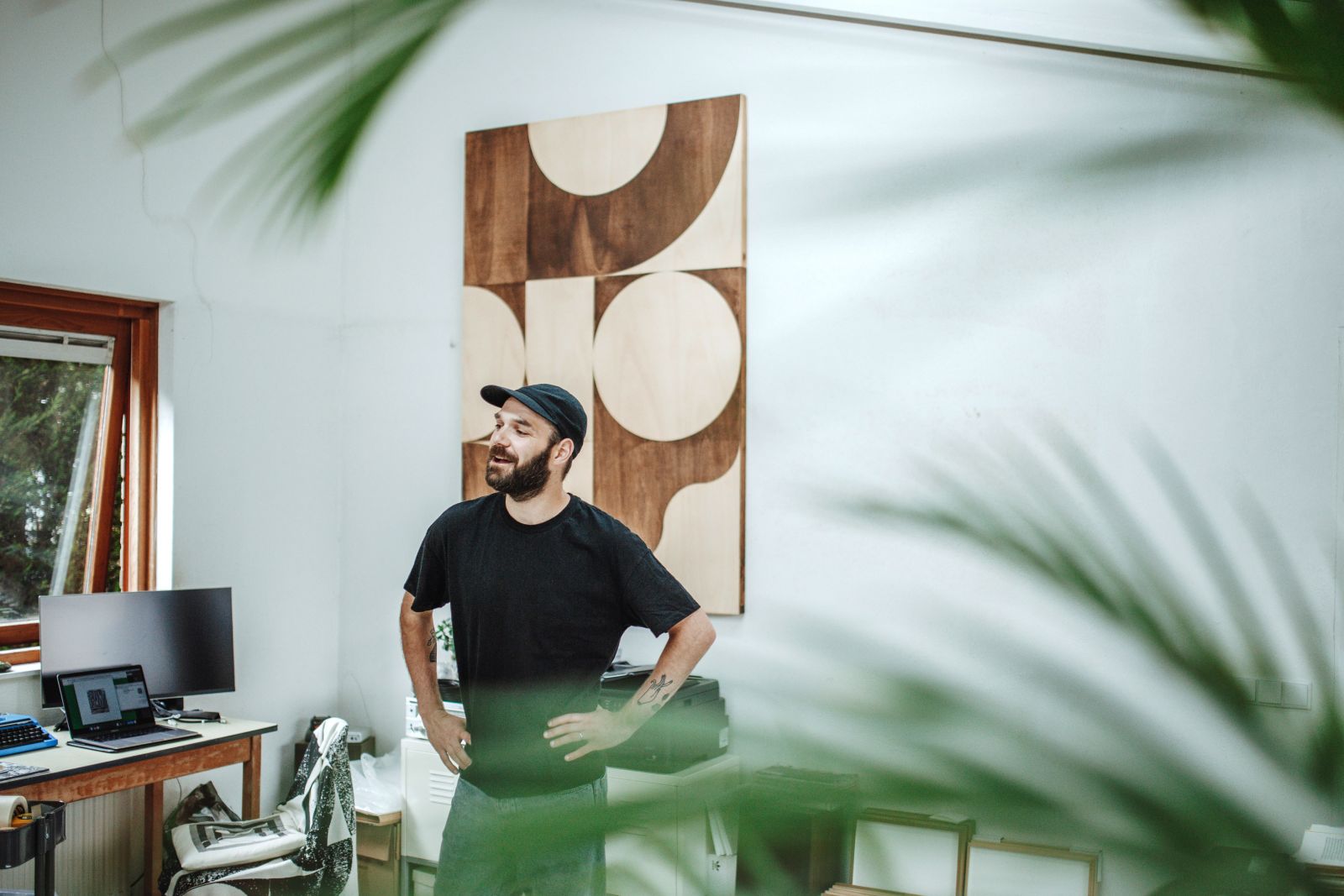 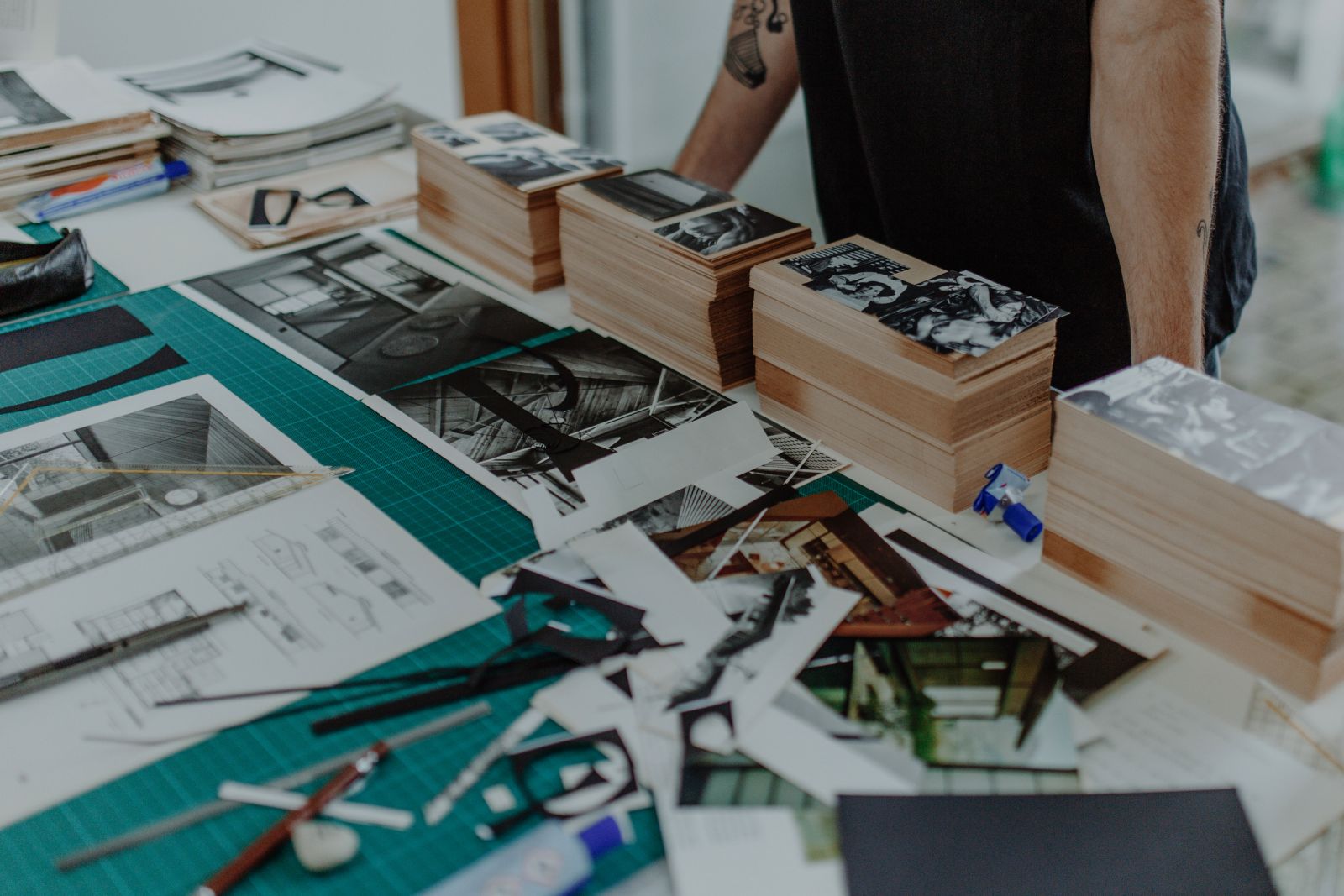 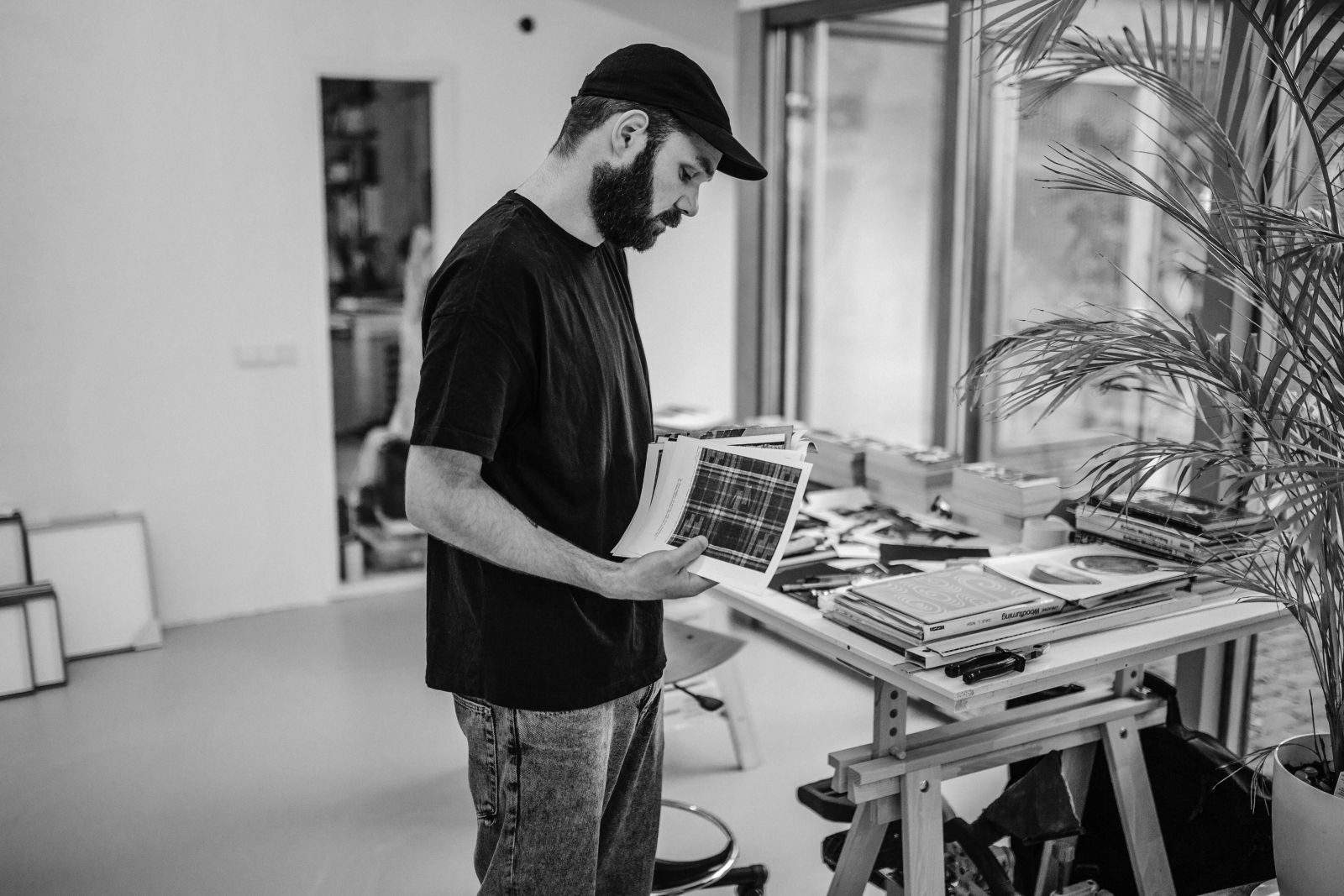 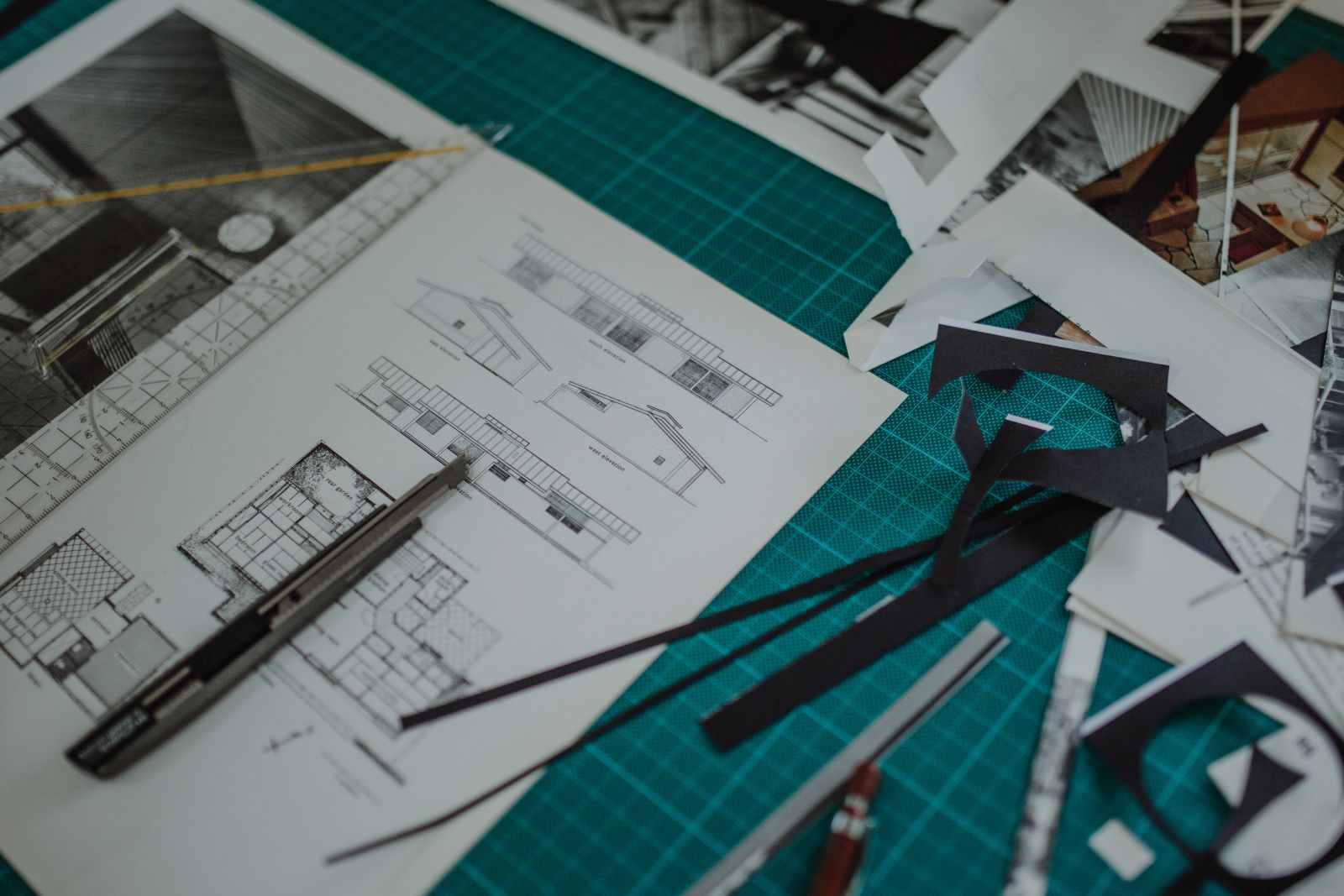 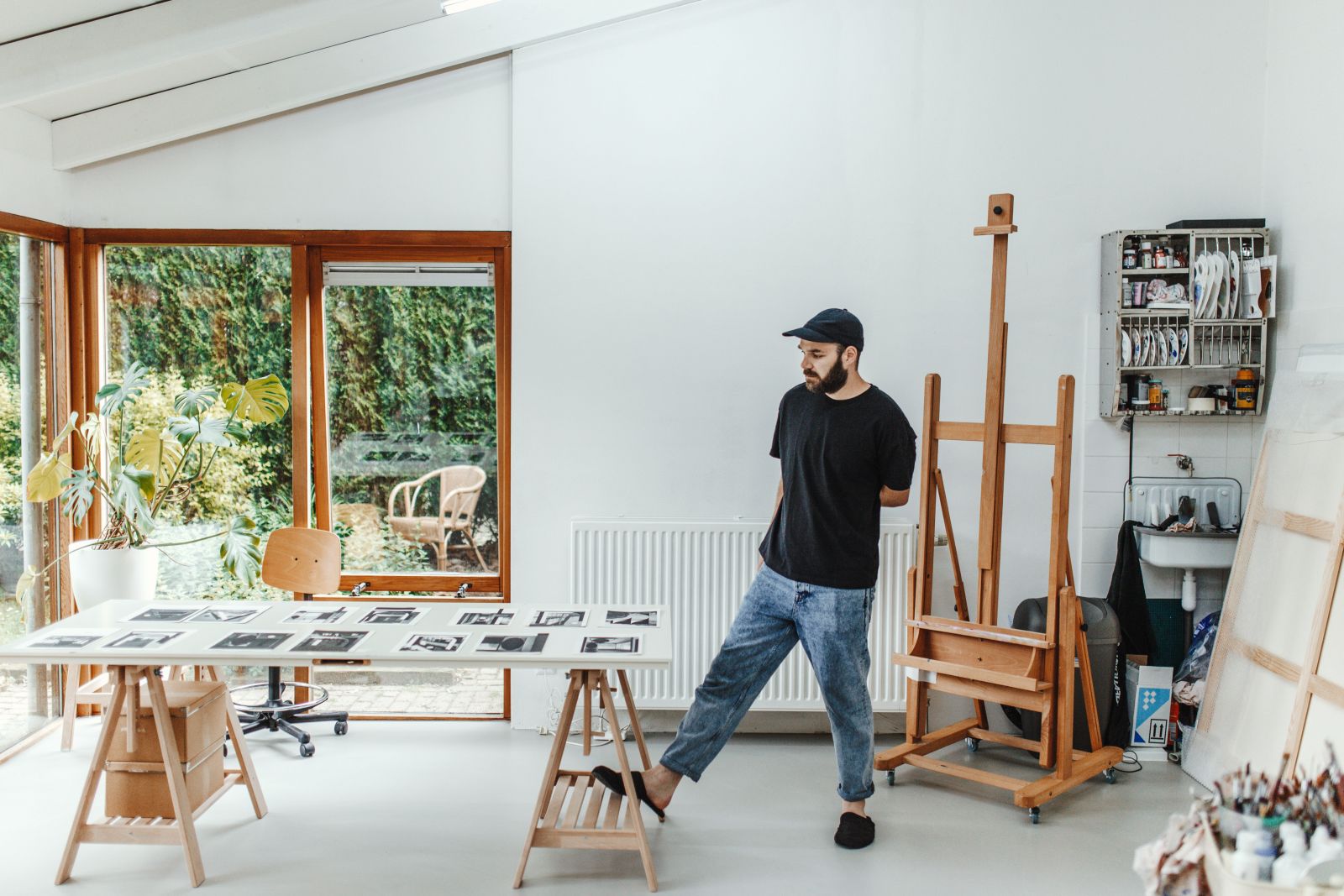 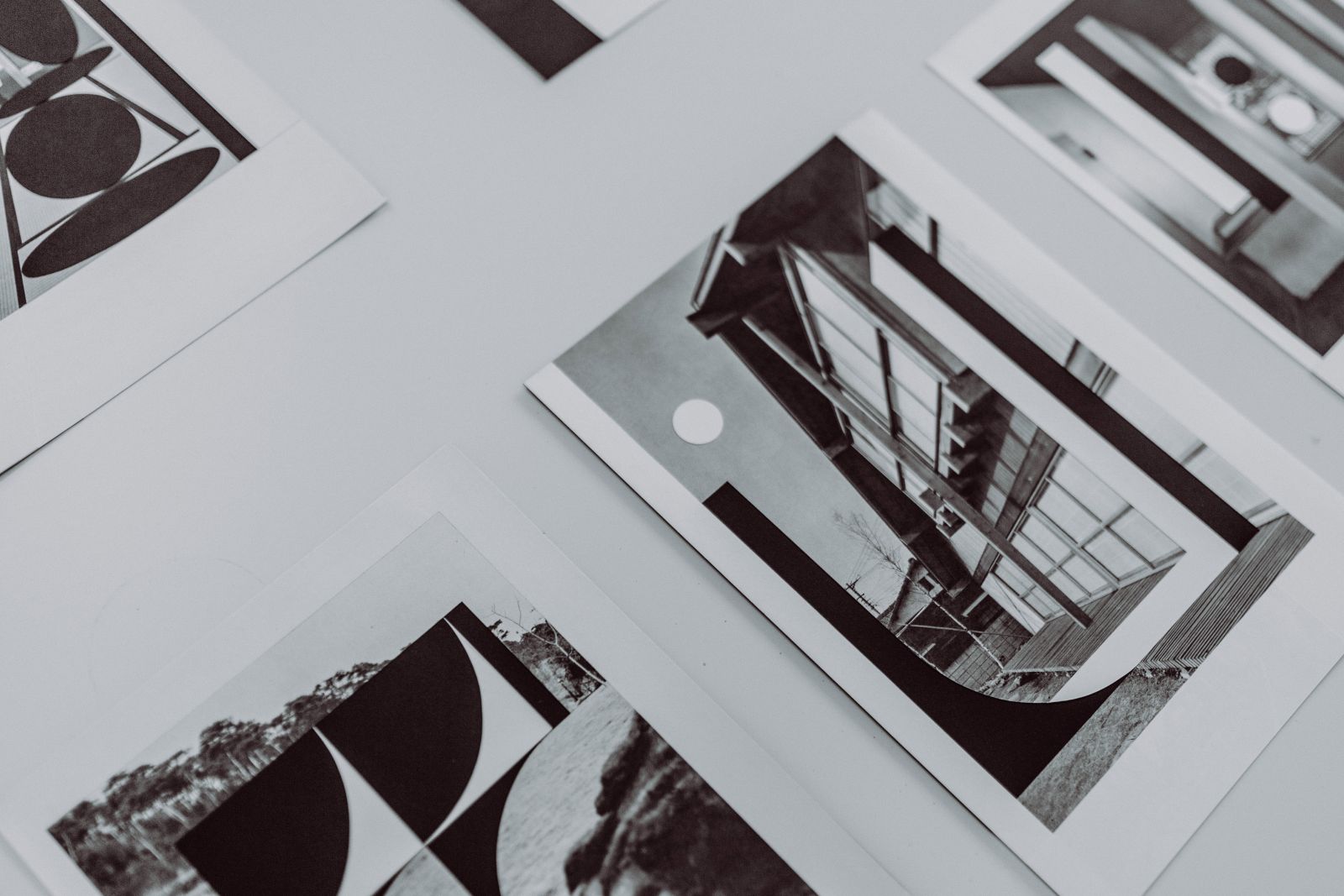 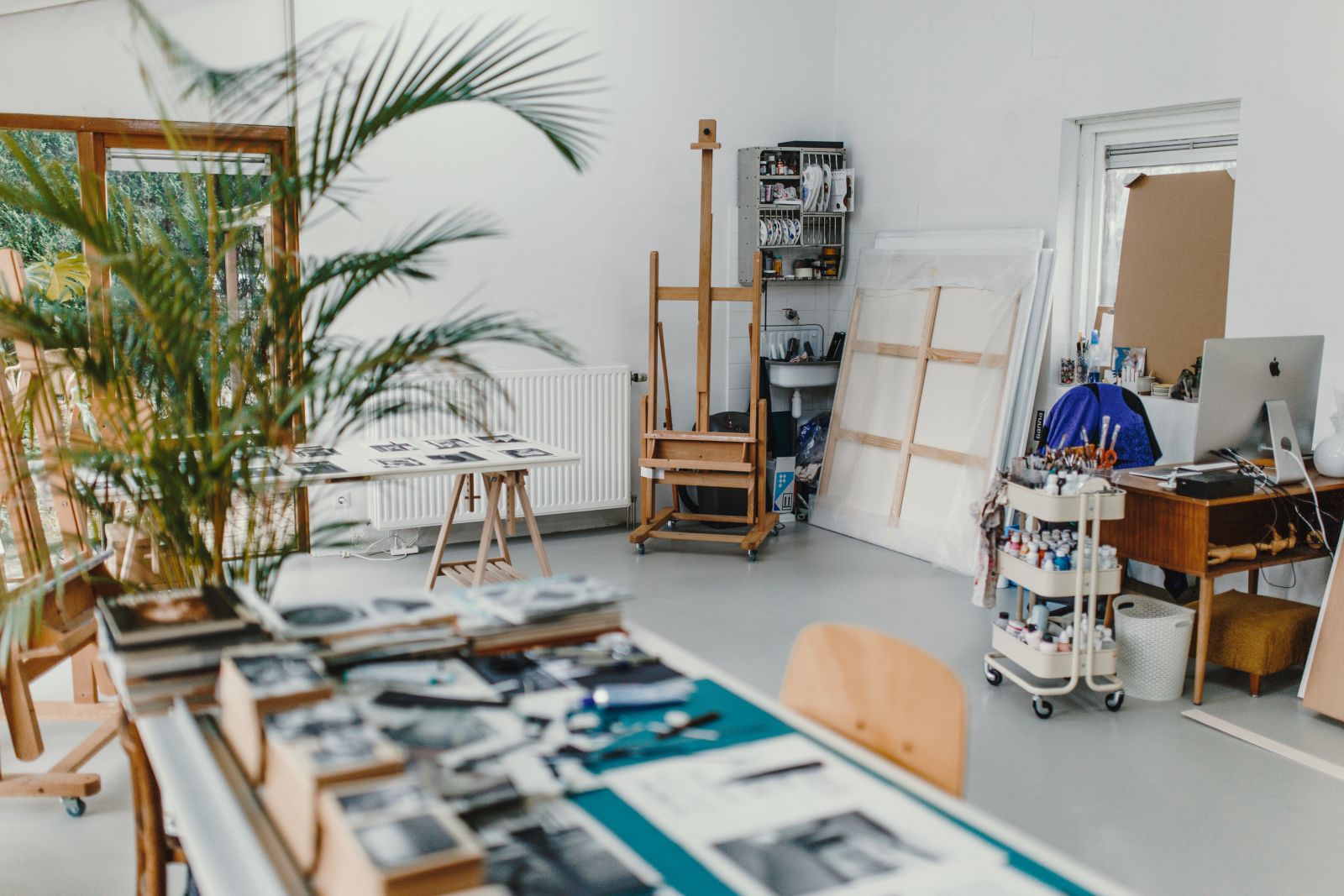