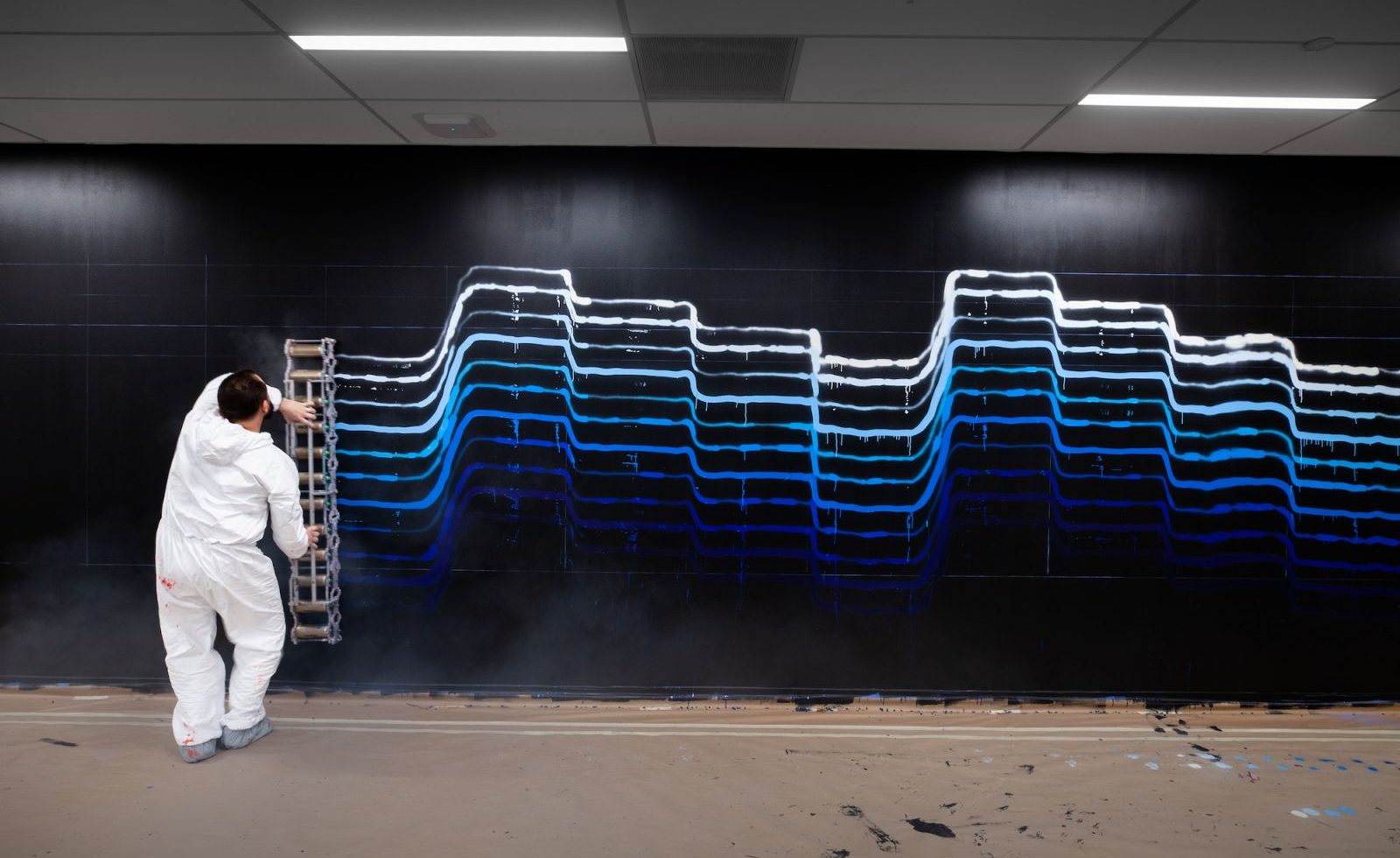 Earlier this month Jason Revok was invited by Nike to paint four murals at the label’s World Headquarters in Portland, Oregon. To create the sprawling wall pieces, the artist utilized his signature, handmade machine that emits paint simultaneously in a range of vivid colors and gradients. Each mural features an unique abstract composition that toys with perception and dimensionality.

Entirely self-taught, Jason Revok is known for pushing creative boundaries that began in the street. Although his story begins with graffiti, the artist has spent the last decade focussing on his studio practice and the evolution of process and concept. Refusing to be limited by his early recognition, Revok allows only certain elements from graffiti culture to transition to his contemporary work – modest materials and industrial tools, ingenuity, his name – but his proclivity towards minimalism and post-painterly abstraction has become the driving force behind his practice. 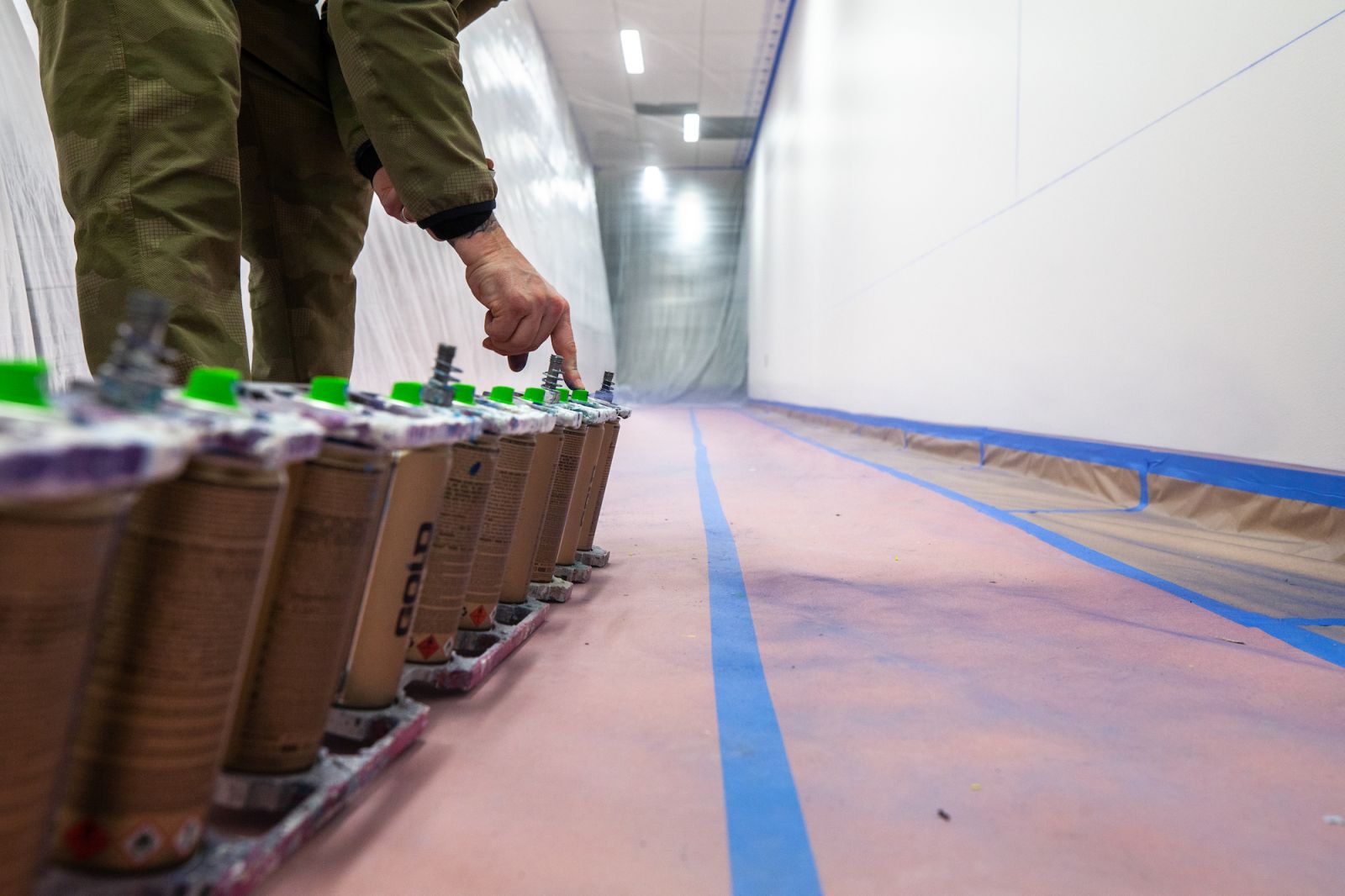 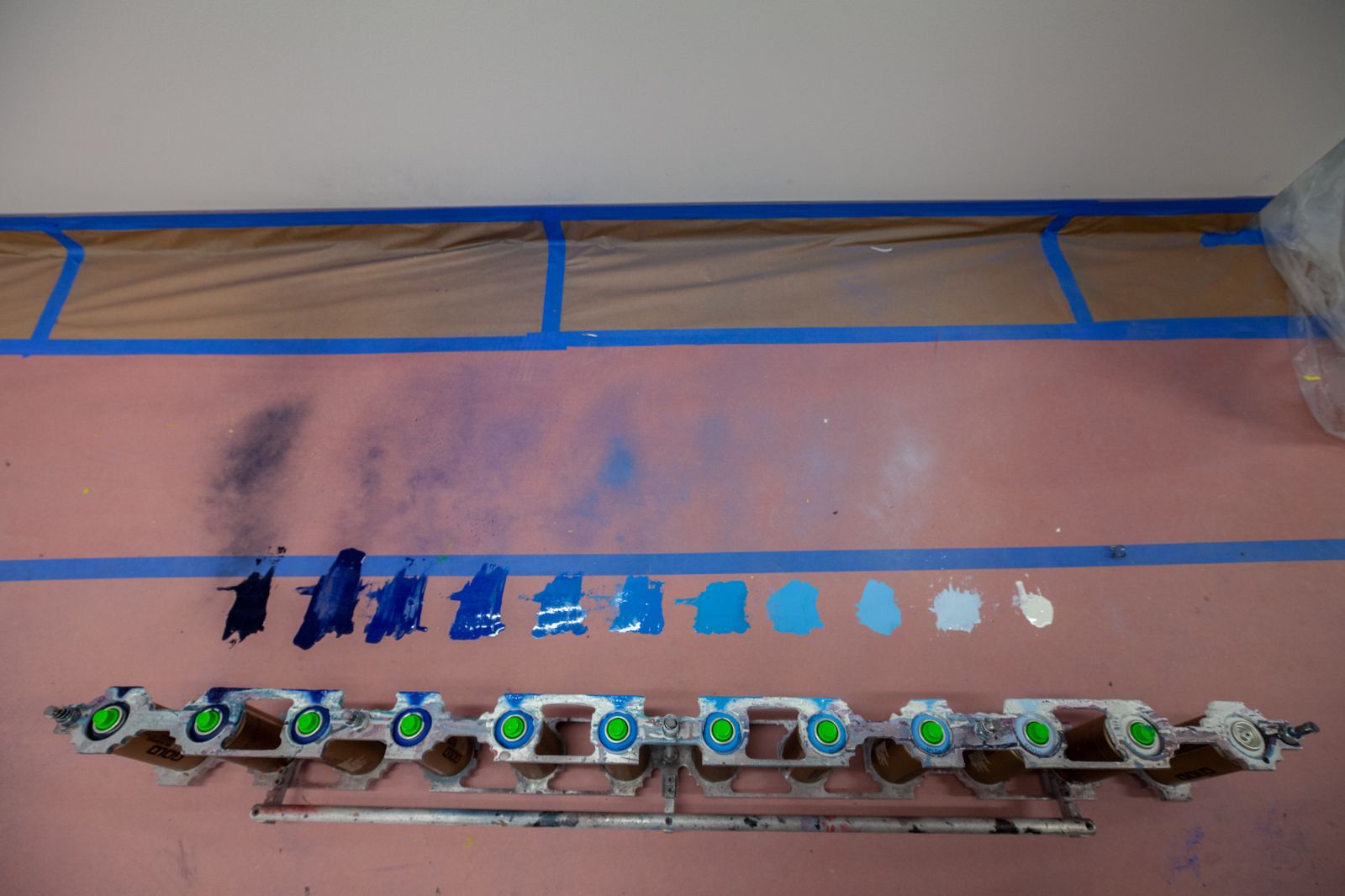 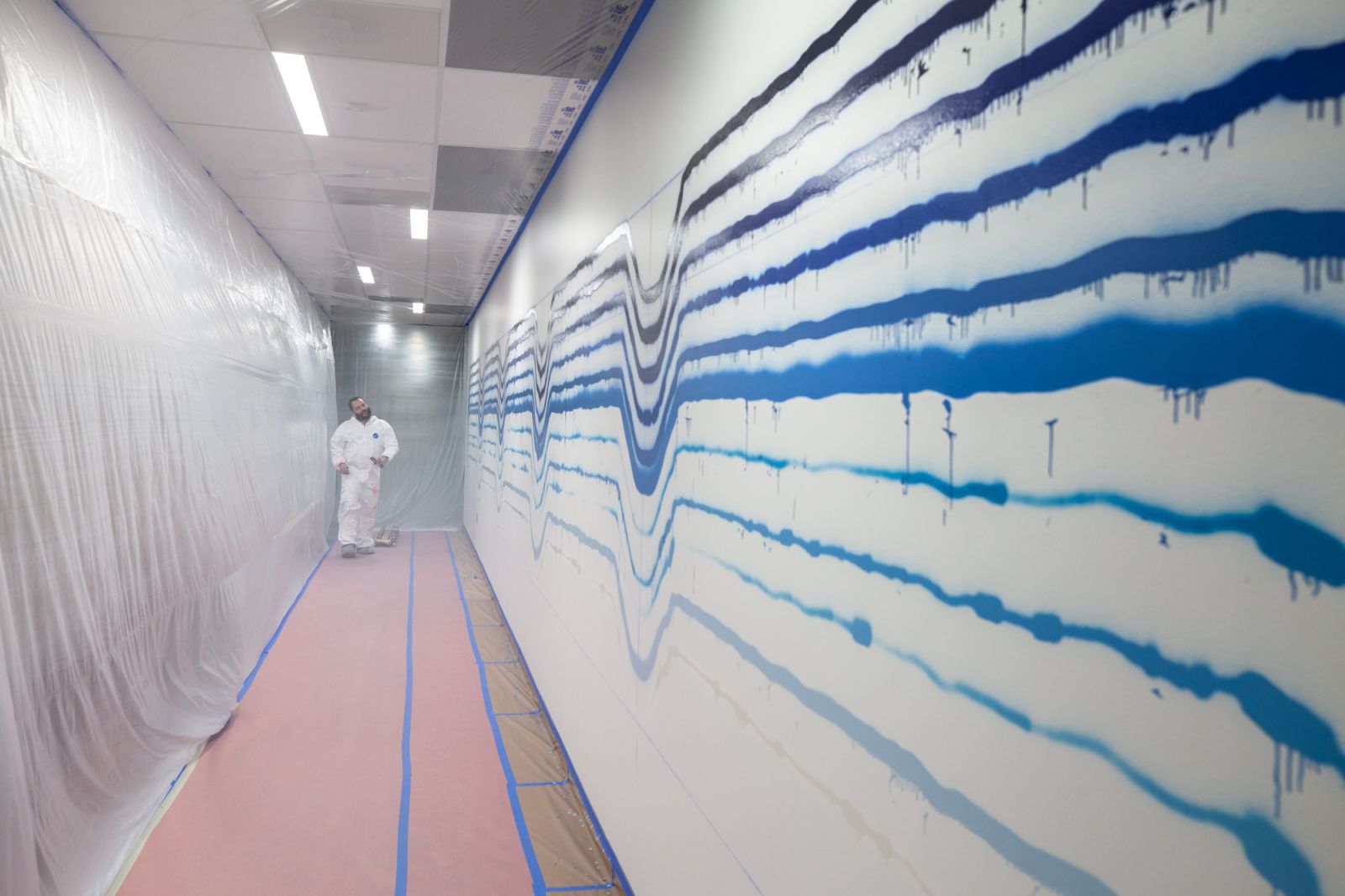 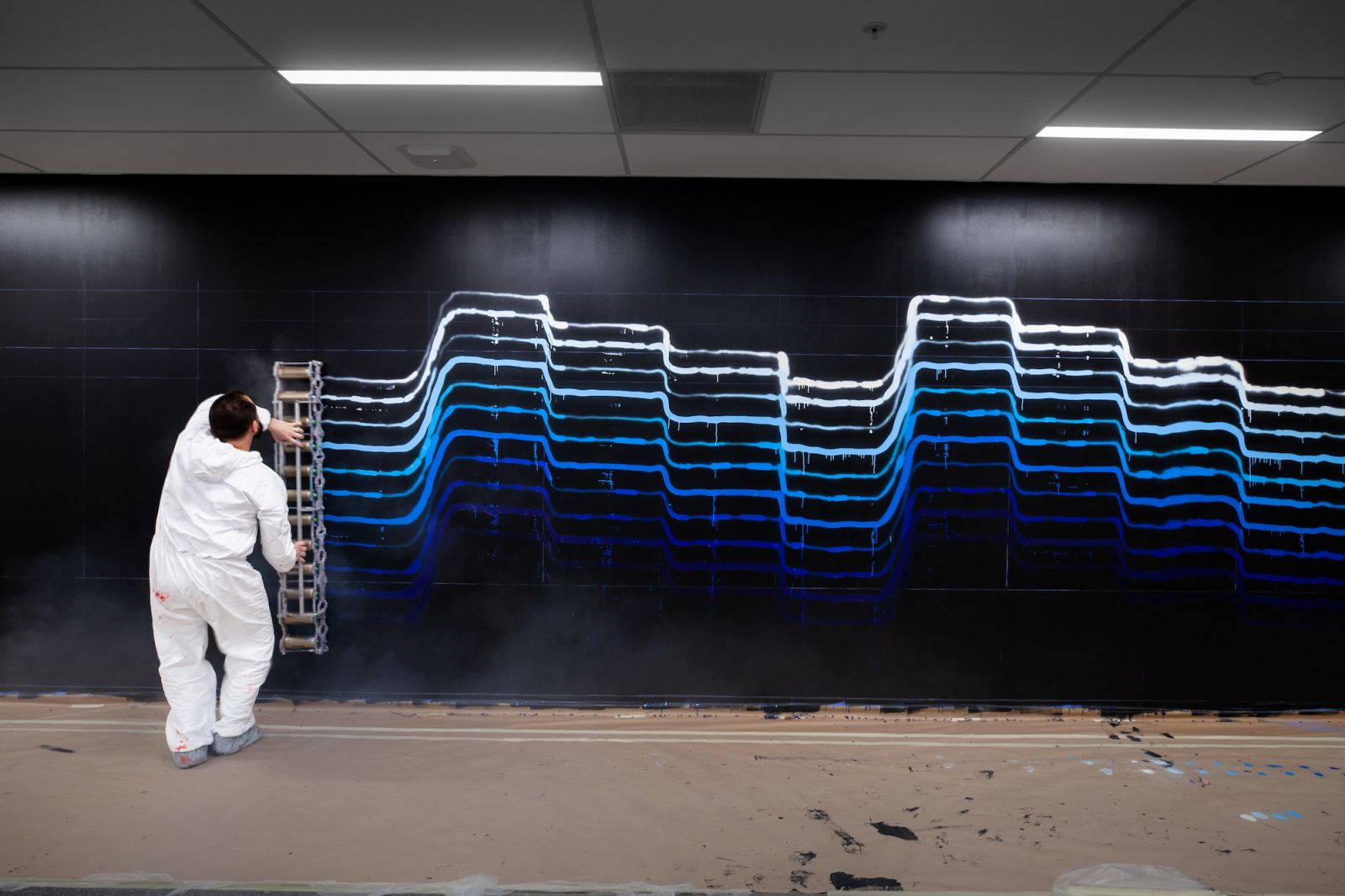 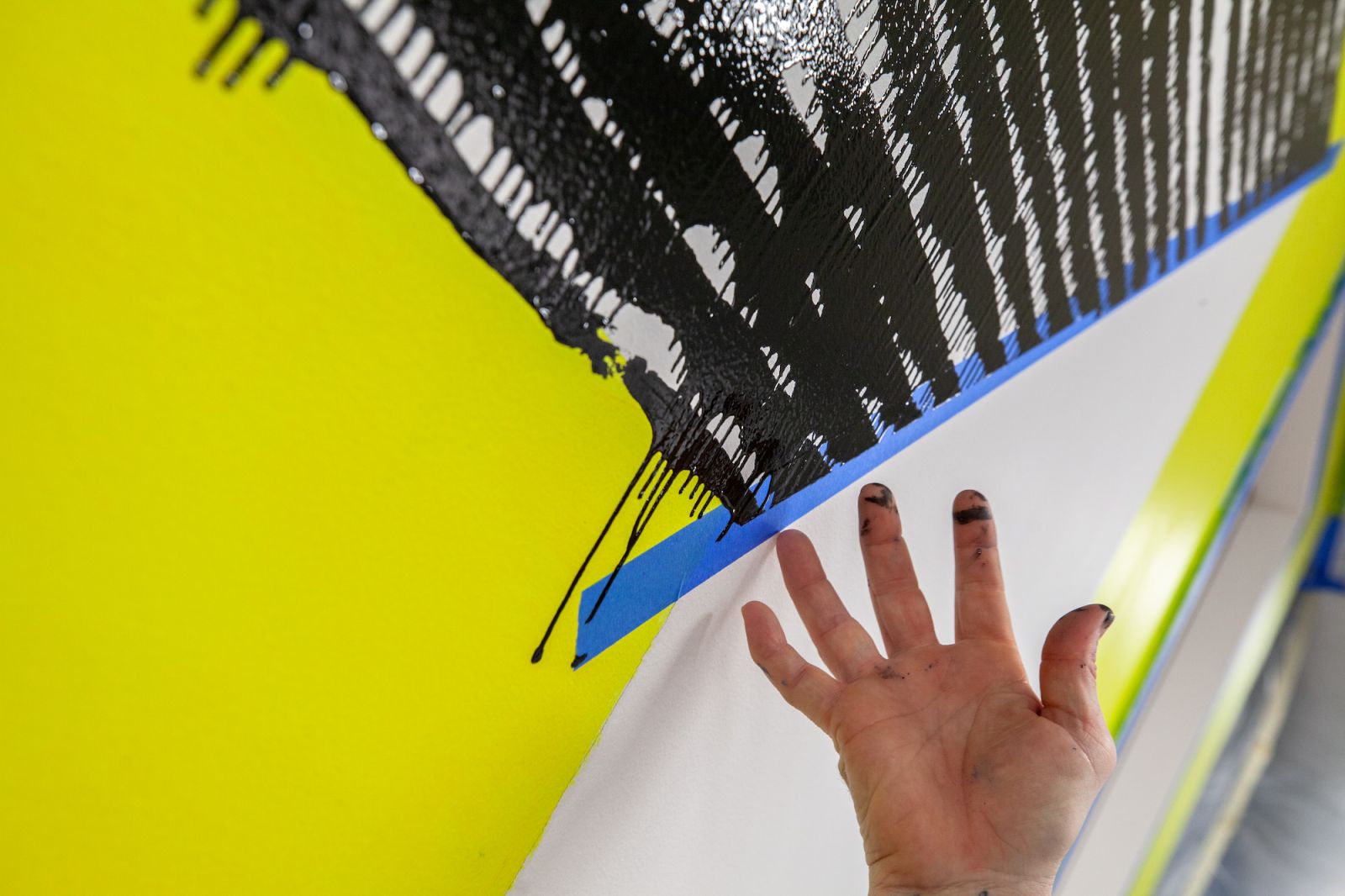 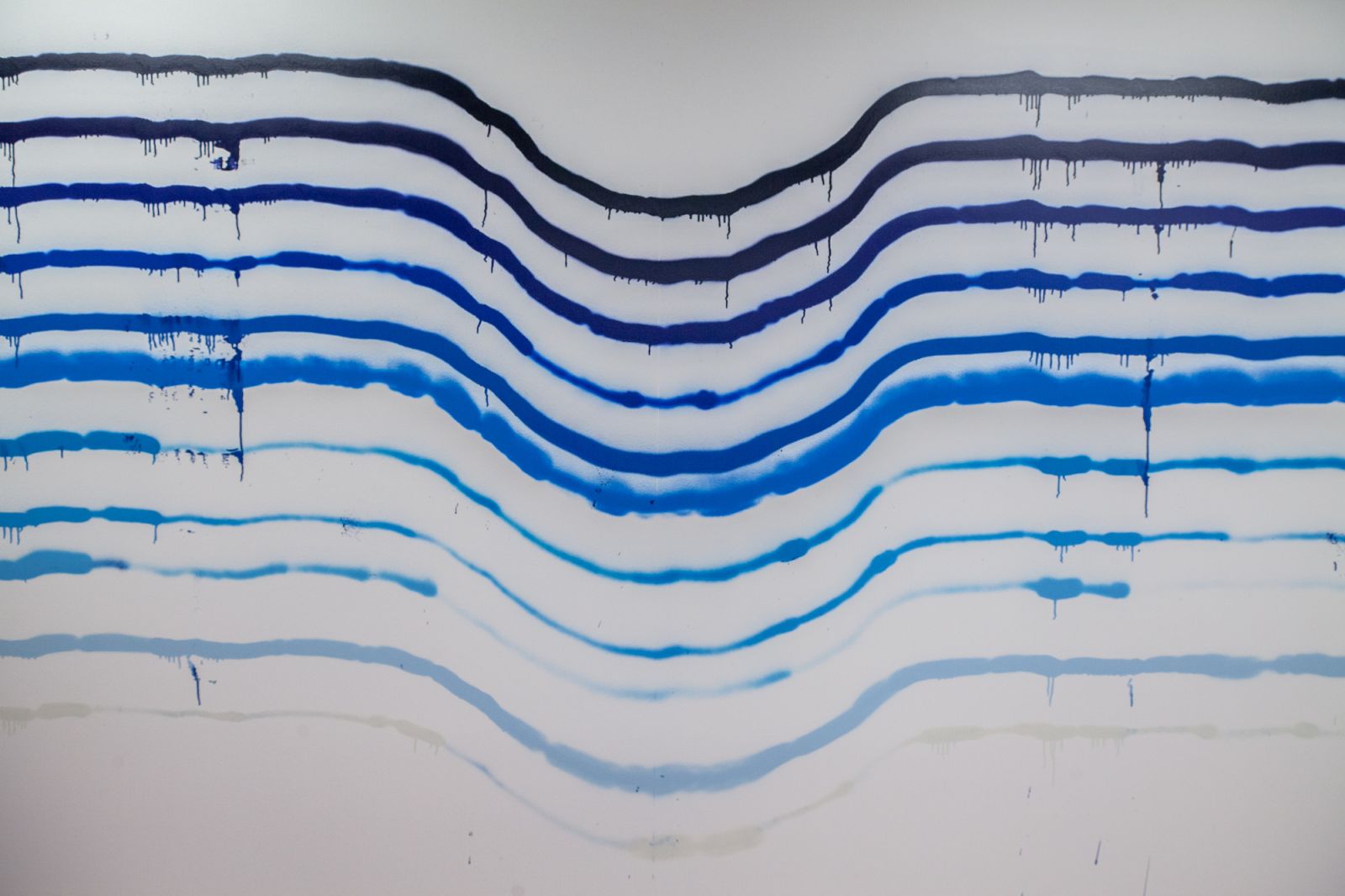 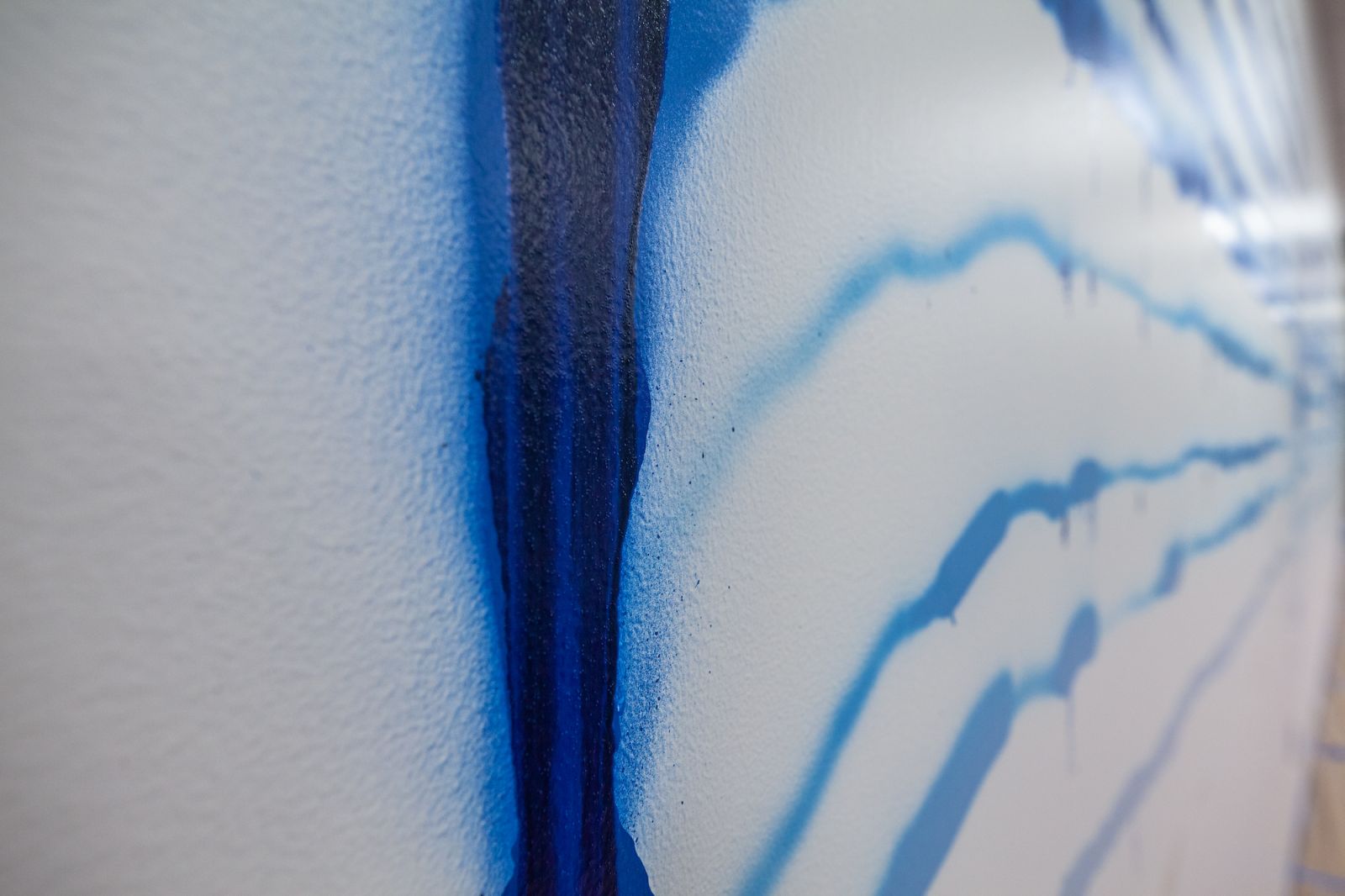 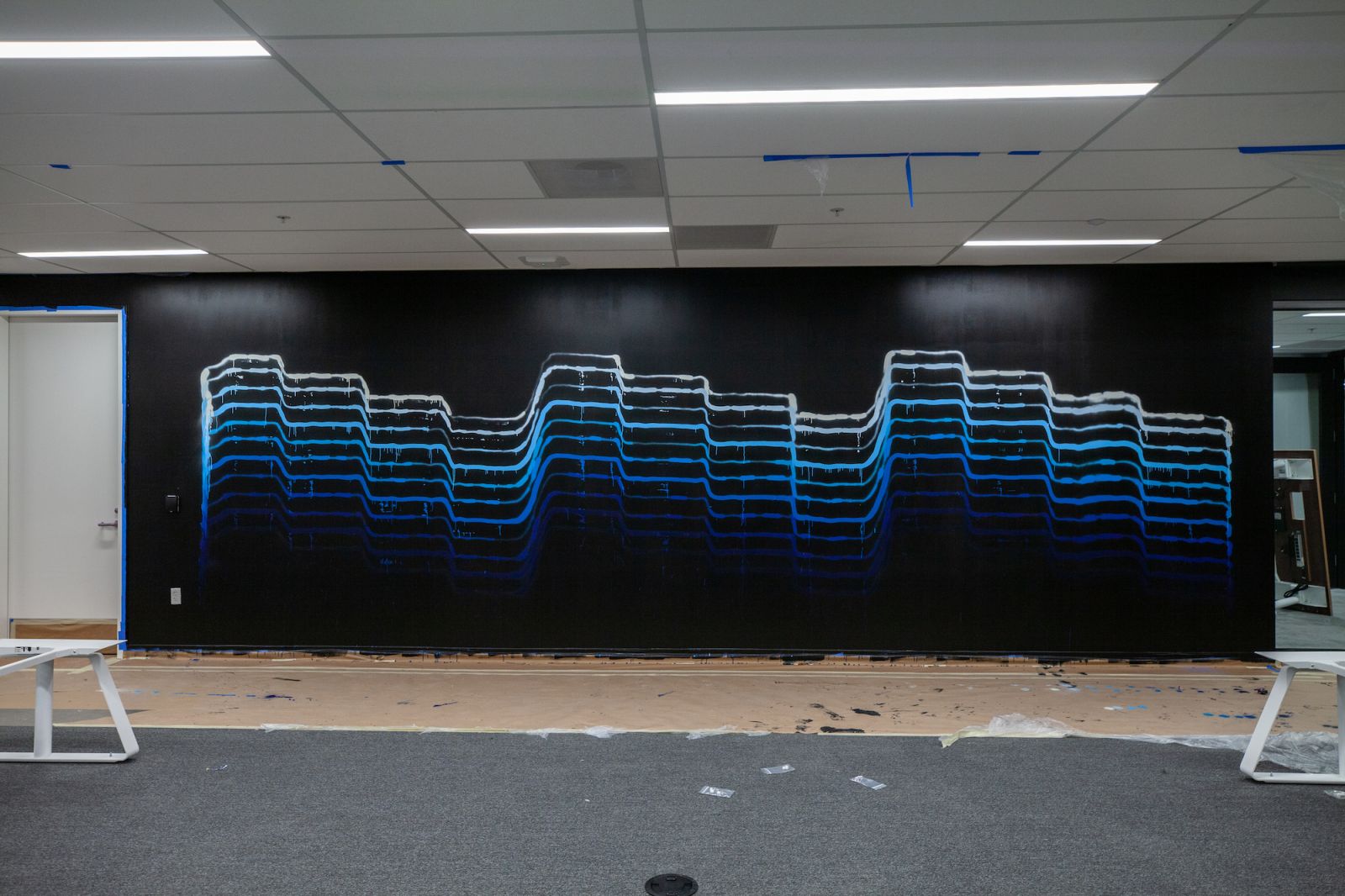 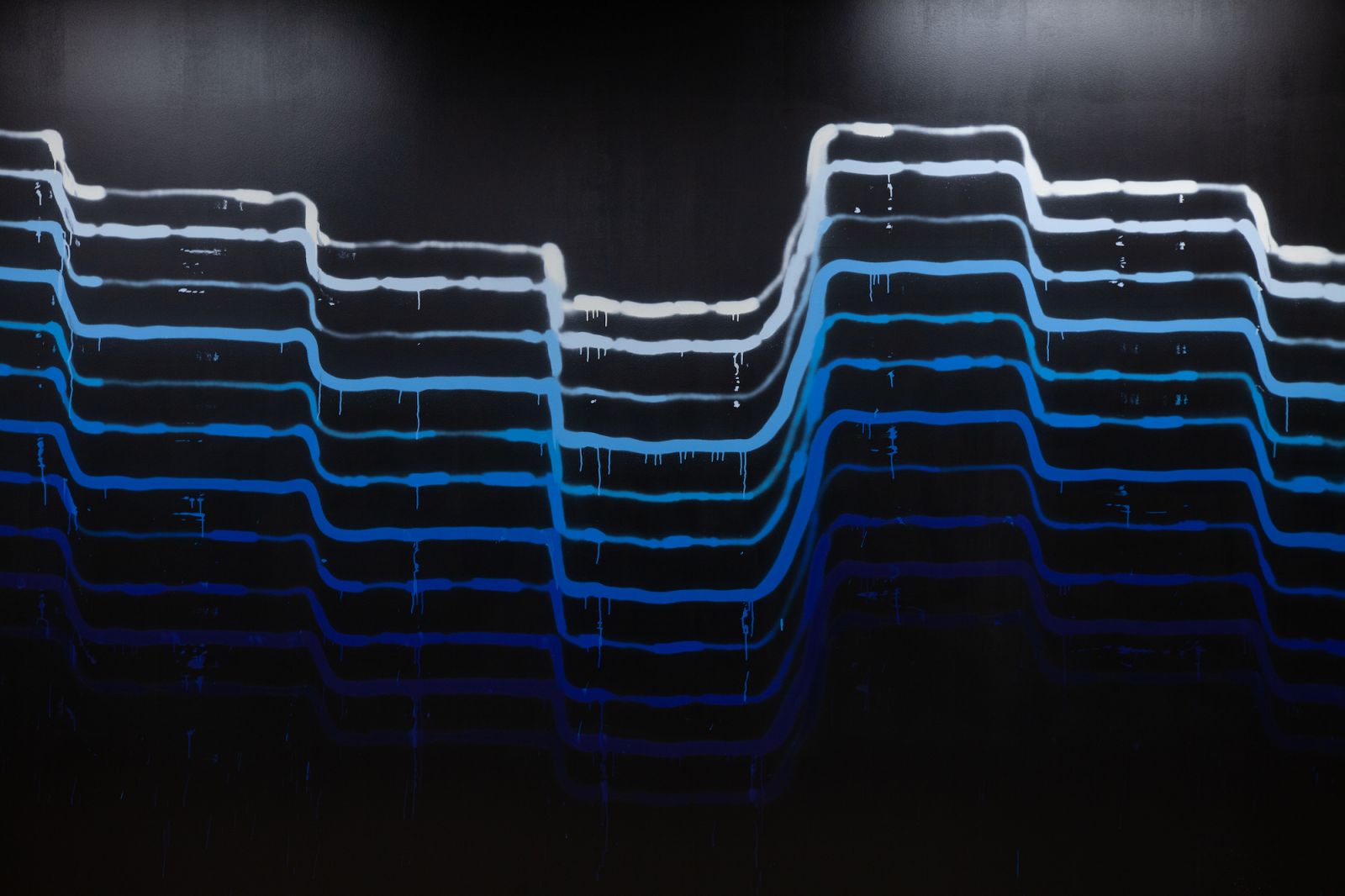 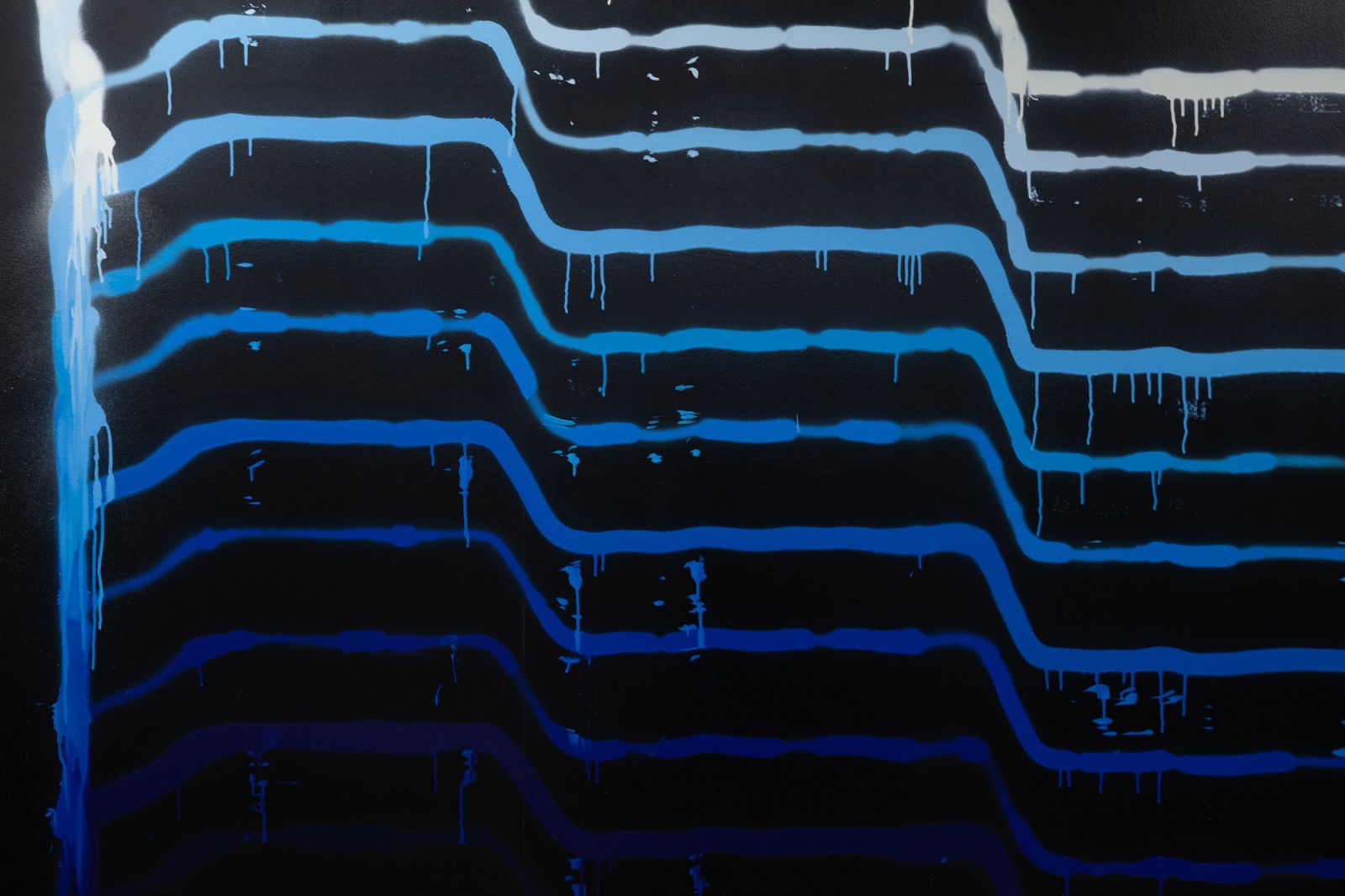 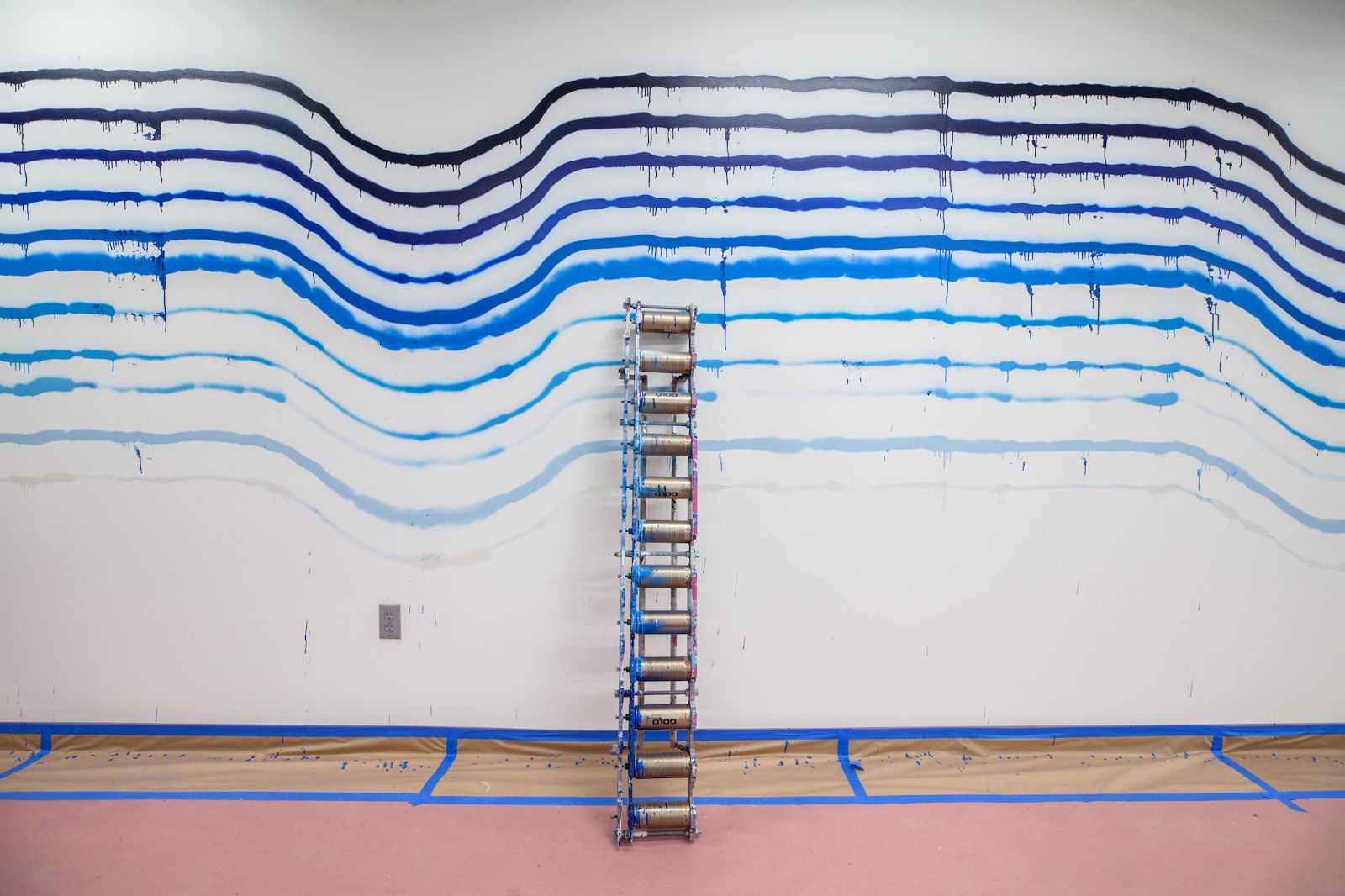 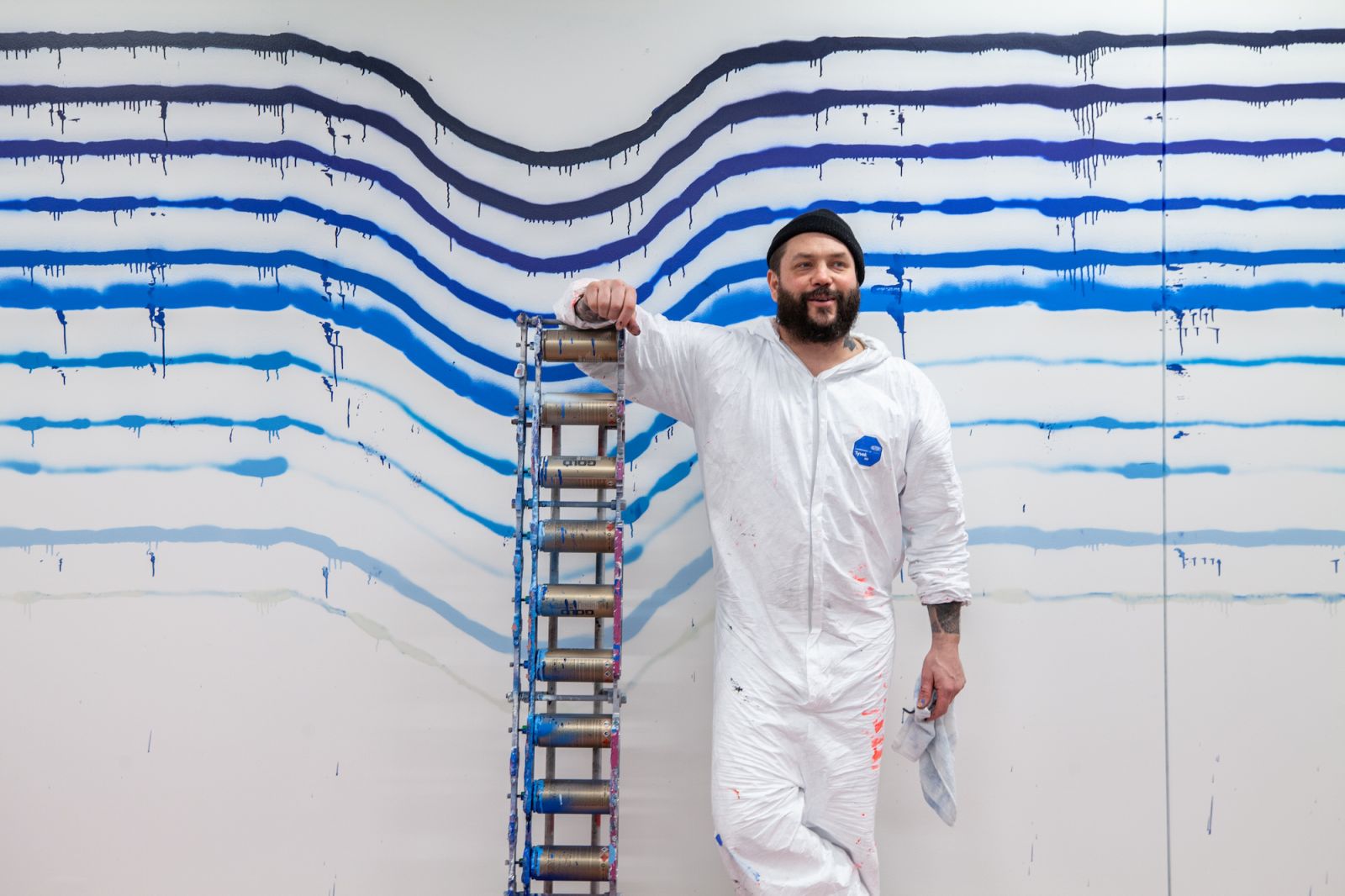