Outside by Jonathan Ryan Storm

On the outskirts of a small town called Putney in Vermont, Jonathan Ryan Storm featured his artworks outdoors as part of the Outside exhibition. The original plan was to show the works indoors in an old church in Southern Vermont, but because of Covid-19 restrictions the entire exhibition was moved outside. The artworks were faced inwards towards the pond so that the ideal way to see the show was in a canoe or kayak. In this way the landscape became part of the exhibition with its atmosphere and striking beauty. When the sun set, the show was broken down and the works were stored in an old barn.

Jonathan Ryan Storm (US, 1980) is an American artist, based in Vermont. After studying Metaphysics at Wheaton College in 2003, he then began making paintings, sculptures and installations that explore visual possibilities. There is a sense of hypnotic flow in his use of shapes, line and colour yet also of playful irregularity in his use of asymmetrical, collaged canvases. 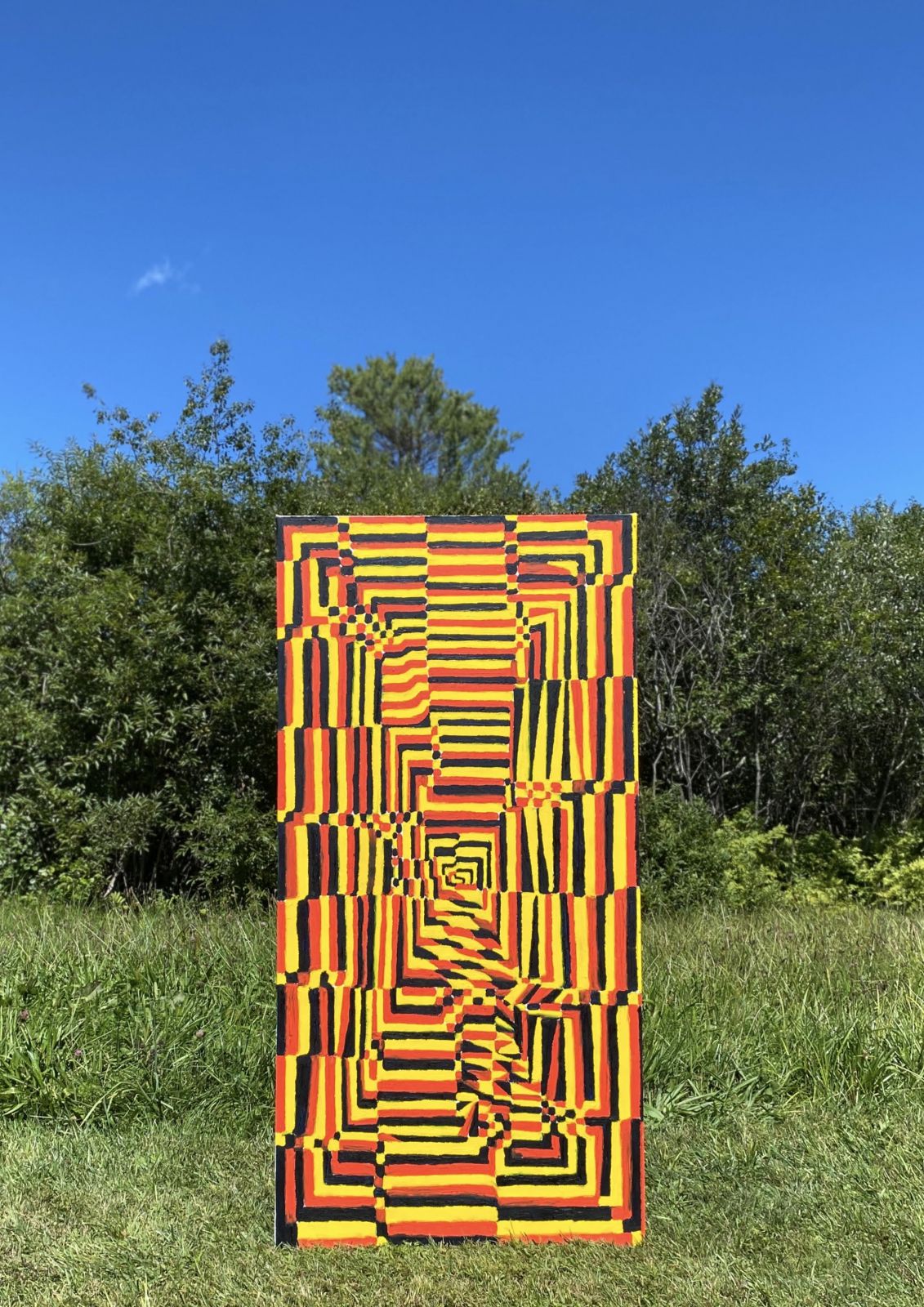 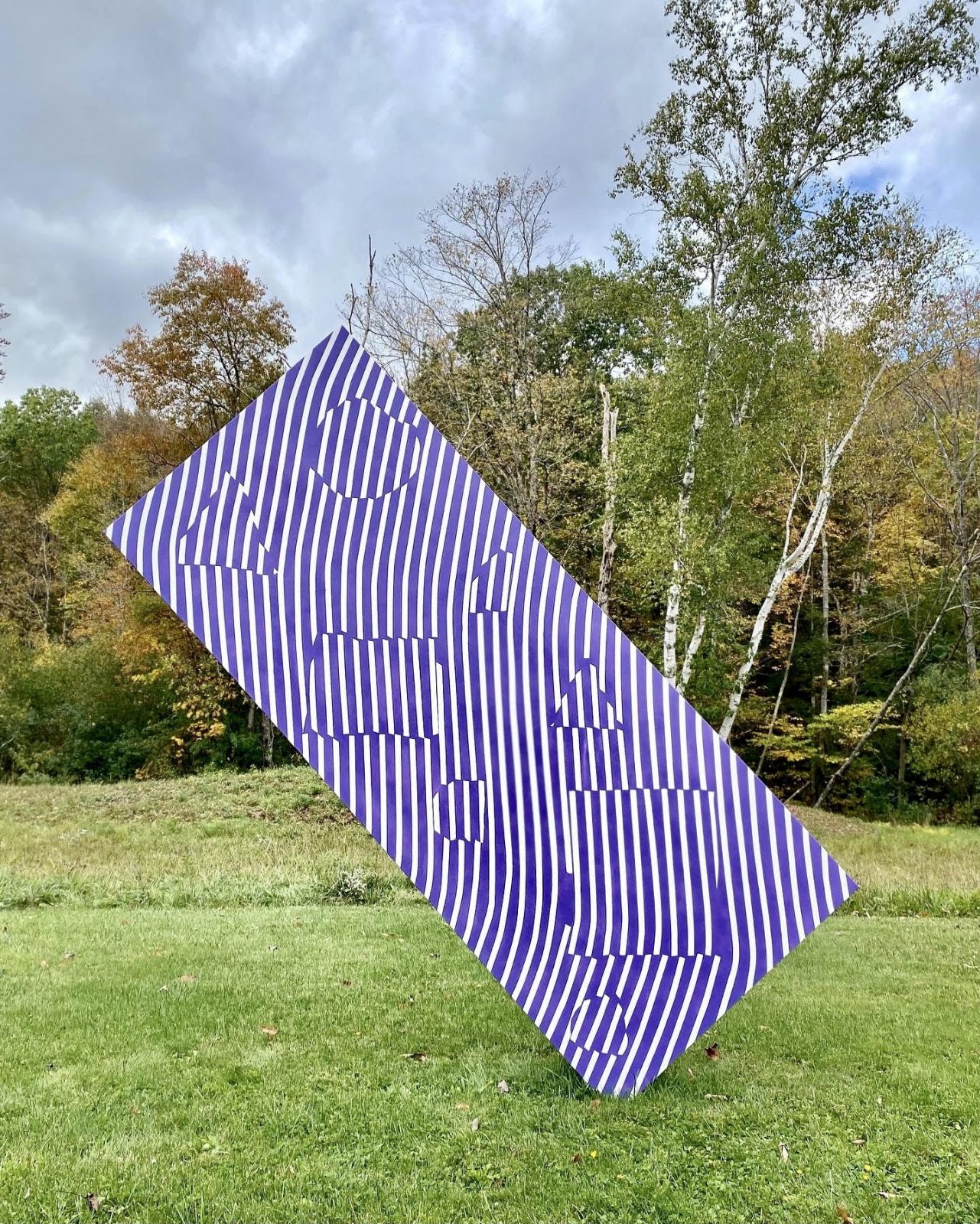 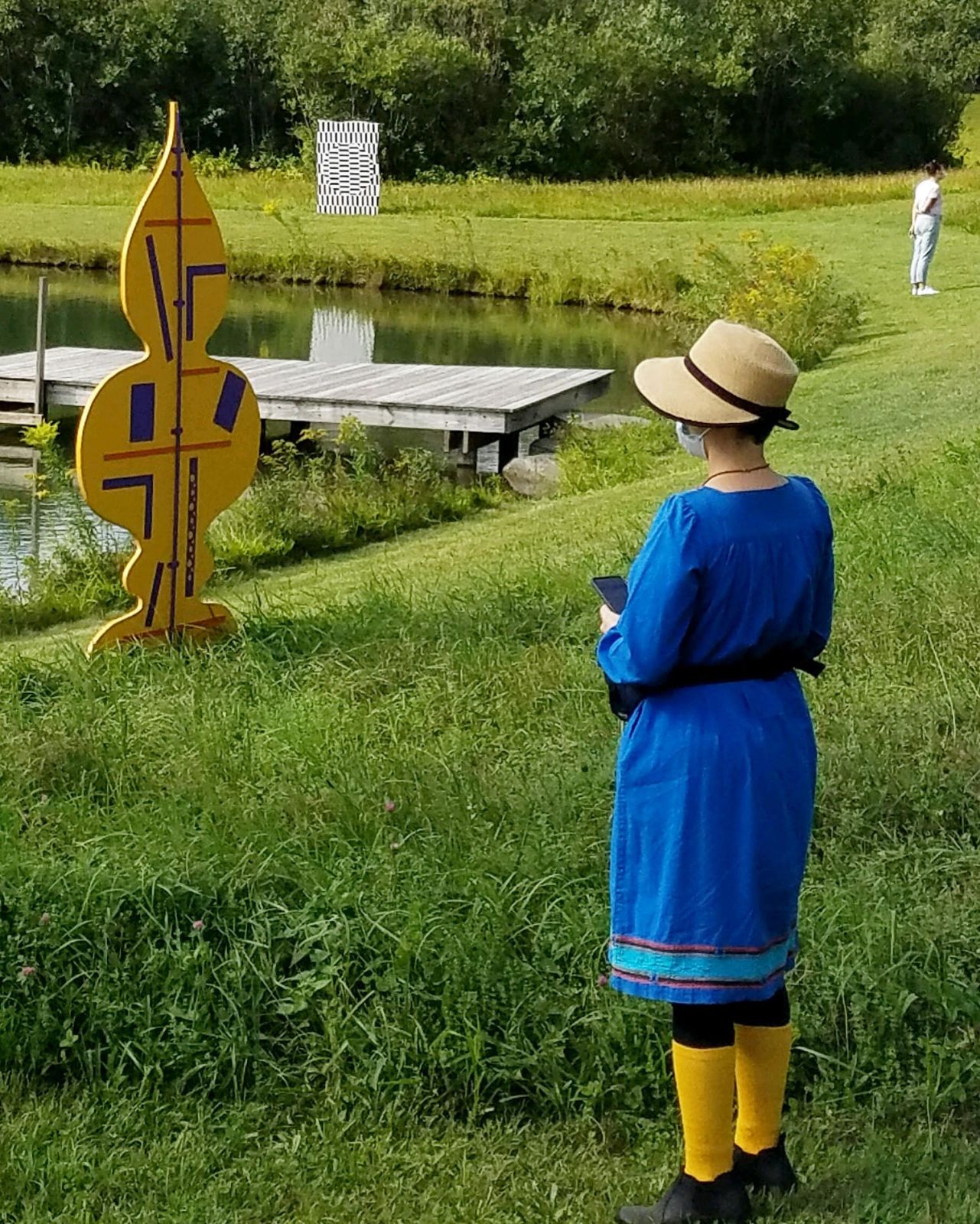 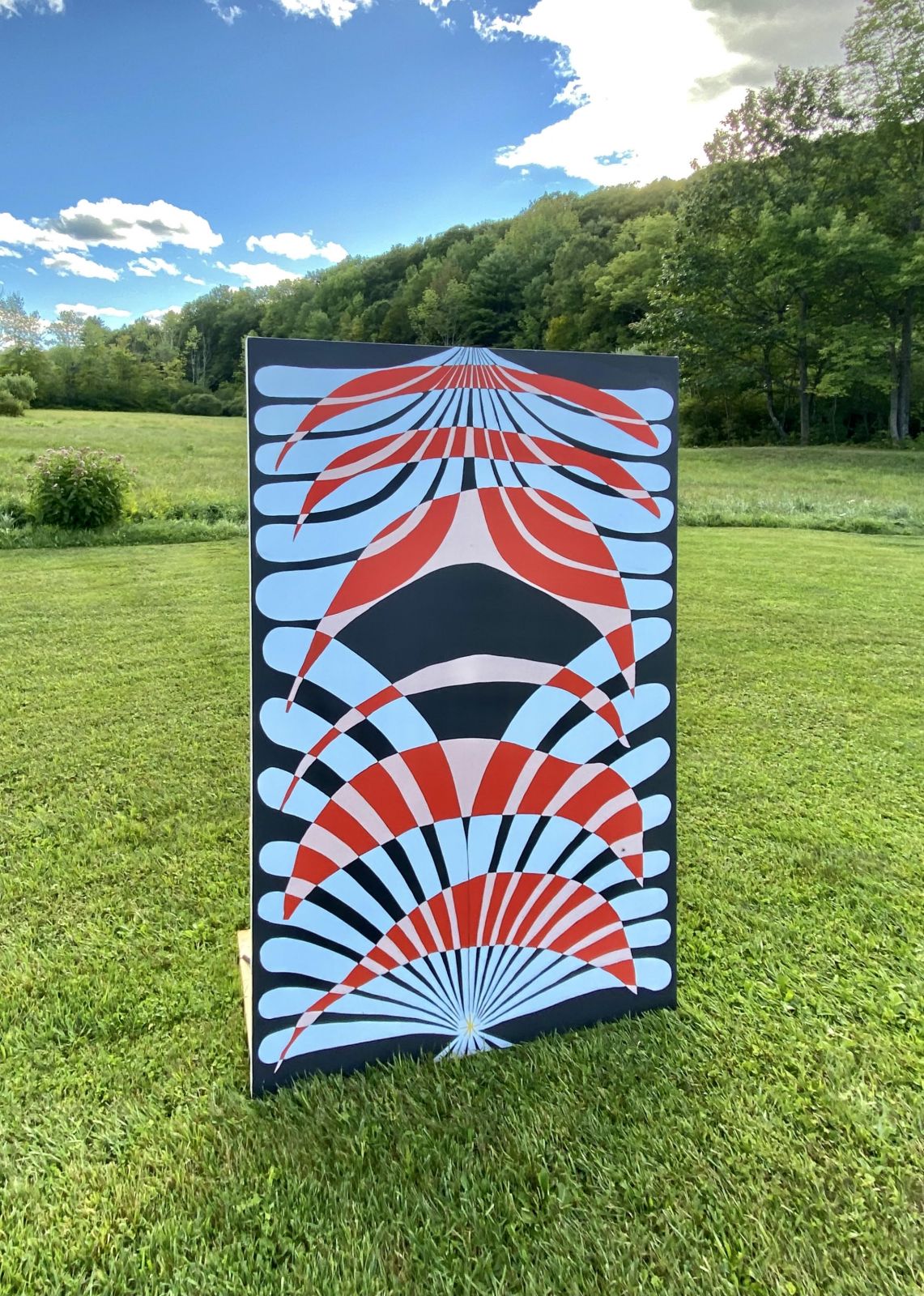 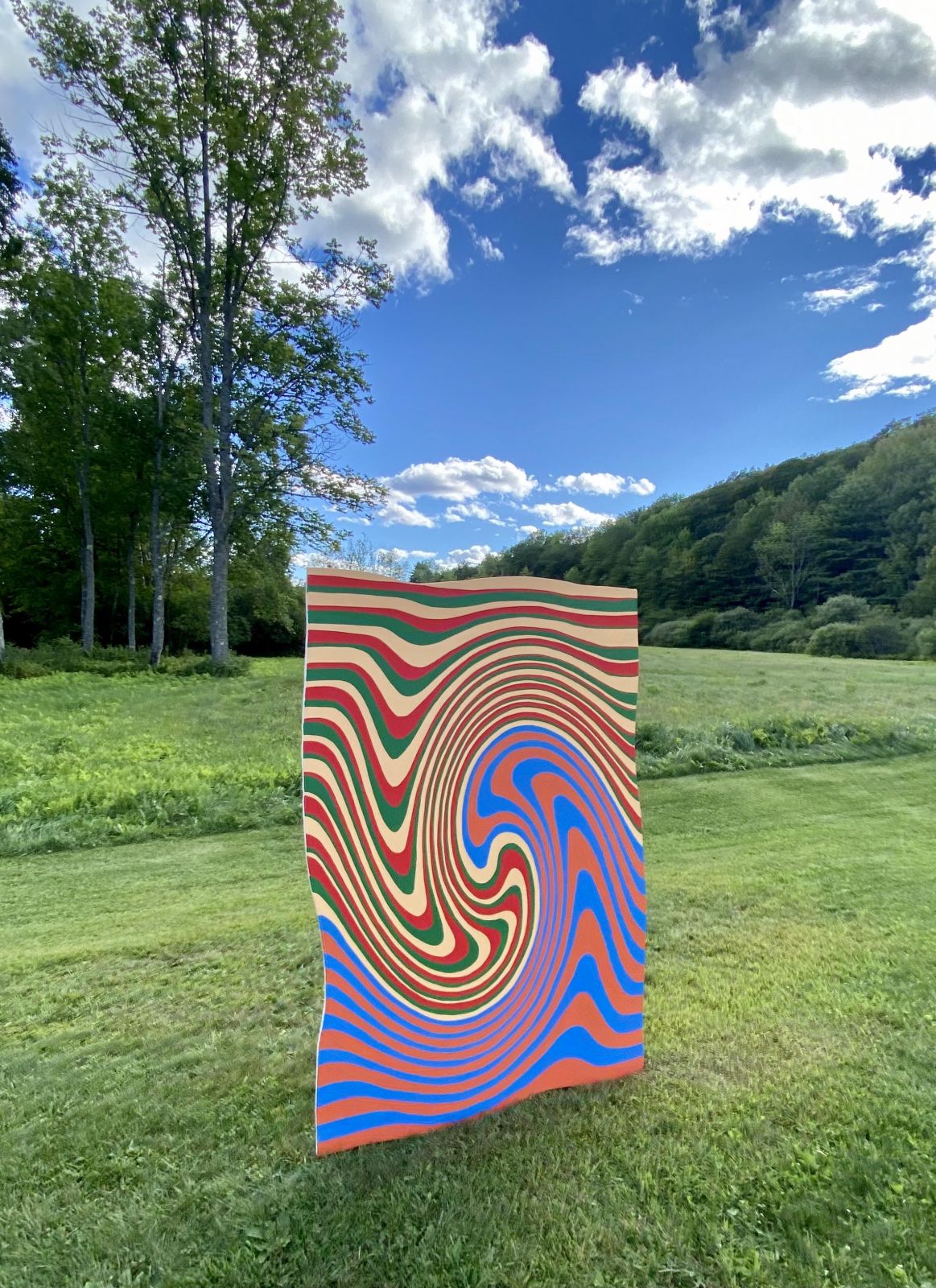