Mini Galerie kindly invites you to the opening of  Supervision, an exhibition featuring Raymond Lemstra, Tim Biskup and Josh Jefferson on Friday the 6th of September 18-21h. Having a deep appreciation for each other’s work the artists have been thinking about collaborating for some time now. Mini Galerie is proud to bring these artists from different parts of the world together in one show.

In mask-like portraits, simple shapes such as triangles, lines and circles arouse immediate recognition: round eyes stare at us, angry, surprised happy or timid. Raymond Lemstra (1978, Groningen, NL) is fascinated by the phenomenon of pareidolia: the imagined perception of a pattern or meaning in for instance a cloud or rock and ascribing human features to it. ‘A square says little on its own, but place it in the context of other forms and they transform into a face and express emotion. The simpler the depiction, the more room there is for our own interpretation. A sign that represents an eye can evoke a more powerful feeling than a real eye.’

Tim Biskup was born in Santa Monica, California in 1967. His melodic paintings are sourced from a lifelong fascination with popular culture, punk rock and experimental music. He received a compelling combination of technical training from art school (Otis Parsons) and years in the trenches of the animation industry (Cartoon Network, Spümco, Disney). Vibrancy, psychedelic colour and an ever-engaging visual intensity characterise Tim Biskup’s artistic output, which encompasses paintings, sculptures, prints and toys.

Josh Jefferson has made visual art seriously since the late 1990’s with a singular drive that combines material experimentation and visual simplicity, comics, collage and a fetish for the lush verso of antiquated source material; a tactile, albeit intellectual result of his fondness for the past. He is as unafraid of forging a face from 3 strokes of brush, pen and ink splatter as he is of layering a dozen disparately drawn discards into a harmonious whole. Jefferson doesn’t seem to concern himself with end results, but the laboratory’s immediacy is his prevailing enchantment. He makes marks with learned abandon; he erases them with naiveté and concision. 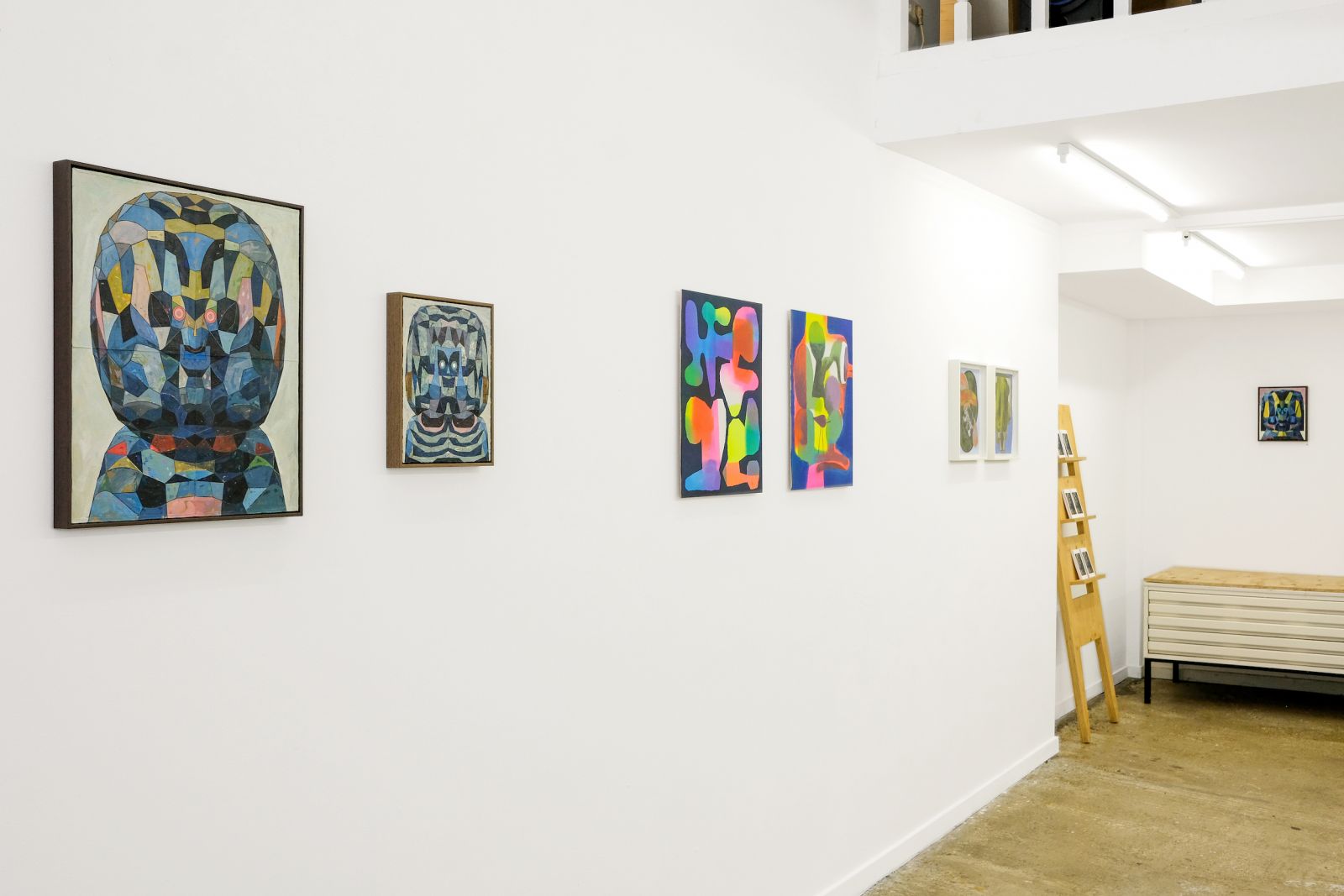 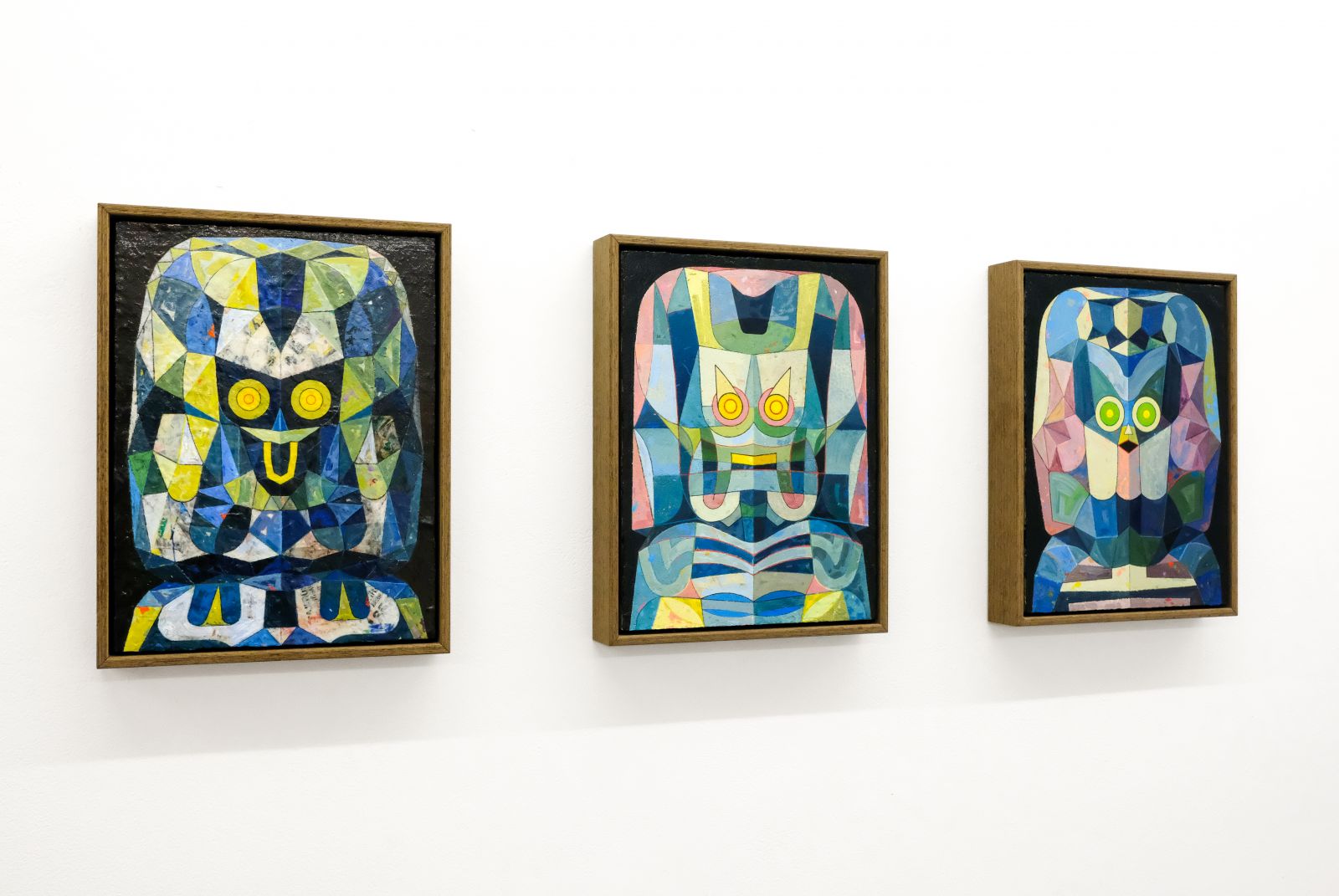