Mini Galerie is excited to present our upcoming solo show with Stephen Smith, titled Desire Lines. This exhibition is our second solo exhibition with Smith following his Radical Utopias exhibition in 2016. You are kindly invited to attend the opening on Friday the 10th of May, 18-21h. The artist will be present.

In Desire Lines Stephen Smith presents a new body of work, consisting of works on paper and canvas alongside wooden and cardboard sculptures. In this series Smith has continued his studio practice investigating processes of deconstruction in painting such as collaging together with stitch large sections of canvas, but this new series also see’s the artist explore these formal elements together with a more concentrated bolder palette and set of organic motifs. Similar to ‘Desire Lines’ – the paths that represent the shortest route between two points and are made over time by the wishes of pedestrians – Stephen Smith has found his own ‘desire lines’. These are reduced, pure and free, while still embodying the processes in his work that he is known for the work is stripped right down to its core without loosing its complexity. 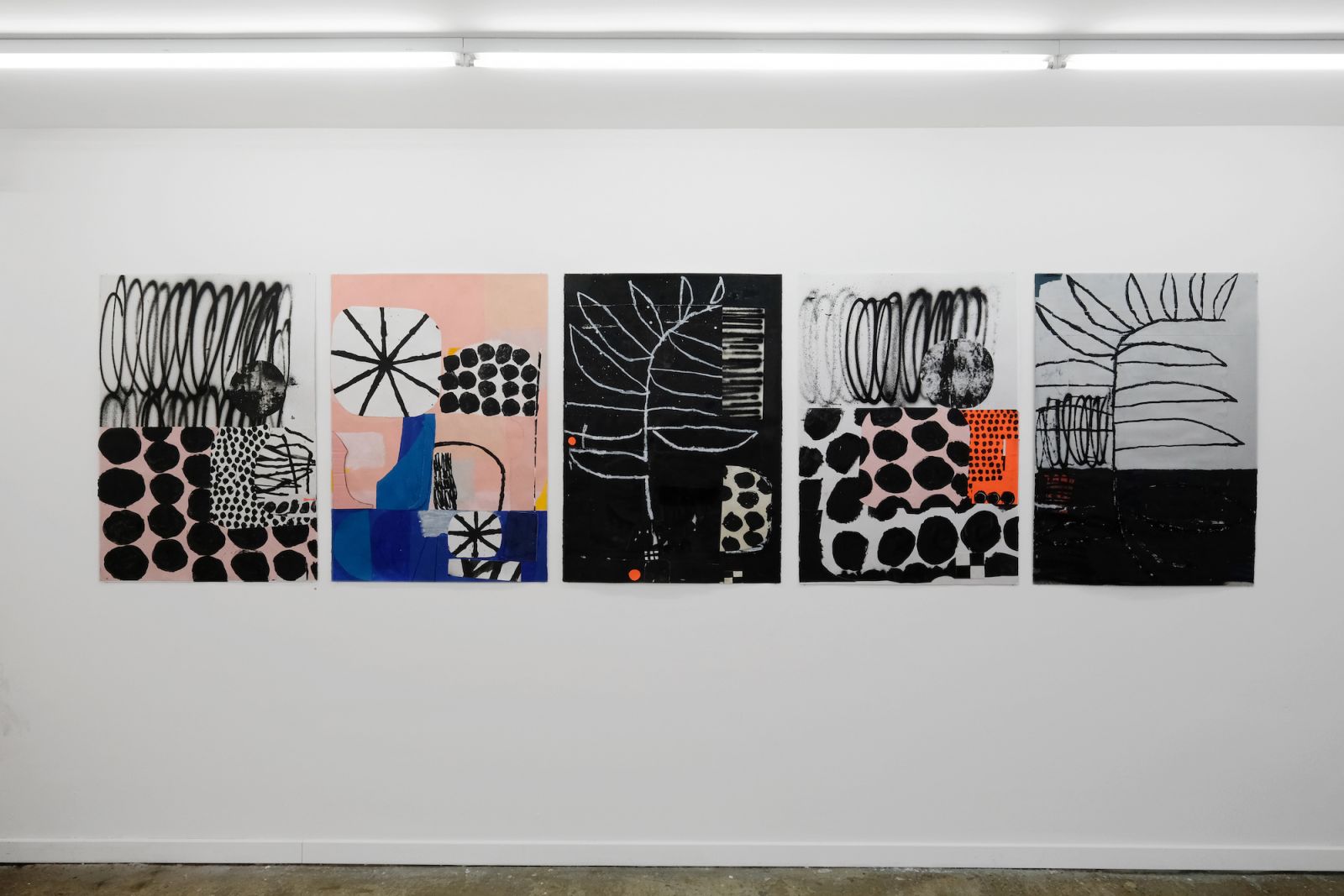 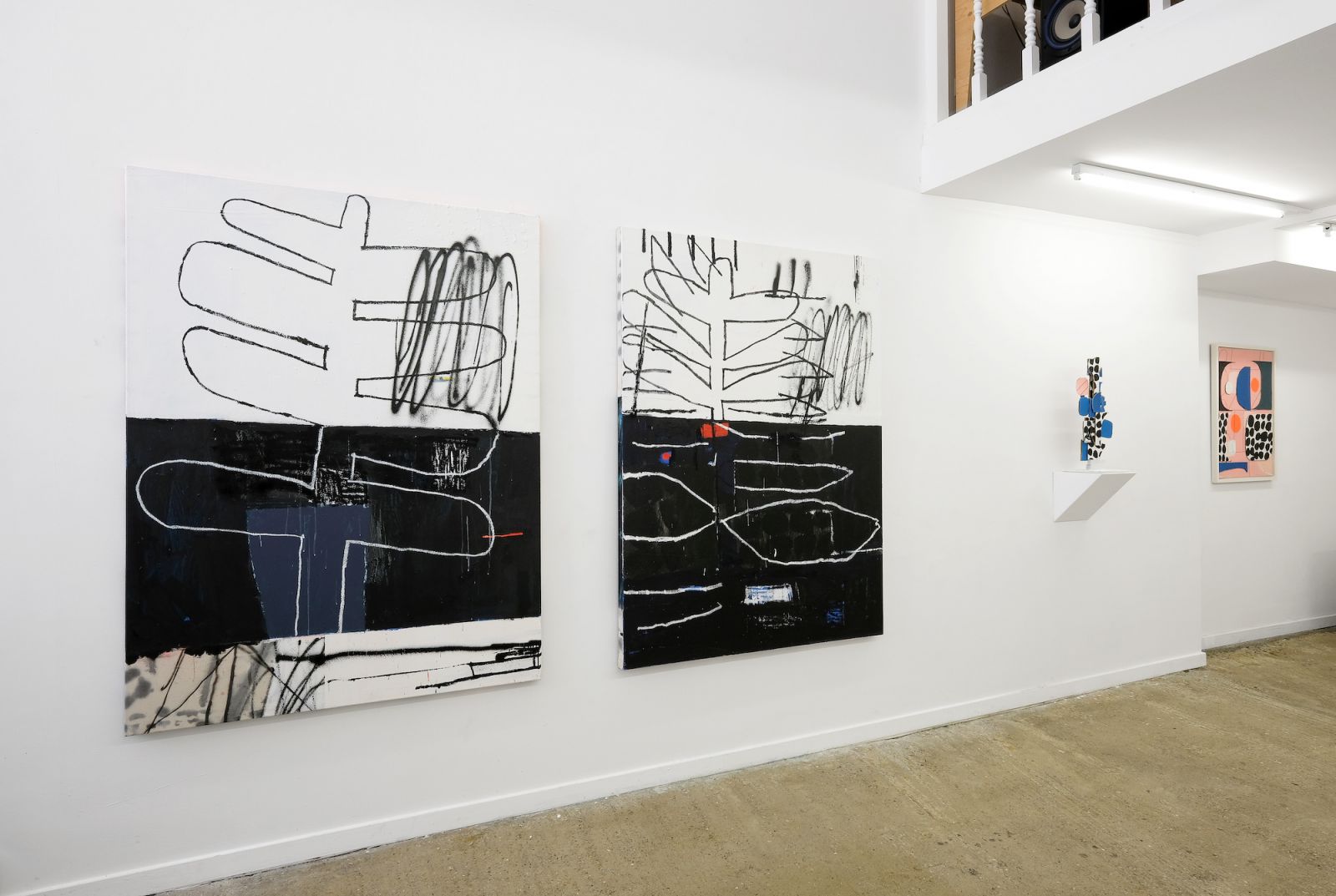 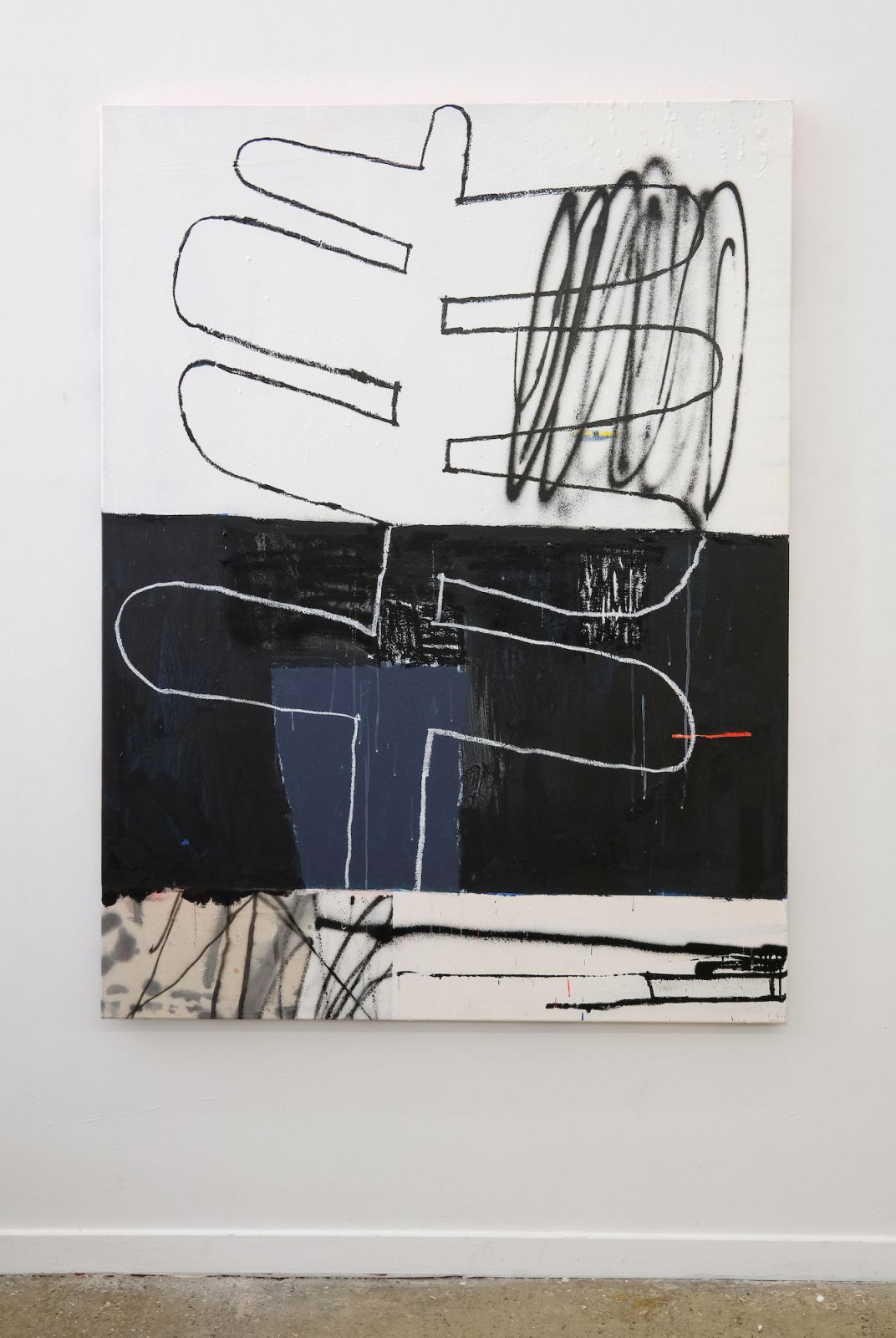 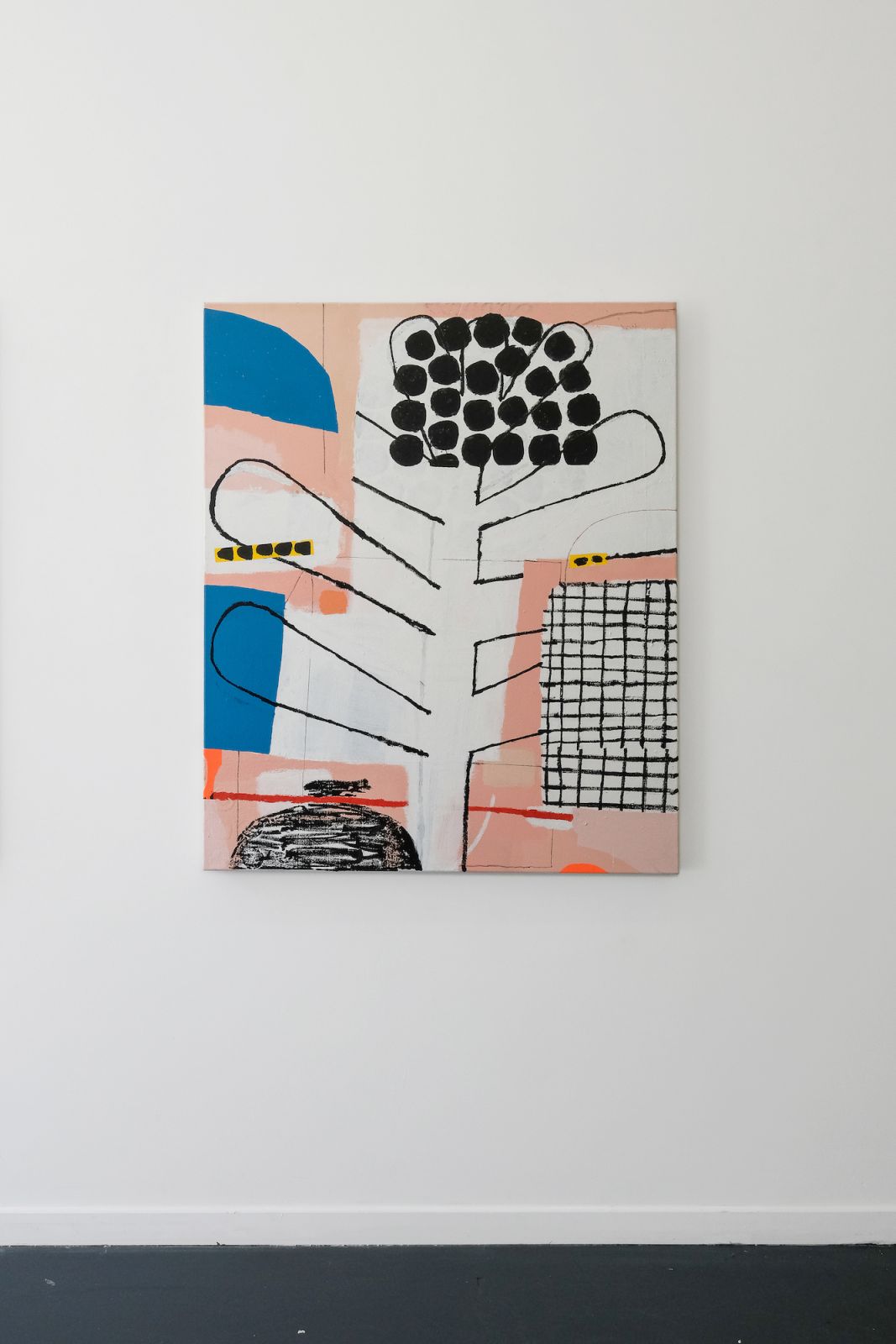 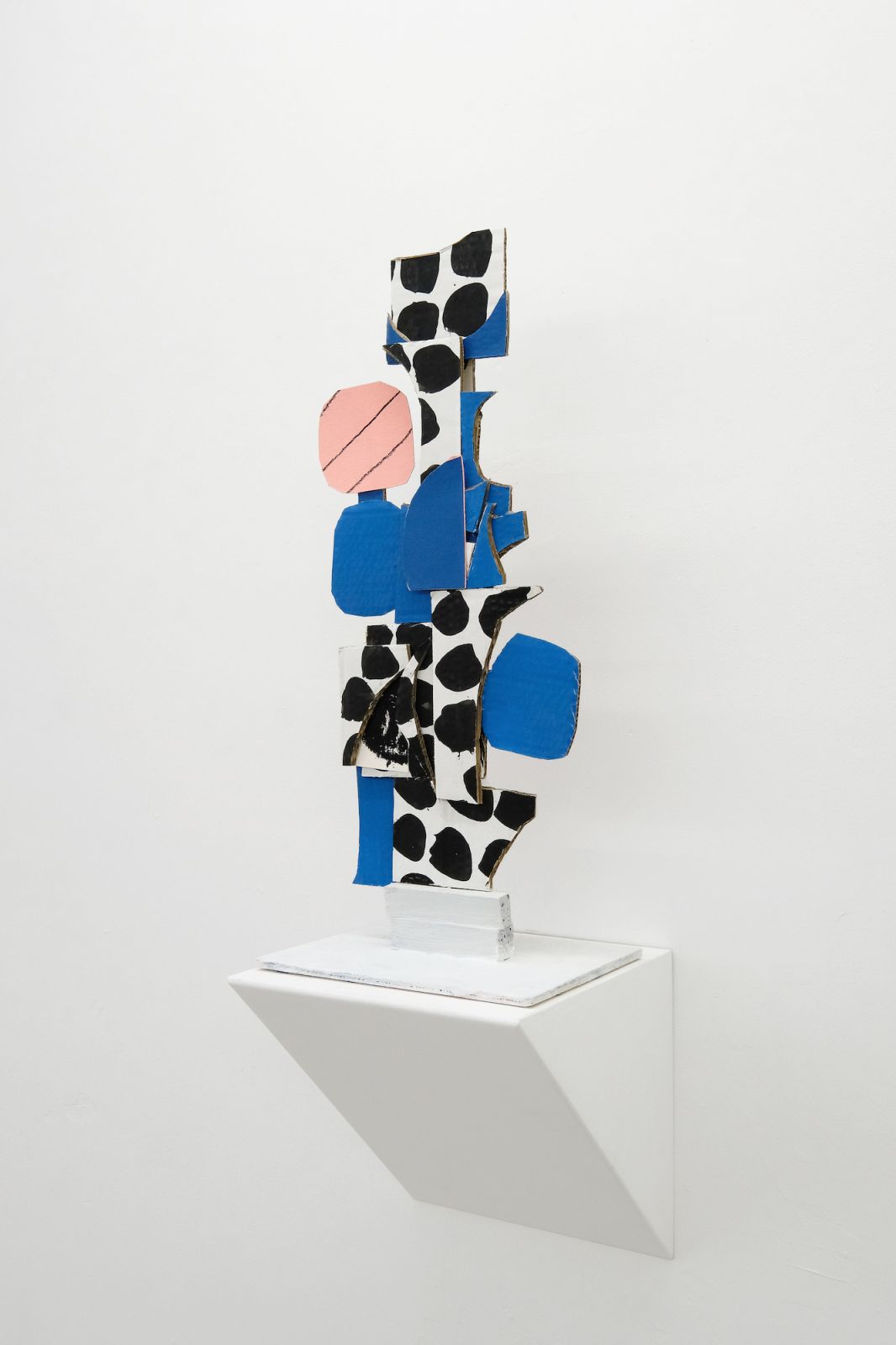 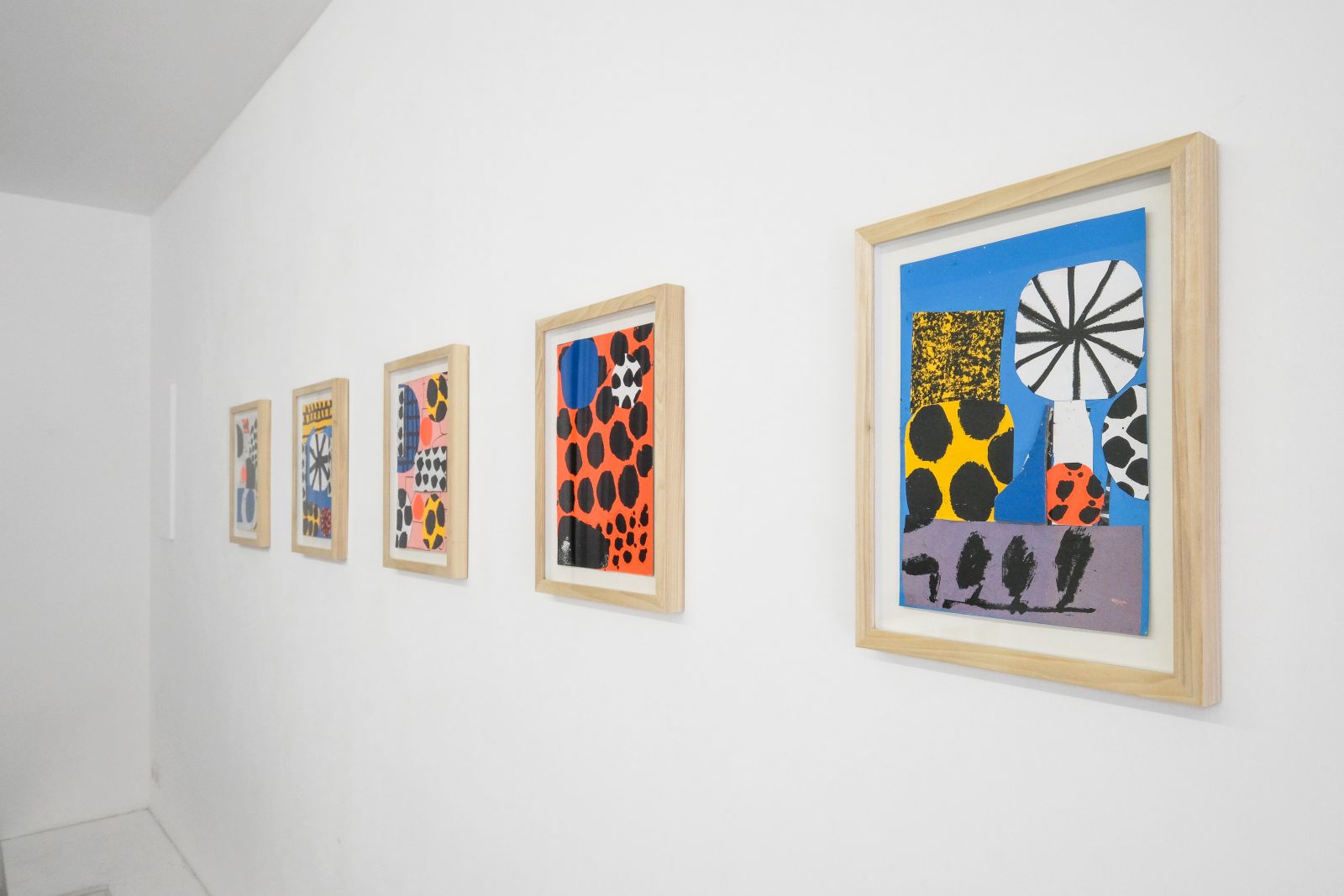 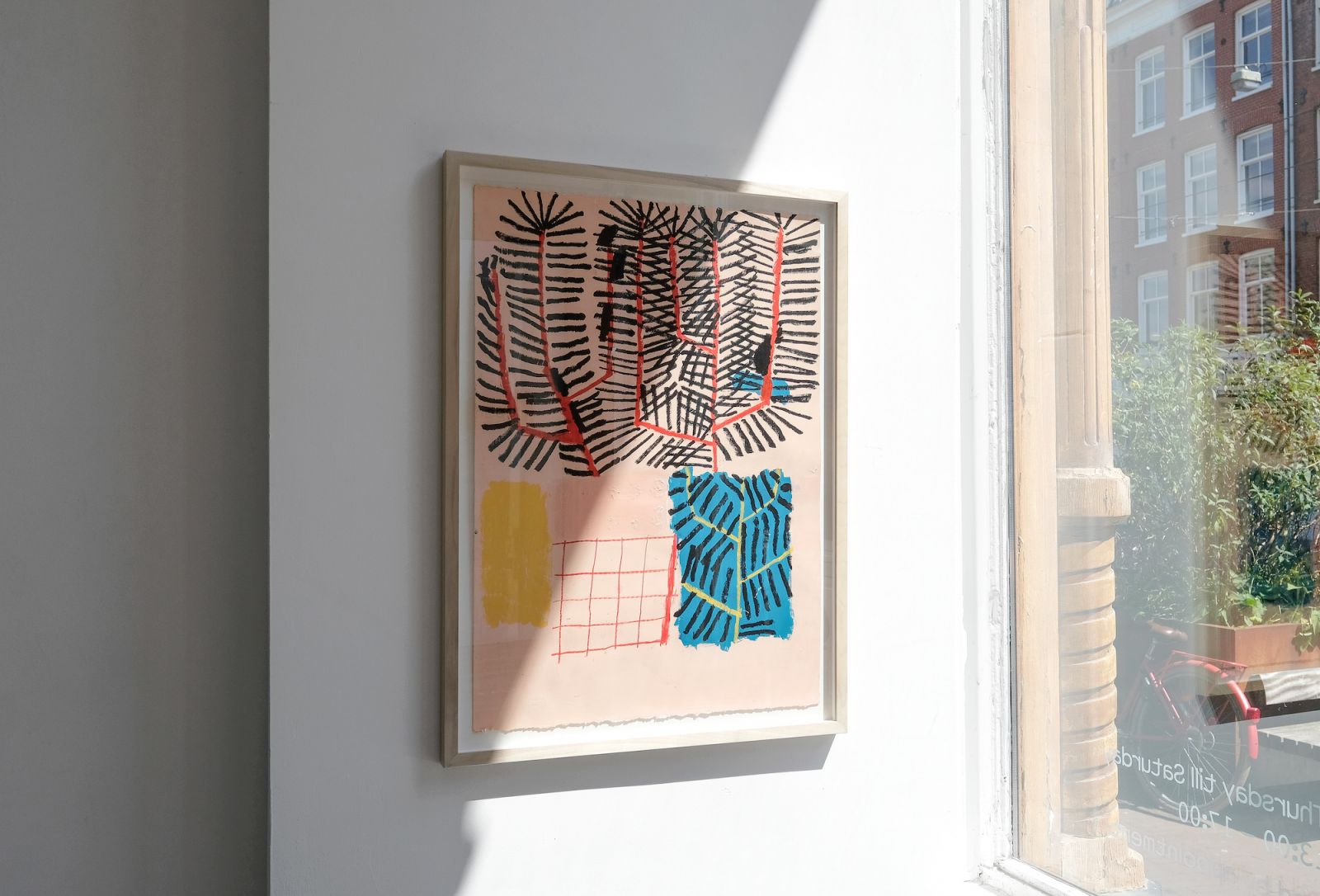