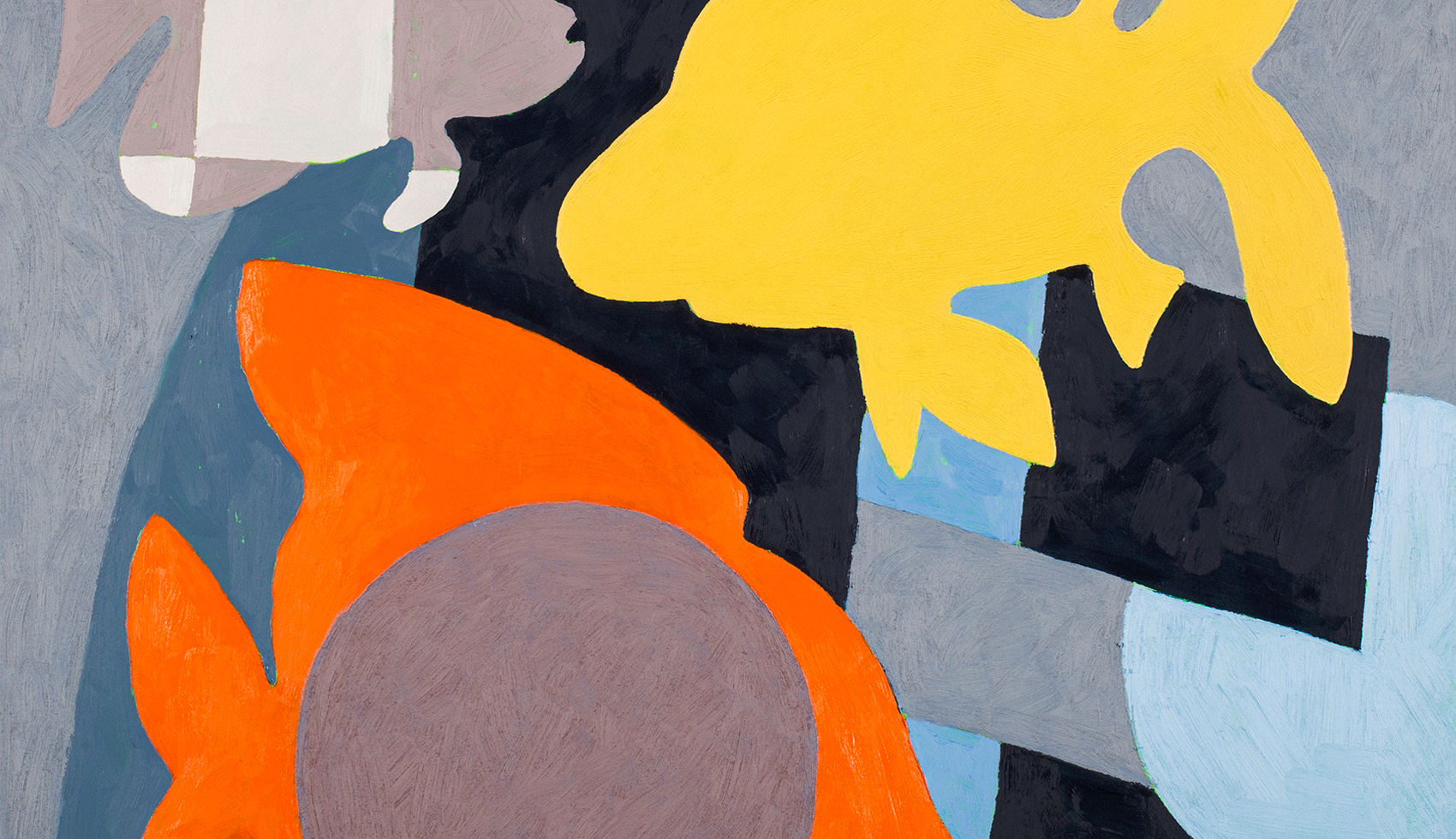 Jordy van den Nieuwendijk has been making art since 2005, starting out with roots in graffiti. After becoming tired of making work which by nature was unsigned and anonymous, he spent five years training at the Graphic Lyceum in Rotterdam and also spent some time at the The Royal Academy of Art in The Hague. He famously held a funeral for his past alter ego, Superoboturbo, after becoming bored with his artistic style and then was ‘reborn’ creatively. As of recent, he has been making work using a palette of primary colours and simple, recognisable subjects such as: people, plants, automobiles, figures with spectacles and curly hair surrounded by shapes we associate with joy: swirls, loops, squiggles, corkscrews, sun.